HomeOpinionConservatives Must Not Squander This Opportunity

Conservatives Must Not Squander This Opportunity 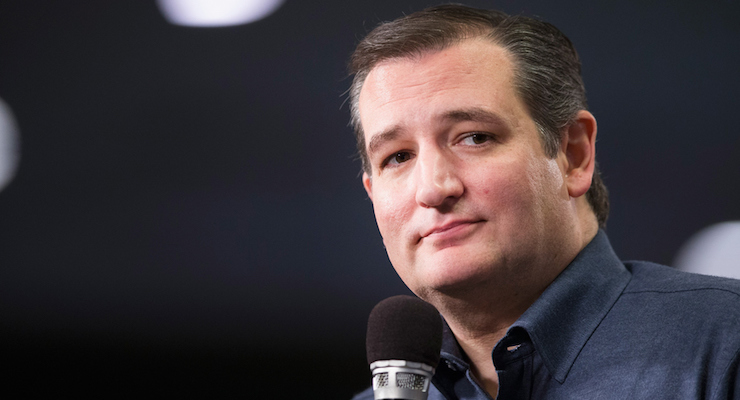 As a supporter of Ted Cruz I have had many supporters of other candidates tell me that he would not be electable in the general election. I disagree.

Yes, Cruz is caricatured in social media and elsewhere as unlikable and as one who doesn’t play well with others. He’s too extreme and we need someone who can draw independents to win, and, once elected, unite us in bipartisan action. He just isn’t as handsome as Rubio, they say.

Yet I have seen polls showing that Cruz is the most well-liked candidate among Republican voters, so you can’t always rely on anecdotal evidence — or expert commentary. The reason is that we all have a tendency to project our own feelings on to the general population.

How could Cruz get legislation through Congress if so many of his Senate colleagues don’t like him now, ask the critics. We can’t afford any more gridlock.

Well, one reason Cruz is unpopular among many of his colleagues is that he honored his campaign promises to stand up to President Obama and resist his wasteful, unreasonable budgets. Establishment members of Congress and pundits have preemptively declared defeat before each budget discussion. Their cookie-cutter analysis concluded that no matter how outrageous Obama’s demands, Republicans would lose the PR battle because they are perceived as the party of less government.

Plus, critics maintained, the Republicans never had enough votes to filibuster or override a veto, so any strong resistance was foolish and would just make them look worse to the people and cause them to lose the next election. “Just wait until we regain power; then we’ll be tough.”

When Cruz, among very few others, listened to his constituents instead of the defeatists in his own party and proceeded to fight, he was castigated as a grandstander and manipulator who was placing himself above the party and the nation. I remember arguing with many of these people at the time that it is very important that Republicans take strong stands against Obama.

You see, I didn’t believe Cruz was quixotic. I didn’t view these budget battles solely in the short term. Rather, I had the long view in mind. I think there is some chance we even could have prevailed if Republicans had unanimously united in opposition to Obama’s reckless budget submissions, but I was certain that if we didn’t fiercely resist him and publicly make our case in the process, we would face serious consequences with the electorate that had twice resoundingly rejected Obama’s agenda in the off-year congressional elections.

I have said before that the establishment gave birth to Donald Trump by surrendering to Obama too quickly and not vigorously opposing him. Indeed, I believe the Republicans’ failure to join Cruz in these budget battles was a contributing factor. Their calculus about that always-looming next election should now be seen as folly. The grass roots simply didn’t believe the GOP was fighting for them, and now we are all paying for it.

The grass roots believed that even conservative Republicans were too feckless or ineffective to oppose Obama’s agenda, and many are overreacting and choosing Trump. They don’t seem too concerned about whether he is a reliably consistent conservative, or about his record of supporting many liberal causes.

How ironic that Ted Cruz is being punished by people because few of his colleagues would stand with him against the establishment. He has, with his actions, demonstrated himself to be a far sharper thorn in the establishment’s side than Trump and his rhetoric. Cruz is the guy that stood up to the establishment from the inside and proved he could not be pressured by his peers to go along to get along. Isn’t that what the grass roots have been craving all these years?

It’s also ironic that Trump is reputed to be the person who stands up to the establishment and get things done. But he is the one who has boasted in this campaign about his willingness to work with the establishment.

Ted Cruz is remarkably brilliant and has proved more than any politician in modern times that he will do in office precisely what he promises to do in the campaign. This isn’t expedient rhetoric; it’s his proven track record.

Concerning electability, Cruz, in a general election campaign, would articulate conservatism with a flair we haven’t seen in a presidential campaign since Ronald Reagan. I have always believed that if conservative ideas are clearly and unapologetically communicated they will energize the base and attract millions of others. These are positive, optimistic, and contagious ideas that for decades haven’t been presented clearly, without dilution, and with utterly authentic conviction.

Ted Cruz believes he can reignite the old Reagan coalition and lead us to victory. I firmly believe it too. And if he wins with such an unambiguous message, he will have the clearest of mandates to pursue his agenda with a Congress elected along with him.

Republicans and conservatives must not overreact and throw the hay out with the pitchforks, when we can have the real deal with Ted Cruz, who will steer America back on the right course, first reversing Obama’s destructive agenda and then implementing conservative principles to restore America’s glory.

This really isn’t that complicated. Cruz is the conservative candidate conservatives have longed for, and it would be tragic if we squander what could be our last opportunity.
[mybooktable book=”the-emmaus-code-finding-jesus-in-the-old-testament” display=”summary” buybutton_shadowbox=”true”]