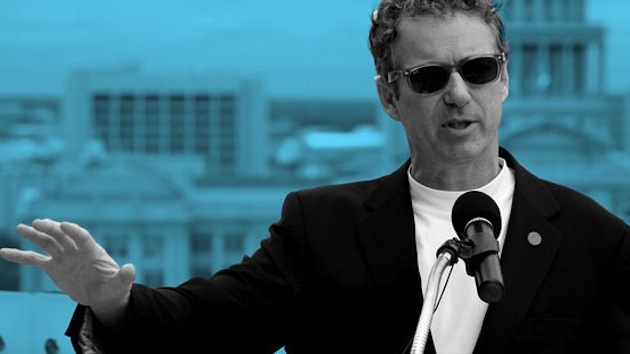 We libertarians must be doing something wrong. Maybe our anti-government message is too radical, says Jerry Taylor. Maybe we should soften our approach.

“Libertarians need to be more realistic,” Taylor told 500 young people at a taping of my TV show at last week’s International Students for Liberty conference. In electoral politics, he said, finding libertarians is “like trying to find a daisy in Hiroshima” after the nuclear blast.

Taylor, a smart libertarian who runs a think tank called the Niskanen Center, says to become more popular, we libertarians ought to change our views. He criticized Rand Paul for saying that in 1964 he would’ve voted against the Civil Rights Act.

Actually, Rand didn’t say that. He supported the act’s ban on government racism, like Jim Crow laws. He objected only to the act’s ban on private discrimination. Rand was right to object. If owners of a private business want to serve only gays, basketball players or bald men, that should be their right.

Market competition will punish bigots for their narrow-mindedness, because some people will avoid that store. There’s no need for government force.

“Right,” said Taylor, but “5 percent of the American public says yes to that, and 95 percent say no. … They’re not going to embrace a candidate who says, tough, people should just suffer under the teeth of bigotry because white people have that right.”

I suppose Taylor is correct. Voters prefer simple answers (“Mexico will pay for a wall!”). They don’t want constitutional lectures about property rights or free association.

Taylor is fine with welfare spending, too. He points out, “Even people like Milton Friedman and F.A. Hayek supported a safety net to help the indigent.”

Taylor and some other libertarians sound like “reform Republicans” who want free-market advocates to embrace the welfare state. They think they’re being practical, realistic.

But we free-market supporters know what really creates prosperity and opportunity: economic freedom! We saw it work in America when America was young. We see it now in Hong Kong, Singapore, New Zealand, Switzerland, Australia and other countries that today offer more economic freedom than the United States.

I said to Taylor, rudely, “Your plan for victory is to surrender?”

“No,” replied Taylor. “I don’t think it’s surrender to say that the rights and freedoms of people in this country can be secured by government.”

I don’t either. But America’s government has gone well past “securing rights and freedom.” Today’s welfare state provides much more than a safety net. It’s become a giant hammock that encourages dependency. Government today takes half our money and micromanages the workplace.

But Taylor criticizes libertarians who complain about that and “reflexively” talk about “taxes and spending and regulation. Other things are important too, like war! War is the engine of the growth of the state. Hundreds of thousands of people die.”

All true. We libertarians should probably talk less about taxes and more about what we’d do about ISIS and how to help poor people without using government force.

But I won’t “soften” my arguments. I know they are right. After years watching liberal and conservative “solutions” fail, I know that limited government is the better way. We haven’t convinced today’s voters, but people aren’t endlessly foolish. If we keep fighting, maybe they will see the truth.

The forum will air, unfortunately, on April 1. But this is no April Fools’ Day joke. Our future is a stake.

Is Ted Cruz as Tough as Donald Trump?

Trump is Not The Enemy, Big Government Is