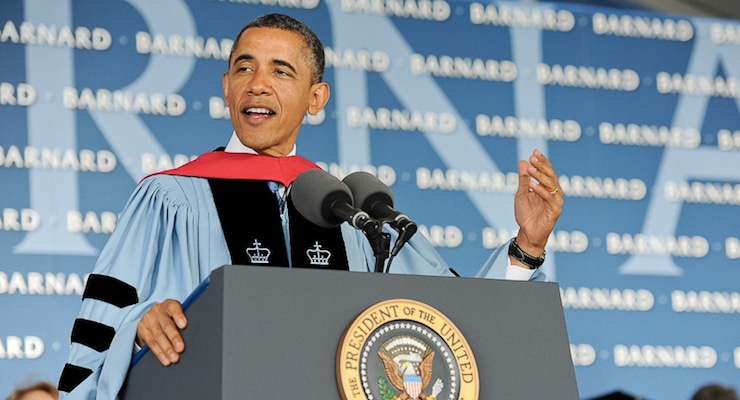 This is the season of college Commencement speeches — an art form that has seldom been memorable, but has increasingly become toxic in recent times.

Two themes seem to dominate Commencement speeches. One is shameless self-advertising by people in government, or in related organizations supported by the taxpayers or donors, saying how nobler it is to be in “public service” than working in business or other “selfish” activities.

The second theme of many Commencement speakers, besides flattering themselves that they are in morally superior careers, is to flatter the graduates that they are now equipped to go out into the world as “leaders” who can prescribe how other people should live.

In so far as the graduates go into “public service” in government, whether as bureaucrats or as aides to politicians or judges, they are to help order other people around.

It might never occur to many Commencement speakers, or to their audiences, that what the speakers are suggesting is that inexperienced young graduates are to prescribe, or help to dictate, to vast numbers of other people who have the real world experience that the graduates themselves lack.

To the extent that such graduates remain in government — “public service” — they can progress from aides to becoming career politicians, bureaucrats and judges, never acquiring the experience of being on the receiving end of their prescriptions or dictates. That can mean a lifetime of people with ignorance presuming to prescribe to people with personal knowledge.

However well-educated the students might be in particular narrow fields — and, in too many cases, they have not gotten even that — what the graduates might have, at best, is a foundation for acquiring the real world experience necessary to complete their education and fulfill the ancient admonition, “With all your getting, get understanding.”

It was my personal good fortune never to have been present at a college or university Commencement speech until I was 46 years old. In my earlier years, my college and postgraduate degrees had been mailed to a forwarding address that I left behind when I took leave of the campus at the earliest opportunity.

At age 46, I was a Commencement speaker, and had to be told and shown how to wear the regalia. By the time I actually heard someone else give a Commencement speech, I was in my 50s — and knew enough by that time to be appalled, rather than inspired.

It was also my good fortune not to have gone to college until I was several years older than most people. At an age when too many young people have been told too often how brilliant and exceptional they are — presumably to promote “self-esteem” — I was working at unskilled labor jobs and struggling to buy food and pay my room rent.

Having to start work at the bottom was a blessing in disguise — and extremely well disguised at the time.

I learned the hard way that the good grades I had earned before dropping out of school were of no use to me in my low-level jobs. No one told me how brilliant I was. They were too busy correcting my mistakes.

It was painfully obvious that adults around me understood much more about their work — and about life. This taught me inescapable lessons and respect for people who had no academic pretensions but a lot of common sense.

It would take a lot more than lofty Commencement speeches to undo those lessons. We all have windfall gains and windfall losses. But, all in all, I feel lucky compared to those graduates who are so vulnerable to slick Commencement speakers.
[mybooktable book=”wealth-poverty-and-politics-an-international-perspective” display=”summary” buybutton_shadowbox=”true”]

The Cure for Expensive Cities Is Moving Vans