HomeOpinionWhat if the Government Is Not Worth Thanking?

What if the Government Is Not Worth Thanking? 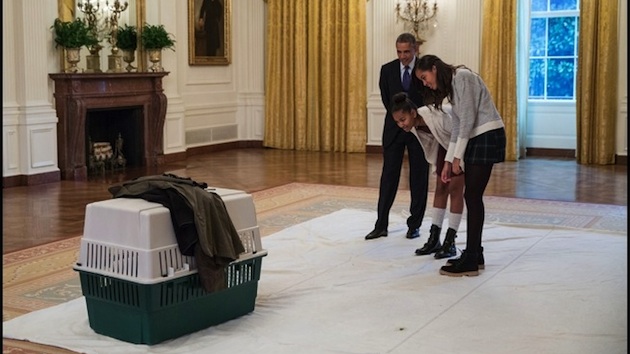 President Barack Obama and daughters Sasha and Malia look in on Mac, one of two turkeys spared this year from the Thanksgiving dinner table by presidential pardon, in the East Room of the White House prior to the annual National Thanksgiving Turkey pardon ceremony, Nov. 26, 2014. (Photo: Pete Souza)

What if on Thanksgiving Day there is more to be fearful about than there is to be thankful for? What if our political season from hell is not over but merely transformed? What if the election season through which we all just suffered is a portent of things to come?

What if the election was decided not on issues but on emotions? What if most people who voted for president chose the candidate they hated less? What if people talked more about videotapes, emails, private behavior and public deception than they did about issues that arise under the Constitution? What if the videotapes and the emails aroused feelings of disgust that motivated millions of voters to make choices? What if those emotional choices led them to Donald Trump over Hillary Clinton?

What if, on the issues that arise under the Constitution, Clinton and Trump have a common belief at their core — that government should expand to address whatever needs the politicians who run it can identify?

What if the public injection of the FBI into the political process during the height of the presidential campaign was without precedent or legal justification? What if it was expressly prohibited by long-standing federal practice? What if the Department of Justice was determined to exonerate Clinton no matter what evidence of criminal activity on her part was discovered by the FBI?

What if the FBI nonsense about Clinton emails on Anthony Weiner’s laptop was just that — nonsense intended to ensure a Clinton electoral defeat in return for her legal exoneration? What if that is a trade-off that the FBI has no business offering and no lawful right to make?

What if those three mandates have contributed to the increased cost of health insurance and the decreased availability of the services of medical professionals? What if President-elect Trump now supports those three mandates, against which he railed aggressively and vociferously when he was a candidate?

What if he supports President Barack Obama’s claimed right to use drones to kill Americans who have not been charged or convicted of any crime when they are in foreign countries? What if Trump believes he can legally torture Americans, not as punishment for the commission of a crime but to extract information from them? What if he believes he can kill the innocent spouses and children of those foreigners who are harming American interests? What if torture for any purpose and knowingly targeting innocents for death are war crimes and the president is not immune from being prosecuted for them? What if Trump, like Obama before him, believes he can lock people up without charges or a trial or access to the courts?

What if on Thanksgiving, instead of thanking, we engage in thinking — about human freedom, limited government and government fidelity to the Constitution that created it? What if, while being thankful for life and liberty, we think about ways to preserve them? What if we recognize that when our government breaks its own laws, it assaults the fabric of our republic? What if we are thankful for the recognition of that?

What if on Thanksgiving we re-evaluate the relationship of the individual to the state? What if we begin by demanding that the government work for us and not the other way around? What if instead of just accepting the new government, we try to limit it?

What if we advance the idea that the individual has an immortal soul and the government is a temporary organization based on a monopoly of force? What if we can cause the government to recognize that because our souls are immortal, there are vast areas of human behavior in which we do not need a government permission slip in order to make personal choices? What if we call these choices in these areas natural rights?

We Can Attack Global Warming Without Trump