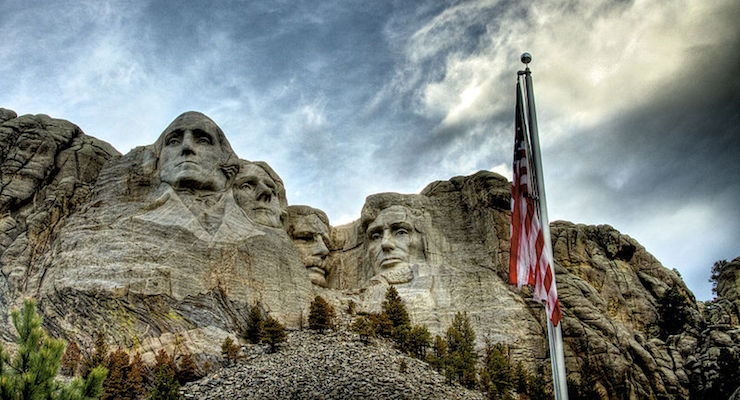 The medieval Tuscan town of Assisi is one of the best-known tourist destinations in the world. It is also the birthplace of the founder of the Franciscan Order, St. Francis. Its art, architecture, and religious significance make it one of the most fundamentally important symbols of European culture. And here’s a new twist: if you are an Italian couple that just happens to conceive while staying in a hotel in Assisi, you can bring back the birth certificate and if the dates kind of match, you’ll get a full refund of your hotel fees courtesy of the city government.

Let’s let that sink in; you and your spouse want to have a baby, maybe desperately, but just cannot bring yourself to go ahead with it. Along comes a 200 euro refund nine months in arrears and BAM! you’re off to the races.

If ever there was a first prize for the admission of total cultural and moral bankruptcy by the modern Western civilization, this little gem of a policy out of Assisi of all places is a guaranteed shoe-in. And it is not winning in an uncompetitive field; many European countries from Denmark to Italy are putting in place policies and engaging in advertising campaigns designed to increase the dismal birth rates among their indigenous populations, often hovering around one birth on average per woman per lifetime (2.2 average is considered the threshold for population sustainability).

The common thread for these efforts is the offer of economic incentives that amount to a few hundred or at most a few thousand euros, a pittance when one realizes that the real cost of bring up a child to age 18 averages around 150,000 (yes, one hundred and fifty thousand) euros. This fact is, of course, not unknown to the Eurocrats. Why then do they even bother? The answer is that it’s the best they can do without admitting to a 70-year colossal mistake and committing cultural, political, and moral seppuku.

Why and when do homo sapiens have children? The answer, as is always the case in science, is: when the necessary and the sufficient conditions are met. What is the necessary condition? Simply having access to sufficient calories to have intercourse and carry the baby to term. This is biology. I can hear the cries now: we are not animals; we have free will magnified through the means of birth control and abortion on demand. And that brings me to the sufficient condition. Simply stated, we must want to have children. There must be a positive reason to engage in this enterprise with its unavoidable loss of personal freedom and ruinous financial consequences.

In years past, the reasons were in fact also financial; children helped on the farm or in the family business and played the role of social security when parents became elderly and could no longer provide for themselves. Modern economy and welfare programs have all but done away with these reasons, especially in the West. However, there was always a much deeper reason. Children are the only means to eternal life here on Planet Earth. The truth of this statement depends on a worldview that expands the definition of “life” beyond the accumulation of material goods and physical or even intellectual pleasures. Living fully means living as part of a vibrant and meaningful culture that is unique to one’s extended tribe.

Quiz yourself: Do you know anything about your ancestors? Do you believe that they have, on the balance, contributed something positive to the world? Do you think that you have, in your life, followed in the footsteps of your ancestors? Would you like to tell someone the story of your ancestors so that their work in the world continues? People who emphatically answer yes to all of these questions prioritize having children above anything else under all circumstances. They have a real need to tell their and their ancestors’ story to their offspring and by doing so fulfill their own destiny as a cross-generational link. This is the reason that even among the educated elites in Israel birthrates are above three per woman, way higher than the sustainability threshold. Israeli women get their law degrees and PhD’s while pregnant with their second and third child with the first and second one still in diapers. This is also the reason that the only group of Americans of European descent who have above sustainable birth rate are evangelical Christians.

As to the American coastal elites, money is plentiful, but children are considered a yoke that cannot possibly be justified until every possible “self-actualization” whim is met. In Europe, both Western and Eastern, money is in rather short supply, but people have been known to reproduce under much harsher conditions. For the past three generations Europeans have been subjected to a concerted campaign of cultural delegitimization and outright cultural and religious destruction by their own governments.

There is a clear and unequivocal correlation between drops in church attendance and birth rates. After all, if your ancestors were nasties who oppressed poor peasants at best and engaged in ruthless campaigns of genocide at worst; if your religion is no better or worse than that of the Aztecs who tore the living hearts out of as many as eighty thousand people in one festival alone, why would you bother learning about your past let alone pass it on to anyone?

In stark contrast to the European nickel and dime approach to demographic extinction, Russia has set on a two-pronged approach that includes cultural and religious revival and the extermination of the culture of death that is so pervasive in post-modern European societies. For the first time in a hundred years, there is no Russian figure of any prominence over its one-thousand-year history that doesn’t have a positive side. Ivan the Terrible was actually an enlightened ruler and the progenitor of the Russian Empire; his statue, the first ever erected, was just unveiled. Prince Vladimir, who converted Kievan Rus to Greek Orthodox Christianity is another recipient of a statue. Patriarch Kirill in full regalia walked side by side with the de-facto Tsar Vladimir Putin to the unveiling ceremony. The Russian double-headed eagle, representing the twin pillars of monarchy and church, lives on. Meantime, the West is busy demolishing and hiding the statues of its heroes, be they Confederate soldiers in Virginia or Lord Cornwallis in Nova Scotia.

The Russian government and its various official and unofficial organs have recently declared war on two of the three heads of the culture of death hydra: abortions and euthanasia. While the third head, birth control, is still too difficult to tackle, even the anti-abortion campaign in a country that in the Soviet days allowed abortion at all stages of pregnancy to be used as a means of birth control (the USSR was late to the pill and condoms were as poor quality as all other consumer goods), the war on abortion is remarkable. Consider that the Russian medical term “abort”, was replaced in the Soviet era by the term “cleaning”, implying that the fetus was an impurity that had to be removed and the pregnancy itself a disease that had to be cured. Russia has come a long way.

The West, committed as it is to diversity and multiculturalism agendas, cannot possibly implement the Russian solution because it would simply mean that you are French if your name is Jean-Luc Picard, not Muhammad Atta. And what if Muhammad Atta is a law-abiding citizen with a perfectly legal French passport? What if he was born on the bank of the Seine? Still not French. The implications of implementing such a policy in Europe are unthinkable. In fact, I could be prosecuted there under hate speech laws just for writing these lines. But reality is simple; only this kind of drastic change, the return of the feelings of pride and superiority that people in Europe used to feel when thinking of their cultures and of their ancestors who built them from the ruins of ancient Rome will solve the European demographic collapse.

Amazingly, the situation in North America is even more dire and likely irredeemable. American culture is younger and thinner than its European counterparts. It has also been more drastically repudiated. It is almost impossible to think of the white American elites relearning to admire the pioneer spirit of the original settlers and the toughness that they had to exhibit to survive and thrive. It is equally impossible for the dwellers of American coastal cities to learn that their lifestyle now is owed in full to those first Europeans who won the continent from its aboriginal inhabitants and to be thankful for their sacrifice in winning that war. Finally, it is beyond imagining that the Sunday morning services in Seattle and LA, in New York and DC, will be overflowing again with people who take deep pride in their cultural and religious heritage and cannot wait to pass it on to their offspring.

Praise for a Communist Murderer from a Rogue's Gallery of Politicians