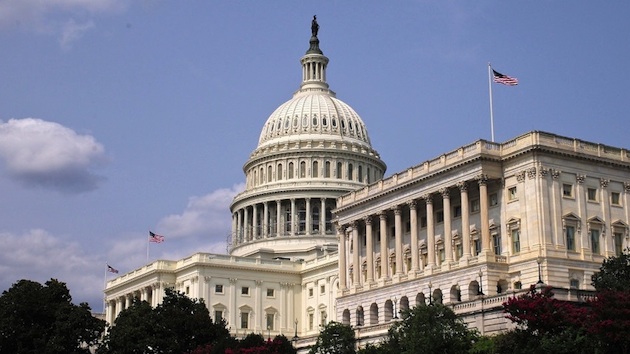 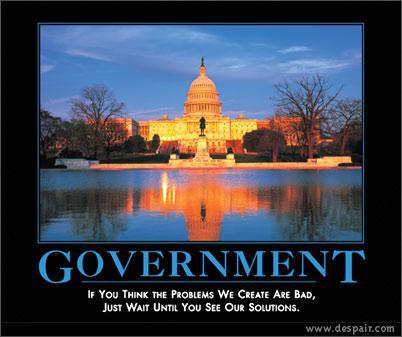 I periodically share this poster, in part because it’s funny, but mostly because it’s true. After all, can you think of many “success stories” involving government?

When I pose this question to my statist friends, I usually get a blank stare in response. Though some of them will offer answers such as the GI Bill, interstate highways, and landing on the moon.

But even if you accept that those policies were successful, it’s rather revealing that folks on the left have a very hard time identifying any success stories from recent decades.

On the other hand, we have a never-ending and ever-growing list of government failures, boondoggles, and screw-ups. And that’s our focus today. We’re going to look at all levels of government for new examples that confirm Bastiat was right. 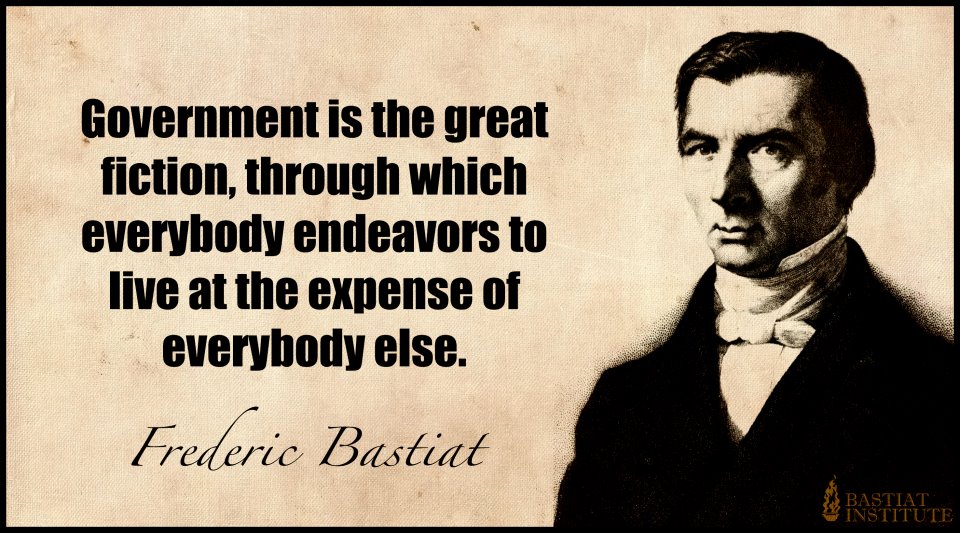 Let’s start with Montgomery County in Maryland, where bureaucrats are waging a legal battle against parents who – gasp! – allow unsupervised play for their children.

Here are some troubling passages from a Washington Post report.

The Maryland parents investigated for letting their young children walk home by themselves from a park were found responsible for “unsubstantiated” child neglect…the finding of unsubstantiated child neglect means CPS will keep a file on the family for at least five years and leaves open the question of what would happen if the Meitiv children get reported again for walking without adult supervision. The parents say they will continue to allow their son, Rafi, 10, and daughter Dvora, 6, to play or walk together, and won’t be swayed by the CPS finding. …The case dates to Dec. 20, when police picked up the two Meitiv children walking in Silver Spring on a Saturday afternoon after someone reported them. …The Meitivs said they would not have allowed the one-mile outing from Woodside Park to their home if they did not feel their children were up to it. …The Meitivs, both scientists by training, embrace a “free-range” philosophy of parenting, believing that children learn self-reliance by being allowed to make choices, build independence and progressively experience the world on their own. …Danielle Meitiv said when she first read the decision, she felt numb. As she reread it, she recalled turning to her husband and saying: “Oh my God, they really believe we did something wrong.” …Danielle Meitiv said that in spite of the decision, her children played at a nearby park by themselves Monday, when schools were closed for the snow day.

I confess that I was more paranoid than the Meitivs when my kids were young, so I can’t claim to have followed the same “free-range” approach.

But I also tried to avoid being a “helicopter” parent.

Not that my decisions on child rearing matter. What’s important from the perspective of public policy is that the Montgomery County bureaucracy is trying to dictate how to raise kids. And there’s a very clear implicit threat that it will arrest the parents and/or confiscate the children if the Meitivs don’t acquiesce.

And if you think I’m exaggerating and governments don’t behave this way, check out the story of the mom who was jailed overnight because her kids played outside – while she was watching them!

All of us should be outraged, regardless of our parenting approach. Now let’s look at an example of a state government in action.

As reported by the Washington Post, the Georgia State Patrol enjoyed a Keystone Cops moment when it raided an old man because…drum roll, please…he was growing okra.

A heavily-armed K9 unit arrived and discovered that the plants were, in fact, okra bushes. …Okra busts like these are good reason for taxpayers to be skeptical about the wisdom of sending guys up in helicopters to fly around aimlessly, looking for drugs in suburban gardens. And that’s not to mention the issue of whether we want a society where heavily-armed cops can burst into your property, with no grounds for suspicion beyond what somebody thought he saw from several hundred yards up in a helicopter.

In some sense, this is an amusing story of government incompetence.

But military-type raids, when the supposed offense involves a possible “crime” with no victims, are a recipe for disaster. Let’s be glad that the cops didn’t accidentally kill anybody in this raid.

By the way, this isn’t the first time cops have seized okra bushes. Or looked foolish because of an inability to identify marijuana leaves.

At the point, I don’t want to miss an opportunity to say that it’s time to end the foolish Drug War. People who abuse drugs may be stupid, but they’re not infringing on the rights of others. The War on Drugs, by contrast, has led to all sorts of policies that do infringe on our rights, from disgusting asset forfeiture policies to pointless snooping on our bank accounts. Or, as we just read, raids on okra growers.

Time now for a look at an example of federal government fecklessness.

But this story from the Washington Times won’t surprise anybody. Because anybody with a pulse already knows that there is a lot of waste in Washington.

Federal agencies across the board are continuing to waste tens of billions of taxpayer dollars on duplicative spending efforts, even after Congress‘ official watchdog has made hundreds of recommendations for cutting back. The spending issues, ranging from Medicare and Medicaid mismanagement to transportation programs to weapon systems acquisitions, cost taxpayers $125 billion in improper payments in 2014 alone, as highlighted in a new report from the Government Accountability Office. …GAO investigators noted in the report that the government can’t continue to sustain its wasteful spending habits… “The federal government faces an unsustainable long-term fiscal path. Changing this path will require difficult fiscal policy decisions to alter both long-term federal spending and revenue,” the GAO analysts concluded. …The GAO report targeted both the Internal Revenue Service and the Department of Health and Human Services for mismanaging programs that saw rampant wasteful spending. …“These programs combined account for over 76 percent of the government-wide estimate. We have made numerous recommendations that if effectively implemented, could help improve program management, reduce improper payments in these programs, and achieve cost savings.”

Notice that HHS and the IRS win the prize for wasteful incompetence.

But don’t laugh. After all, those are the two bureaucracies that got lots of new power and authority as a result of the costly Obamacare boondoggle. So the joke’s on us.

By the way, the GAO’s definition of waste is very narrow. It merely applies to funds that are improperly disbursed.

Last but not least, let’s look at a great moment in foreign government.

I’ve written about the crazy Greek government on many occasions. And given that this collection of misfits does utterly bizarre things (such as giving handouts to pedophiles and requiring stool samples when setting up online companies), I’m never surprised to learn when they adopt foolish policies.

But even I was taken aback to learn about the latest gimmick they concocted to “solve” the nation’s fiscal crisis. Here are some excerpts from a report in the U.K.-based Guardian.

The Greek government has told its eurozone creditors it has a novel way of tackling the country’s chronic tax evasion culture – wiring students, tourists, and housewives for sound and video to spy on tax dodgers while posing as shoppers and customers. …Varoufakis’s plans for a new government-sponsored amateur snoopers’ charter…attracted most attention.

…He said the prospects of successfully countering tax dodging were dismal because of the demoralised and understaffed state of the tax inspection service. Instead, he proposed recruiting large numbers of “non-professional inspectors” on short-term casual contracts of no longer than two months who would be paid by the hour. They would be “wired for sound and video”, trained to pose as “customers” and “will be hard to detect by offending tax dodgers.” …Varoufakis said the launch of the amateur snoopers would act as a deterrent, “engendering a new tax compliance culture” in Greece. He added that Athens would need to ask eurozone partners for help with the equipment and the training. Germany has previously offered to send 500 tax inspectors to Athens. …In Athens, news of the undercover tax agents was quick to spark ridicule and widespread disbelief.

Hmmm….so the Germans offered to send 500 tax inspectors? Sounds like a perfect job for ex-Stasi officials.

And there are some bureaucrats in Chicago who almost surely would want to helpimplement this snitch-on-your-neighbor scheme. And the governor of New York has related experience, though his police-state policy focused on guns rather than tax revenue. Let’s also not overlook the U.K. politicians who have a tax-enforcement-über-alles mentality.

Never mind that all the research shows that low rates are honest government are the best ways of getting high compliance.

So I’m not holding my breath expecting success from this latest Greek scheme.

But I can say it’s a perfect example of how governments operate. Screw up, grab for more money, screw up some more. Lather, rinse, repeat.

It’s almost a shame that there’s no life on Mars. We could make today’s list even longer if there was another layer of government.

Now you know why it’s almost always the right time to mock politicians.