HomePolicyThe Biggest Tax Scam Is The Internal Revenue Code, And The IRS 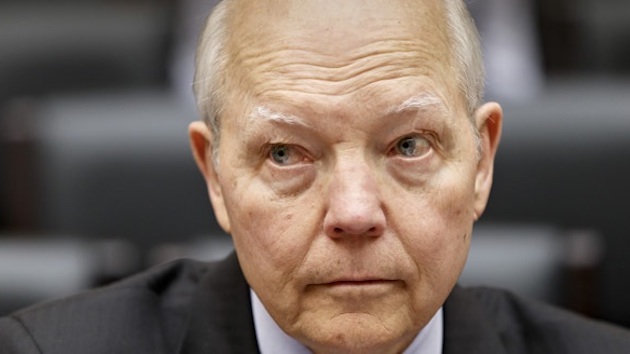 With tax day fast approaching, it’s time to write about our good friends at the Internal Revenue Service.

One of the new traditions at the IRS is an annual release of tax scams.

It’s know as the “dirty dozen” list, and while it may exist mostly as a publicity stunt, it does contain some useful advice.

And that’s true of this year’s version. But I worry that the IRS is looking at a few trees and missing the forest.

The Washington Examiner was kind enough to let me write a cover story on the “dirty dozen” list. Here’s my effort to add some context to the discussion.

…our friends at the Internal Revenue Service have a relatively new tradition of providing an annual list of 12 “tax scams” that taxpayers should avoid. It’s an odd collection, comprised of both recommendations that taxpayers protect themselves from fraud, as well as admonitions that taxpayers should be fully obedient to all IRS demands. Unsurprisingly, the list contains no warnings about the needless complexity and punitive nature of the tax code. Nor does the IRS say anything about how taxpayers lose the presumption of innocence if there’s any sort of conflict with the tax agency. Perhaps most important, there’s no acknowledgement from the IRS that many of the dirty dozen scams only exist because of bad tax policy.

In the article, I list each scam and make a few observations.

But I think my most useful comments came at the end of my piece.

…maybe the tax system wouldn’t engender so much hostility and disrespect if it was simple, transparent, fair, and conducive to growth. And that may be the big-picture lesson to learn as we conclude our analysis. When the income tax was first imposed back in 1913, the top tax rate was only 7 percent, the tax form was only two pages, and the tax code was easily understandable. But now that 100 years have gone by, the tax system has become a mess, like a ship encrusted with so many barnacles that it can no longer function. …the bottom line is that the biggest scam is the entire internal revenue code. The winners are the lobbyists, politicians, bureaucrats and insiders. The losers are America’s workers, investors, and consumers.

In other words, if we actually want a humane and sensible system, we should throw the current tax code in the garbage and replace it with a simple and fair flat tax.

And that’s exactly the message I shared in this interview with C-Span.

Here are a few of the points from the discussion that are worth emphasizing.

But I’m not optimistic about fixing the tax code, in part because the crowd in DC would lose some power.

The flat tax and national sales tax are basically different sides of the same coin.

If you want class-warfare tax rates on the rich, keep in mind that high rates don’t necessarily translate into more revenue.

The no-tax-hike pledge is a vital and necessary component of a strategy to restrain government.

Itemized deductions benefit the rich, not the poor.

If you care about poor people, focus on growth rather than inequality.

We should mimic Hong Kong and Singapore, not France and Greece.

P.S. I wrote last week that the Senate GOP put together a budget that is surprisingly good, both in content and presentation. A reader since reminded me that the Chairman of the Senate Budget Committee was a sponsor of the “Penny Plan,” which would lower non-interest outlays by 1 percent per year.

The Case Against The Value-Added Tax (VAT)