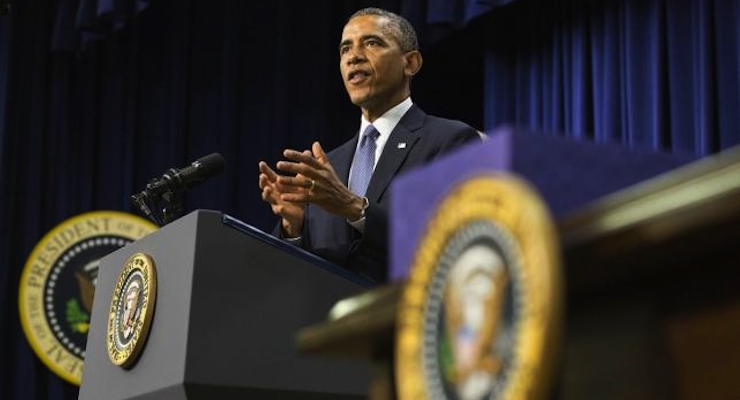 Obama Back to Corporate Inversion Scheme?

The United States has what is arguably the worst business tax system of any nation. That’s bad for the shareholders who own companies, and it’s also bad for workers and consumers. And it creates such a competitive disadvantage that many U.S.-domiciled companies are better off if they engage in an “inversion” and shift their corporate charter to a jurisdiction with better tax policy.

Unsurprisingly, the Obama White House doesn’t like inversions (with some suspicious exceptions) because the main effect is to reduce tax revenue.  But the Administration’s efforts to thwart them haven’t been very successful. The U.K.-based Economist has just published an article on American companies re-domiciling in jurisdictions with better tax law.

A “tax inversion” is a manoeuvre in which a (usually American) firm acquires or merges with a foreign rival, then shifts its domicile abroad to reap tax benefits. A spate of such deals last year led Barack Obama to brand inversions as “unpatriotic”. …The boardroom case for inversions stems from America’s tax exceptionalism.

But this isn’t the good kind of exceptionalism. The internal revenue code is uniquely anti-competitive.

It levies a higher corporate-tax rate than any other rich country—a combined federal-and-state rate of 39%, against an OECD average of 25%. And it spreads its tentacles worldwide, so that profits earned abroad are also subject to American taxes when they are repatriated.

And that worldwide tax system is extremely pernicious, particularly when combined with America’s punitive corporate tax rate. Given these facts, the Economist isn’t impressed by the Obama Administration’s regulatory efforts to block inversions.

Making it hard for American firms to invert does precisely nothing to alter the comparative tax advantages of changing domicile; it just makes it more likely that foreign firms will acquire American ones. That, indeed, is precisely what is happening.

So what’s the answer?

If American policymakers really worry about losing out to lower-tax environments, they should get rid of the loopholes that infest their tax rules, drop the corporate-income tax rate and move to a territorial system. …jobs would be less likely to flow abroad.

In a companion article, the Economist lists some of the firms that are escaping from the IRS.

…companies have continued to tiptoe out of America to places where the taxman is kinder and has shorter arms. On August 6th CF Industries, a fertiliser manufacturer, and Coca-Cola Enterprises, a drinks bottler, both said they would move their domiciles to Britain after mergers with non-American firms. Five days later Terex, which makes cranes, announced a merger in which it will move to Finland. For many firms, staying in America is just too costly. Take Burger King, a fast-food chain, which last year shifted domicile to Canada after merging with Tim Horton’s, a coffee-shop operator there.

I’ve previously shared lists of inverting companies, as well as a map of where they go, and this table from the article is a good addition.

So how should Washington react to this exodus? The Economist explains once again the sensible policy response.

The logical way to stem the tide would be to bring America’s tax laws in line with international norms. Britain, Germany and Japan all have lower corporate rates and are among the majority of countries that tax firms only on profits earned on their territory.

But the Obama Administration’s response is predictably unhelpful. And may even accelerate the flight of firms.

…the US Treasury has been trying to make it harder for them to leave. …Despite such speed bumps, inversions still make enormous sense for companies with large overseas operations. If anything, the rule changes have led to more companies looking to get out before it is too late.

The Wall Street Journal opined on this issue earlier this month and reached a similar conclusion.

…a mountain of evidence that an un-competitive tax system has made the U.S. an undesirable location for corporate headquarters and investment. …high tax rates matter a great deal in determining where a company is based and where it grows.

The WSJ also pointed out that taxpayers have a right and an obligation to legally protect themselves from bad tax policy.

Shareholders deserve nothing less from management than the Warren Buffett approach of paying the lowest possible legal tax rate.

But since the White House isn’t very interested in helpful reform, expect more inversions. Which is one more piece of evidence that punitive corporate taxation isn’t good news for workers.

…absent American tax reform will end up pushing more U.S. companies into foreign hands. …The ultimate losers in all of this aren’t so much the owners as American workers, who often lose their jobs when a company moves abroad. …It’s well past time for our government to stop creating advantages for foreign competitors.

In looking at this issue, it’s easy to be discouraged since the Obama Administration is unwilling to even consider pro-growth policy responses. As such, the problem will fester until at least 2017. But it’s possible that there could be pro-reform legislation once a new President takes office. Particularly since the Senate’s Permanent Subcommittee on Investigations (which used to be chaired by the clownish Sen. Levin, infamous for the FATCA disaster) has produced a very persuasive report on how bad U.S. tax policy is causing inversions.

Here are some excerpts from the executive summary.

The United States has the highest corporate tax rate in the industrialized world, and (alone among its peers) has retained a worldwide system that taxes American companies for the privilege of repatriating their overseas earnings. Meanwhile, most other nations with advanced economies have adopted competitive tax rates and territorial-type tax systems. As a result, U.S. firms too often have a significant incentive to relocate their headquarters overseas. Corporate inversions may be the most dramatic manifestation of that incentive… The lesson policymakers should draw from our findings is straightforward: The high U.S. corporate tax rate and worldwide system of taxation are competitive disadvantages that make it easier for foreign firms to acquire American companies. Those policies also strongly incentivize cross-border merging firms, when choosing where to locate their new headquarters, not to choose the United States. The long term costs of these incentives can be measured in a loss of jobs, corporate headquarters, and revenue to the Treasury.

Those are refreshing and intelligent comments, particularly since politicians were in charge of putting out this report rather than economists. So, maybe there’s some hope for the future. For more information on inversions and corporate tax policy, here’s a short speech I gave to an audience on Capitol Hill.

I’ve written about Bernie Sanders being a conventional statist rather than a real socialist.

But that wasn’t meant to be praise. He’s still clueless about economics, as illustrated by this amusing Venn diagram.

Though I’m sure many other politicians would occupy that same space.