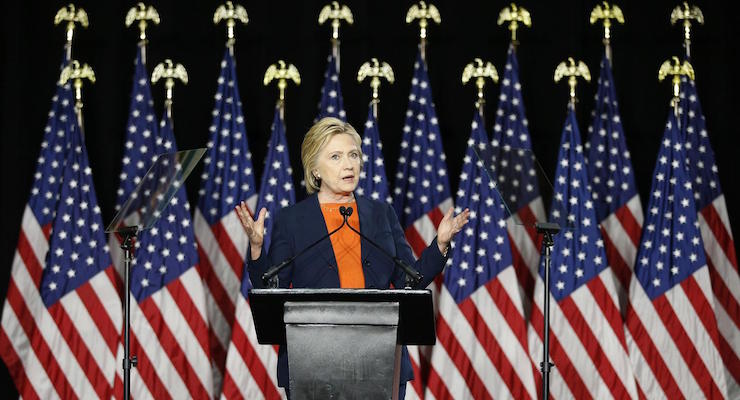 Something doesn’t add up. People like me have been explaining that California is an example of policies to avoid. Depending on my mood, I’ll refer to the state as the France, Italy, or Greece of the United States.

But folks on the left are making the opposite argument.

A writer for the Huffington Post tells readers that California is proof that the blue-state model can work.

Many factors contribute to California’s preeminence; one being its liberalism. Republicans don’t like to acknowledge California’s success.

…The state’s job growth outpaced the nation’s in the first nine months of last year. California’s non-farm employment of 15.7 million people is at an all-time high. …California’s economy has thrived in spite of relatively high taxes and stringent regulations.

Meanwhile, a couple of columnists for the Washington Post are doing a victory dance based on recent California numbers.

…the…experiences of California…run counter to a popular view, particularly among conservative economists, that tax cuts tend to supercharge growth and tax increases chill it. California’s economy grew by 4.1 percent in 2015, according to new numbers from the Bureau of Economic Analysis, tying it with Oregon for the fastest state growth of the year. That was up from 3.1 percent growth for the Golden State in 2014, which was near the top of the national pack. …almost no one can say that raising taxes on the rich killed that recovery.

And let’s not forget that Paul Krugman attacked me two years ago for failing to acknowledge the supposed success story of job creation in California. I thought he made a very silly argument since the Golden State at that time had the 5th-highest unemployment rate in the nation.

But Krugman and the other statists cited above do have a semi-accurate point. There are some statistics showing that California has out-performed many other states over the past couple of years. Let’s look at the numbers. The St. Louis Federal Reserve Bank has a helpful website filled with all sorts of economic data, including figures from the Bureau of Economic Analysis on per-capita income in states.

I selected California for the obvious reason, but also Texas (since it’s often seen as the quintessential “red state”) and Kansas (which has become infamous for a big tax cut). And, lo and behold, if you look at what’s happened to per-capita income in those states, California has enjoyed the most growth.

Is this evidence that high taxes and a big welfare state are good for growth?

Hardly. California’s numbers only look decent because the state fell into a deep hole during the recession. And, generally speaking, a severe recession almost always is followed by good numbers, even if an economy is simply getting back to where it started.

So let’s expand on the above numbers and look at what’s happened not just over the past five years, but also since 2000 and 2005.

And if you look at California’s relative performance over a 10-year period or 15-year period, all of a sudden the Golden State looks a bit tarnished.

By the way, these numbers are not adjusted for either inflation or for cost of living. The former presumably doesn’t matter for our purposes since changing to inflation-adjusted dollars wouldn’t alter the rankings. Meanwhile, the data on cost of living would matter for comparative living standards (for instance, $46,745 in Texas probably buys more than $52,651 in California), but remember that we’re focusing on changes in per-capita income (i.e., which state is enjoying the most growth, regardless of starting point or how much money can buy in that state).

In any event, the numbers clearly show there’s more long-run growth in Texas and Kansas, and it’s long-run growth rates that really matter if you want more prosperity and higher living standards for people.

But let’s not stop there. Our left-wing friends frequently tell us that per-capita income numbers are sometimes a poor measure of overall prosperity since a few rich people can skew the average.

It’s better, they tell us, to look at median household income since that’s a measure of the well-being of ordinary people. And we can get those numbers(only through 2014, though adjusted for inflation) from the Census Bureau. What does this data show for Texas, California, and Kansas?

As you can see, California is in last place, regardless of whether the starting point is 2000, 2005, or 2010. In other words, California may have enjoyed some decent growth in recent years as it got a bit of a bounce from its deep recession, but it appears that the benefits of that growth have mostly gone to the Hollywood crowd and the Silicon Valley folks. I guess this is the left-wing version of “trickle down” economics.

Perhaps most interesting, the short-run numbers show that tax-cutting Kansas has a comfortable lead over tax-hiking California.

If that trend continues, then over time we can expect that the long-run numbers will begin to diverge as well.

Let’s close by looking at some analysis about those two states for those who want some additional perspective.

Victor David Hanson, a native Californian, has a pessimistic assessment of his state. Here’s some of what he wrote for Real Clear Politics.

The basket of California state taxes — sales, income and gasoline — rates among the highest in the U.S. Yet California roads and K-12 education rank near the bottom. …One in three American welfare recipients resides in California. Almost a quarter of the state population lives below or near the poverty line. …the state’s gas and electricity prices are among the nation’s highest. …Current state-funded pension programs are not sustainable. California depends on a tiny elite class for about half of its income tax revenue. Yet many of these wealthy taxpayers are fleeing the 40-million-person state, angry over paying 12 percent of their income for lousy public services. …Connecticut and Alabama combined in one state. A house in Menlo Park may sell for more than $1,000 a square foot. In Madera three hours away, the cost is about one-tenth of that. In response, state government practices escapism, haggling over transgendered restroom issues and the aquatic environment of a 3-inch baitfish rather than dealing with a sinking state.

The bottom line is that he fears the trend line for his state is moving in the wrong direction.

John Hood takes a look at why the Kansas tax cuts have resulted in budget turmoil, while tax cuts in has state of North Carolina haven’t caused much controversy.

How did Kansas and North Carolina end up in such different conditions? For one thing, while the two states both enacted major tax cuts, they weren’t structured the same way. Kansas punched a large hole in its income-tax base by excluding self-employment income. North Carolina briefly created a version of this exclusion in the immediate aftermath of the Great Recession, but then wisely eliminated it in favor of applying a low, uniform tax rate on a broad base of personal income. In Kansas, lawmakers also allowed themselves to be bamboozled by some out-of-state tax “experts” claiming that cutting income taxes would generate so much new investment, entrepreneurship, and population growth that the revenue loss to the state would be substantially offset. This can actually be true, of course — in the very long run, counted in decades. In the short run of state budgeting, however, policymakers are better off making far more conservative assumptions about revenue feedbacks. …Our state policymakers didn’t just reduce and reform taxes. They also controlled expenditures. Since the enactment of the 2013 tax changes, their authorized budgets have never pushed spending growth above the combined rates of inflation and population growth. Actual spending, in fact, has often come in below even these budgeted amounts.

John’s message is that pro-growth tax cuts don’t generate overnight miracles. Lawmakers have to be prudent when calculating Laffer Curve feedback. And they also should make sure there is concomitant restraint on the spending side of the budget.

The bottom line is that the Kansas tax cuts are good for the state’s economy, but they might not be sustainable unless politicians don’t quickly make reforms to cap spending.

P.S. Closing with some California-specific humor, this Chuck Asay cartoon speculates on how future archaeologists will view California. This Michael Ramirez cartoon looks at the impact of the state’s class-warfare tax policy. And this joke about Texas, California, and a coyote is among my most-viewed blog posts.