HomePolicyHillary is Wrong: Subsidies for Higher Education Are the Problem, Not the Solution 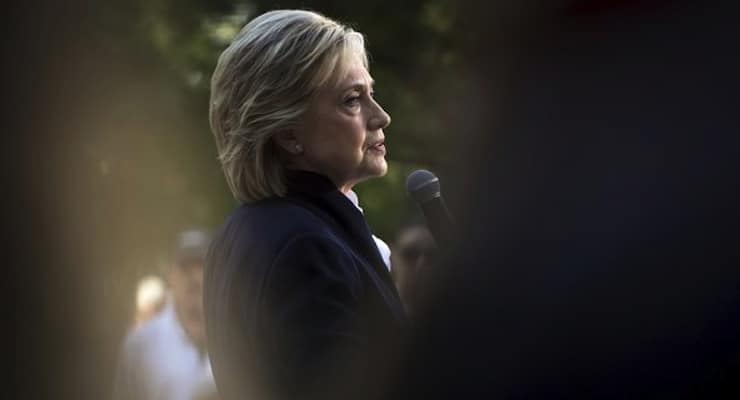 “So many bad ideas, so little time.”

That’s my attitude about Hillary Clinton. She proposes misguided policies at such a rapid rate that I feel like I’m having to spend too much of each day trying to correct all the economic mistakes that emanate from her and her campaign.

For the fifth time over the last seven days (see other examples here, here, here, and here), I feel obliged to do it again.

Our topic is her proposal to increase handouts, subsidies, and bailouts for colleges and universities.

Here’s a brief interview I just did on the topic. Our discussion had to be abruptly ended because of what the industry calls a “hard break,” but I got out my main points that 1) subsidies benefit college bureaucracies rather than students and 2) that Hillary’s ostensible reforms will make things worse.

By the way, I can’t resist chuckling about the main assertion put forth by Alan Colmes. He thought it would be effective to point out that some of the handouts started under President George W. Bush.

But so what?!? The fact that a bad policy originated under a Republican before being expanded by a Democrat doesn’t somehow turn a pig’s ear into a silk purse.

Also, just in case you’re curious about what I was planning to say when the interview was cut off. I was going to point out that I agreed with Alan about President Bush’s role, but I was going to say that was additional evidence (given Bush’s overall statist record while president) against what Hillary is proposing.

And then, my additional point was going to be that it’s a very bad idea to allow loan forgiveness just for former students who become bureaucrats (i.e., go into “public service”). For Heaven’s sake, people who get government jobs already are getting far higher compensation than taxpayers in the private sector. Needless to say, it’s not a good idea to make a life of bureaucratic indolence even more attractive.

But let’s return to the bigger issue of why it’s misguided to have bailouts, subsidies, and handouts for higher education. If you want the opinions of a real expert on this issue, Charlie Sykes has a column on the topic in the Wall Street Journal.

Hillary Clinton’s plan for higher education is simple: a massive bailout wrapped in the promise of free tuition and relief from student loans. It’s a proposal that seems specifically designed to further inflate the higher-education bubble, while relieving the college-industrial complex of any pressure to reform. …College today costs too much, takes too long and offers dubious value to too many students. For decades, the price of a degree has risen much faster than the rate of inflation. …schools are spending more than ever on administration, promotions, athletics and noninstructional student services. The New England Center for Investigative Reporting and the American Institutes for Research found that between 1987 and 2012, colleges added 517,636 administrators and professional employees, creating a ratio at public colleges of two non-academic staffers for every full-time, tenure-track faculty member.

The current system has been bad news for students, who – thanks to subsidy-induced increases in tuition and fees – have been trapped on a treadmill.

If the student finances the bill with loans, it’s more like buying a Lamborghini on credit—and then driving it off a cliff. Total student-loan debt has hit $1.3 trillion, according to the Federal Reserve, exceeding both the nation’s credit-card debt and its auto loans. Two-thirds of students now borrow to pay for their education, up from 45% in 1993, according to a New York Times analysis of federal data. At the end of 2014 the average student-loan borrower owed $26,700,according to analysts at the New York Fed, while 4% owed $100,000 or more.

More giveaways from government may seem like a good idea for students, but that’s only made possible by instead hurting taxpayers.

And students almost surely will suffer as well when you consider the indirect effects of this intervention.

Forgiving student debt or providing “free” tuition, with no new accountability measures, will only worsen today’s problems for future generations. The multibillion-dollar bailout Mrs. Clinton has proposed would only shift the costs of higher education to taxpayers, many of whom have not had the benefit of college. The Democratic nominee’s plan would also encourage more students to make poor educational choices by creating the illusion that college is free.

By the way, it’s very important to note that taxpayers are getting a rotten deal.

We’ve had lots more spending in recent decades, but no actual improvement in education.

Over the past five decades, billions in state and federal subsidies have contributed significantly to the exploding cost of higher education by making it easier for colleges to justify outrageous amenities. “Free” tuition will only further distort the incentives. …there is little evidence that additional spending has enhanced the value of the college degree. In a 2014 academic study of collegiate spending, economists Robert E. Martin and R. Carter Hill noted that research universities had cumulatively spent more than half a trillion dollars from 1987 to 2005. “There should be evidence of higher quality at these investment levels,” they wrote. Instead, “completion rates declined, grade inflation increased, students spend less time studying, adult numeracy/literacy rates declined, and critical thinking skills did not improve.”

Indeed, this is exactly what we’ve seen in K-12 education.

Someone (more clever than me) needs to come up with the collegiate equivalent of this famous chart from the late Andrew Coulson.

We already know that the United States spends more per student on K-12 education than any other nation and gets mediocre results . That’s probably mostly due to the inefficient monopoly structure of elementary and secondary education.

The problems at the collegiate level are third-party payer and the inevitable negative effects of bureaucratic bloat and inefficiency.

The bottom line is that Hillary is right when she says higher-education spending is an investment. The problem is that she likes making investments that generate negative returns.

P.S. You won’t be surprised to learn that Paul Krugman also approves of investments with negative returns.

Is Anybody Shocked Higher Minimum Wage Mandates Are Resulting in Fewer Jobs?