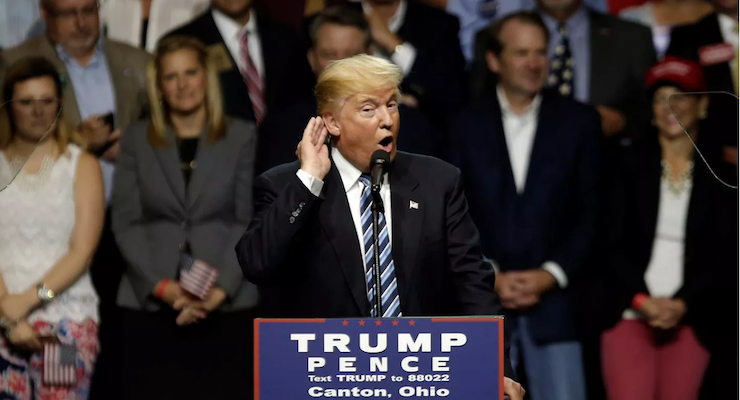 Consistent with most polls in battleground state, Mr. Trump enjoys large leads over Mrs. Clinton among independents (+20 points) and working-class whites (+26). She’s up by only 3 points among women, who went for President Obama by 11 points in the state against Gov. Romney in 2012.

Without third-party candidates in the mix, Mr. Trump still leads Mrs. Clinton by a 45% to 40% margin.

In North Carolina, the Republican leads the Democrat 45% to 40%, with the Libertarian garnering 6%. The Fox News Poll is the latest in a string of polls showing the Tar Heel State moving over to Mr. Trump and it is now also rated LIKELY TRUMP on the PPD 2016 Presidential Election Projection Model.

In Nevada, a state most pundits initially believed would be out of the Republican’s reach with his tough on illegal immigration stance, he holds a smaller but still clear lead over his rival, 43% to 40%, with Gov. Johnson getting 8%. The Silver State has also moved markedly toward Mr. Trump and is now rated LEANS TRUMP on the PPD 2016 Presidential Election Projection Model.

As shown in the PPD Presidential Election Daily Tracking Poll nationwide, Mrs. Clinton has lost ground among women voters in Nevada. Women backed President Barack Obama over Gov. Mitt Romney by a 16-point margin in 2012, according Exit Polls. However, Mrs. Clinton’s only leads by 6 points. She is also getting clobbered among independents, who back Mr. Trump (42%) over Mrs. Clinton (23%) and Gov. Johnson (21%).

The battleground state polls move another 39 Electoral Votes in the Trump column, marking what has been a clear and consistent post Labor Day shift in the Electoral Map.