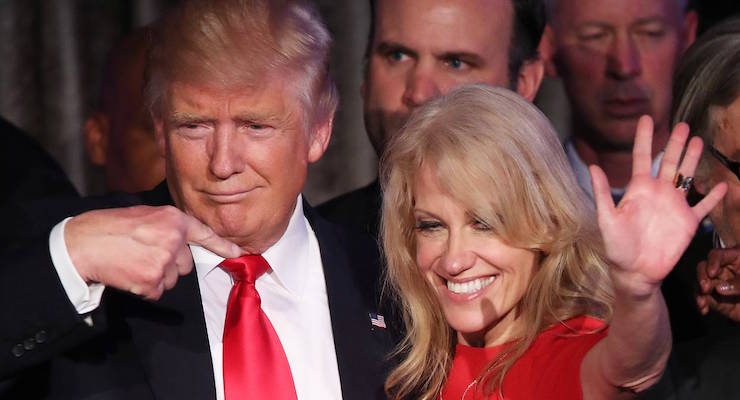 President-elect Donald J. Trump’s favorability rating has risen above the 50-percent majority threshold ahead of Inauguration Day on Friday, January 20, 2017. The gain was fueled by his image among whites recovering to levels measured the prior week, as well as what has been a steady and continued improvement on the margins among minorities.

The PPD Poll, which conducted the most accurate surveys in 2016 on both the national and statewide level, finds 52% of likely voters now view the New York businessman favorably, while 40% continue to hold an unfavorable view of him.

This week, 61% of whites view President-elect Trump favorably, up from 59% in the prior PPD Poll. The percentage of black voters who view him favorably increased significantly from 10% to 17% this week, which had been down from 15% two polls prior, while the percentage viewing him unfavorably also increased to 72% from 69%.

In the last PPD Poll, 56% of male voters had helped to prop up the Trump favorability gauge as other voting blocs ticked down by larger percentages. But this week men ticked back up to 60%, edging out the previous high measured three weeks ago by 1 point.

The PPD Poll follows level 1 AAPOR standards of disclosure and WAPOR/ESOMAR code of conduct. The survey was conducted from Dec. 29 to Jan. 4–excluding Dec. 31–and is based on 1786 interviews of likely voters participating in the PPD Internet Polling Panel.