Nate Silver Predictions For 2014 Now In Line With PPD, And Reality 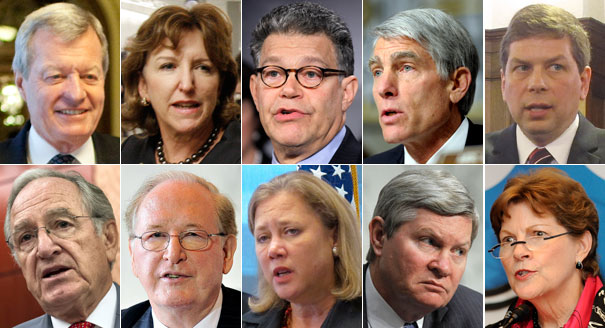 Newly released Nate Silver predictions are typically long-awaited and revered by liberals, that is, so long as he gives them what they want to hear. Yet if he gives the left the actual truth, and it happens to be bad news for the Democratic Party, then he is excommunicated by the likes of Paul Krugman.

Krugman, the hack liberal economist who apparently became an election forecast expert overnight, slammed Nate in a post entitled, “Tarnished Silver.” Krugman says Silver “seems to have taken the wrong lesson from his election-forecasting success.” In other words, he should remember that it was the left — Obama during 2008, actually — who got Silver started. And like the forever-for-sale Krugman, he should have learned that political loyalty trumps truth.

The truth is that Silver is just adjusting his predictions to reflect reality, no doubt because he wishes to maintain credibility. For months, I have been arguing that the Republican Party is slightly favored to win control of the U.S. Senate in the 2014 midterm elections, with a growing possibility that they can win big. But there are a few differences between the forecasting models at 538 and PPD, which surely explains the slight difference in percentages.

On our 2014 Senate Map Predictions, we believe that the Republican Party is “likely” (60 – 75 percent chance) to pick the net 6 six seats needed to retake control of the Senate. Because the model has a MoE, we peg the net pick up number from 6 to 9 seats. This is certainly playing out when we look at the individual races. Republicans have managed to find candidates that have closed the talent gap, such as Cory Gardner in Colorado challenging Udall for a seat that we long viewed a GOP opportunity, but a weak field threatened to blow the competitiveness of the race.

Further, we currently see it as a “Toss-Up” (45 – 55 percent chance) on the question of whether Republicans can win big in November, picking up a potential 9 to 13 seats, though again, it isn’t likely on the higher end.

Yet, other pundits have resisted reality, with Crystal Ball slowly moving some races toward the Republicans, although their map is still far too favorable to Democrats. We argued they, and others like Stu Rothenberg, who just under two weeks ago began reflecting reality, were wrong about FL-13. They didn’t listen, unsurprisingly, and frankly we are ecstatic they didn’t.

Gov. John Kasich Talks Turnaround In Ohio: 'Proof Is In The Pudding'