HomeNewsPoliticsSen. Udall: ‘We Judge People By The Content Of Their Color’

Sen. Udall: ‘We Judge People By The Content Of Their Color’ 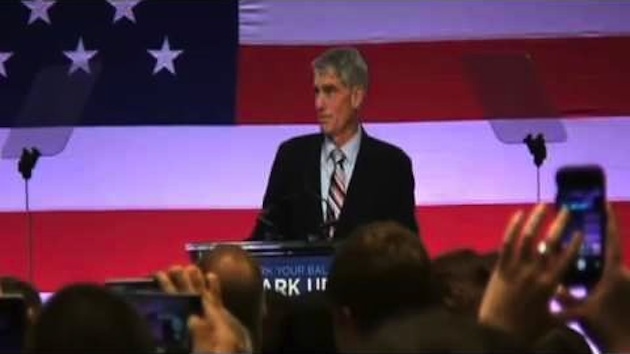 First Lady Michelle Obama made headlines with her recent flubs while campaigning for vulnerable Senate Democrats, but Sen. Mark Udall misquoted Martin Luther King Jr. — badly. While introducing the first lady at a campaign stop, Sen. Udall completely reversed one of his most famous quotes.

“I’m so proud of our country,” Sen. Udall said as he introduced First Lady Michelle Obama at a campaign event. “We showed that Dr. Martin Luther King [Jr.] had it right. Which is that in America, at our best, we judge people by the content of their color.”

Udall tried to corrected himself immediately after, but GOP critics see it as a freudian slip, a statement that reenforces their criticisms regarding how the Democratic Party treats the black community.

“The content of their character, not the character of their skin,” he said. “I got it right. I got it both ways!”

“We judge people by the content of their character, not the color of their skin,” Udall said once more time just to ensure he addressed it.

Udall is in a close race with Republican Rep. Cory Gardner, who is currenty favored to win by PPD’s 2014 election projection model. Gardner has led in the polls for roughly a month and a half, though Colorado polling does have a history of understating Democratic support. The state’s new all mail-in system, which is ripe for voter fraud, might further complicate the results.

The first lady wasn’t without her own embarrassing moment, as she confused Udall with his Republican rival at the same event.

“Mark understands what makes this state special,” she said, he’s a “fifth-generation Coloradan.”

Except, he isn’t. In fact, that would be his opponent. Gardner who is a fifth-generation Colorado resident, which he has highlighted on the campaign trail. His campaign website states he has “family roots dating back to 1886” in the state. Udall, on the other hand, was born in Arizona and his father, Mo Udall, represented the state of Arizona for decades.

Senate Democrats, who are caught between needing to gin up black voters and distancing themselves from President Obama, are now rethinking the idea of having First Lady Michelle Obama on the campaign trail, at all.