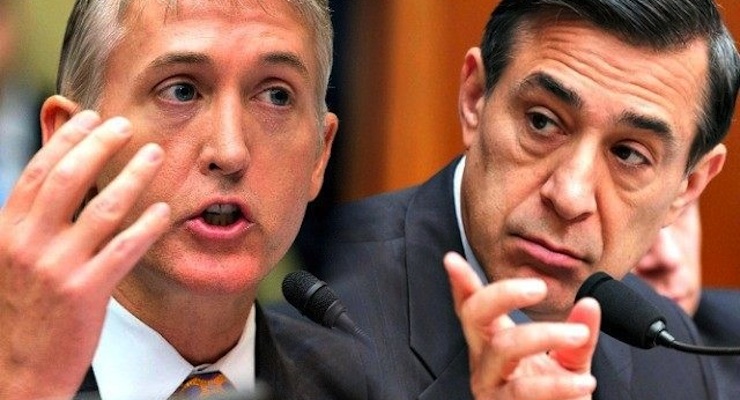 And it was caught on tape.

Gowdy, the chairman of the House Select Committee on Benghazi, was deposing Clinton confidant Sidney Blumenthal about the nearly 60 emails he sent to Clinton about the attack during Hillary Clinton’s time as secretary of state. Issa tried to crash a hearing on Benghazi on Tuesday, but was escorted from the closed-door meeting by Chairman Gowdy.

“I’m a prosecutor; we always follow the rules,” Gowdy told NBC News. “[Issa] is not a [Benghazi] committee member and non-committee members are not allowed in the room during the deposition. Those are the rules and we have to follow them, no exceptions made.”

Issa previously lead an investigation into the Benghazi terrorist attacks in his role as House Oversight chairman.

During Tuesday’s deposition, Clinton confidant Sidney Blumenthal was being questioned about the nearly 60 emails he sent to Clinton about the attack during Hillary Clinton’s time as secretary of state.

Last month, the State Department released more than 800 pages of emails that had been turned over by Clinton from her personal server, but emails mysteriously continue to surface.