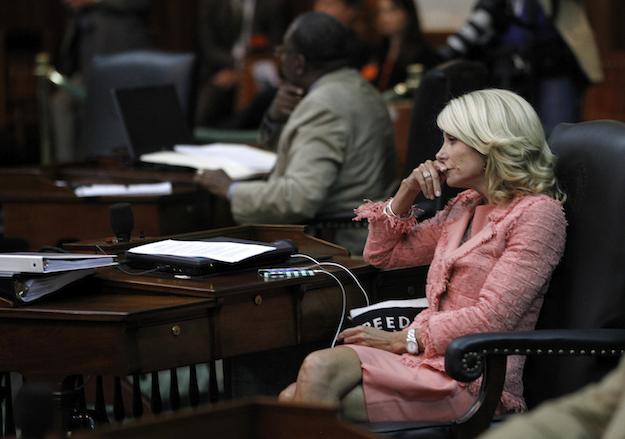 Texas gubernatorial candidate Wendy Davis, who has been on the defensive since facts surrounding her life story emerged that conflicted with her claims, was apparently acting in a manner that the judge saw fit to grant a temporary injunction against her.

Until the final hearing, Wendy Davis was ordered to pay child support, was barred from the couple’s residence, barred from seeing their child Dru Davis, ordered to give up the Lexus, and basically stay away from her former husband Jeff Davis and their daughter.

It was also revealed today that Davis gave up custody of both of her children, reportedly to pursue her own ambitions.