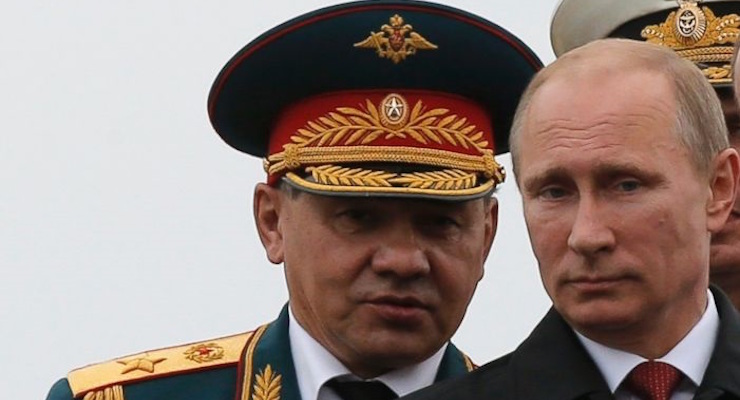 I have long said that Russian President Vladimir Putin is no longer a communist and has no interest in attempting to re-create the Soviet Union.

In fact, many Russian leaders now decry the Soviet state. Parts of the Russian Orthodox Church, with whom Mr. Putin has allied in a bid to tighten his grip on power, condemned Lenin recently and recommended destroying his mausoleum in Red Square.

No, Mr. Putin does not want to re-create the old USSR, but he does want a return of the Russian empire, or maybe even a hybrid version of the Soviet Union, without the communism.
Skeptical? Just look around the world.

This week, in the Caucasus, the Russian government essentially closed the border between the Georgian territory of Abkhazia and the rest of the country Russian troops have occupied the ethnic enclaves of Abkhazia and South Ossetia since the Russo-Georgian war of 2008, recognizing them as independent states. Mr. Putin also signed an order to allow the recruitment of South Ossetians for enlistment in the Russian armed forces.

In Moldova, the Kremlin has been pressuring diplomats who are attempting to investigate the theft of 20 percent of the country’s treasury assets, billions of dollars, which they say ended up in Russia. They suspect a scheme to destabilize the pro-EU government in Chisinau and move the leadership back to the Kremlin’s orbit. The prime minister has accused Moscow of intimidation of its diplomats and other harassment.

Or take Ukraine. Moscow’s annexation of Crimea is a done deal, and there are stirrings in the pro-Russian separatist east. The Russian government recently agreed to accept passports and other official government documents for rebel-controlled areas of Donetsk and Luhansk when traveling and working in the Russian Federation. The “Luhansk People’s Republic” also announced that it will use the Russian ruble for its currency going forward.

The Kremlin is active in the Balkans, aggressively supporting pro-Russian parties and seeking governments friendly to Moscow, while opposing any move by Balkan states that want to join NATO.

Mr. Putin’s ambitions aren’t limited to former Soviet territories or satellite states. The Kremlin is also furthering its reach in the Middle East and North Africa. Having helped turn the tide for the government in Syria’s civil war, defeating anti-Assad forces backed by the incompetent Obama administration, Russia is now looking for other opportunities to reignite long-dormant relationships with other onetime Soviet allies.

Just this week, word leaked of Russian special forces reportedly in action within Egypt along the Libyan border. Egypt used to be a client of Moscow, and Mr. Putin wants it back. Helping Egypt defeat Islamic extremists in the area, coupled with the carrot of increasing Russian tourism once again, seems to be a recipe for influence that is working for Moscow.

In Libya, Russia is backing the rogue Gen. Khalifa Haftar is his fight against the U.N.-backed unity government. The potential prize: new influence in the region, oil revenues, potential military base sites and another warm-water port. Mr. Putin gave the Libyan rebel leader a one-on-one with Russian Foreign Minister Sergey Lavrov in Moscow and a VIP tour of a Russian warship in the Mediterranean.

Mr. Putin knows that, eventually, the Trump administration will get its domestic house in order and begin to focus on foreign policy more closely. The Kremlin still holds out hope that Mr. Trump will relax sanctions and help Russia crawl out of the economic downturn it has been struggling with for the past few years. Until then, however, the Kremlin seems to have decided to make hay — and grab territory — while the afterglow of the weak Obama sun is still shining.