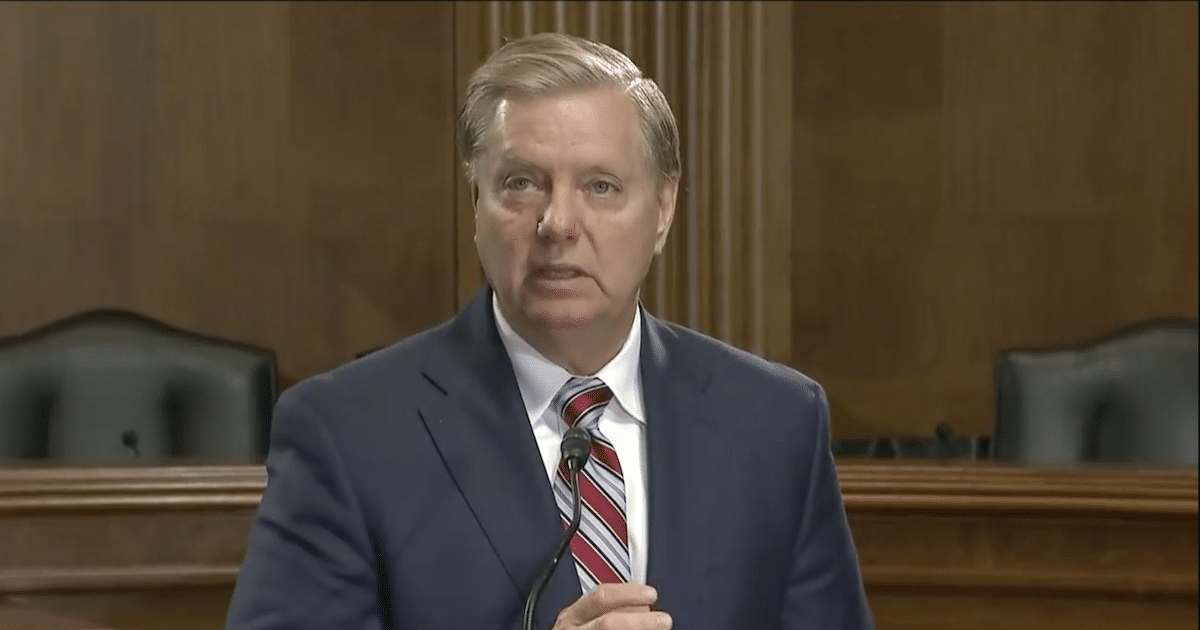 Chairman Graham: “Given the House of Representatives’ Behavior,” It Is Time for the Senate to Act

“Have heard on numerous occasions disturbing allegations by @RudyGiuliani about corruption in Ukraine and the many improprieties surrounding the firing of former Prosecutor General Viktor Shokin,” the chairman tweeted.

“Given the House of Representatives’ behavior, it is time for the Senate to inquire about corruption and other improprieties involving Ukraine,” he added in a thread.

“Therefore I will offer to Mr. Giuliani the opportunity to come before the Senate Judiciary Committee to inform the committee of his concerns.”

As People’s Pundit Daily (PPD) previously reported, Mr. Shokin testified under oath in a sworn affidavit he was fired as a result of “direct and intense pressure from Joe Biden and the U.S. administration.”

Mr. Shokin was appointed General Prosecutor of Ukraine by former President Petro Poroshenko, and received a 318-vote consent of the Rada (Ukraine Parliament), a vote considered a constitutional authority. He served from February 10, 2015 to April 3, 2016.

He was fired at the behest of the U.S. administration, specifically former Vice President Biden, who had been appointed by former President Barack Obama to oversee U.S.-Ukrainian relations.

In December 2015, The New York Times reported Burisma Holdings — a corrupt gas company in Ukraine — had hired Hunter Biden only weeks after his father was appointed to head up U.S Ukrainian relations. Hunter Biden has no relevant qualifications.

“The truth is that I was forced out because I was leading a wide-ranging corruption probe into Burisma Holdings (“Burisma”), a natural gas firm active in Ukraine, and Joe Biden’s Son, Hunter Biden, was a member of the Board Of Directors,” Mr. Shokin testified. “I assume Burisma, which was connected with gas extraction, had the support of the U.S. Vice-President Joe Biden because his son was on the Board of Directors.”

At the time of his firing, Mr. Shokin had plans to question Hunter Biden about $3 million in fees that he and his partner, Devin Archer, collected from Burisma through Blue Star Strategies, a U.S. lobbying firm.

Mr. Biden discussed the firing of Mr. Shokin — in fact, he bragged about it — at an event held by the Council on Foreign Relations on January 23, 2019.

Mr. Giuliana, the president’s personal attorney, claims to have uncovered the Bidens’ dealings in Ukraine while investigating the genesis of the now-debunked Russia Collusion narrative.

JOLTS: Job Openings Fell in November after Jump in October