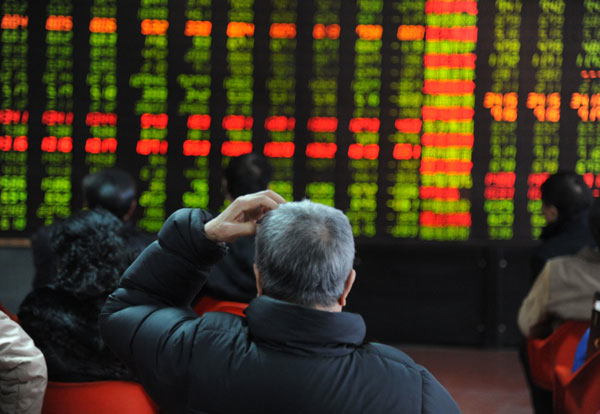 The Dow Jones Industrial Average saw its worst week on a percent basis since November of 2011, while the S&P 500 had its worst week since June of 2012.

Investors have been selling off more risky equity assetsand fleeing to safe havens like U.S Treasury bonds. The CBOE’s VIX skyrocketed to post nearly 30 percent. Wall Street’s fear gauge was up 48 percent for the week, which is the biggest climb since May of 2010.

On Friday, NYSE composite volume came in around 4.63 billion shares, or the heaviest volume seen by NYSE since December 20, 2013.

Foreign markets were the focus of attention Friday following news that Argentina moved to devalue its currency. The Argentine peso has tumbled 12.7 percent, which was the steepest devaluation in more than a decade, according to Nomura. The government is challenged with the task to control its foreign reserves and simultaneously attempting to boost its weak economy.

Other emerging-market currencies like the Turkish lira also took a beating.

Michael Block, chief strategist at Rhino Trading Partners, said the same investors that trade U.S. stocks and Treasuries also engage in currency trading, which is why the U.S. markets are getting hit hard. When these investors rapidly change market positions abroad, they must also make changes to their holding in their U.S.-based portfolio.

“This is the only reason why Argentina matters,” he said, “that said, this will blow over soon.”

Peter Boockvar, chief market analyst at The Lindsey Group, noted that the market is reacting to the hidden realities of the Federal Reserve eases its vast asset-purchase program — dubbed QE3. Underlaying economic challenges, which have otherwise been ignored by the markets and media, will unveil realities previously ignored. Or, what has been ” brewing will bubble to the surface.”

“This is contagion from the Fed and the possibility of no more QE. Who cares about Argentina, they’ve been a mess for many years,” he said. “QE covers up all the warts and blemishes and once it starts going away, they all come to the surface.”