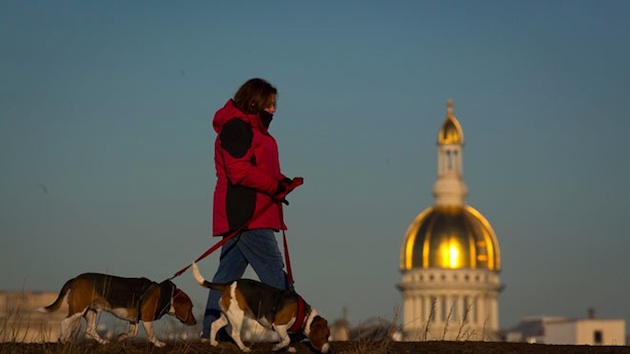 In this file photo, the Democratic-controlled state capitol building in Trenton, New Jersey, appears in the background. (Photo: AP)

The powerful teachers’ union and other public employee unions fought NJ Governor Chris Christie tooth-and-nail on pension reform, and now the budget busting unions appear to be paying a price. A new report from Moody’s Investors Service has a dire warning for two of New Jersey’s largest public employee pensions — they will run out of money and exhaust their underlying assets within ten years.

Moody’s says the New Jersey Public Employees Retirement System (PERS)  and the Teachers’ Pension and Annuity Fund (TPAF) “could fully expend their assets as soon as 2024 and 2027… even assuming the funds meet assumed investment returns.”

The state of New Jersey reported last week that its unfunded pension liabilities doubled to a whopping $83 billion at the end of June. However, If not for more rigorous guidelines attempting to end the practice of over-inflating returns, the pension-promising politicians in Trenton, New Jersey, may have been able to continue to go along to get along, for at least the short-term.

Recently implemented accounting guidelines required by the Governmental Accounting Standards Board require states to use smaller, more realistic discount rates when forecasting and assessing investment returns for pensions. The Moody’s report — New Jersey Reports Surge in Unfunded Liabilities Under New Pension Accounting Rule — found the state of New Jersey has almost no time to fix its insufficiently funded public pensions, or the state’s taxpayers will be forced to pay a much higher tax burden and enjoy far fewer services.

“Once plan assets are depleted, the state will have to fund pension benefits directly from its operating budget, driving its annual retiree benefit expenses significantly higher,” the report warned.

Benefits paid to teachers and public sector retirees in 2013 from TPAF and PERS assets totaled a whopping $4.9 billion, which represents roughly 16 percent of the state’s entire operating revenues. Further, the state’s contribution to those plans last year was just $878 million.

When those pension plan assets are depleted, taxpayers will have to fund the $4 billion shortfall directly, which will inevitably lead to borrowing more at a higher rate considering economists forecast increasing interest rates by mid-2015. Because this is simply unrealistic, the government will be forced to cut all non-essential services, at least.

At the behest of Democrats in the legislature, New Jersey has once again put off plans to better fund its public pensions, a promised move following their successful opposition of Gov. Christie’s reform efforts. Meanwhile, Moody’s warns the new accounting standards will cause the state’s unfunded liability to continue to grow and, will directly and negatively impact the state’s credit rating moving forward.

Still, pension debt across the unionized country is becoming a real economic problem in the nation. While New Jersey is making headlines today, a previous Moody’s report released in 2013 found the state didn’t even make the worst ten states with unsustainable pension debt.

A whole 30 of the 50 largest government issuers of debt have ratios over 100 percent, which according to the Moody’s report, is enough to cause “material financial strain” for many governments.