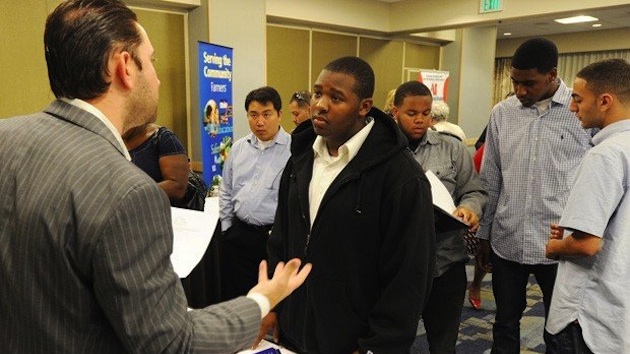 Wall Street expected claims to fall to 295,000, according to a Reuters poll of economists. The Labor Department also said non-farm productivity contracted more sharply than previously thought in the fourth quarter, revealing the latest piece of concerning data in what was allegedly a “tightening labor market.”

Unlike previous weeks of concerning data, those arguing that the U.S. labor market was improving have two issues they can no longer fall back on. First, the Labor Department said there were no special factors impacting this week’s initial claims. Second, the 4-week moving average — which is widely considered a more accurate gauge, as it irons out volatility — was 304,750, an increase of 10,250 from the previous week’s unrevised average of 294,500.

A 4-week rolling average increasingly above 300,000 is a bad sign anyway economists slice it. Further, the number of eligible Americans participating in the labor force is an ever-shrinking pool, in which it is concerning to see these large numbers of claims. While many hoped last weeks weekly jobs report would be an anomaly, those hopes are now significantly dashed.

The Labor Department further said productivity fell at a 2.2 percent annual rate in the fourth quarter, instead of the 1.8 percent pace it had initially reported last month.