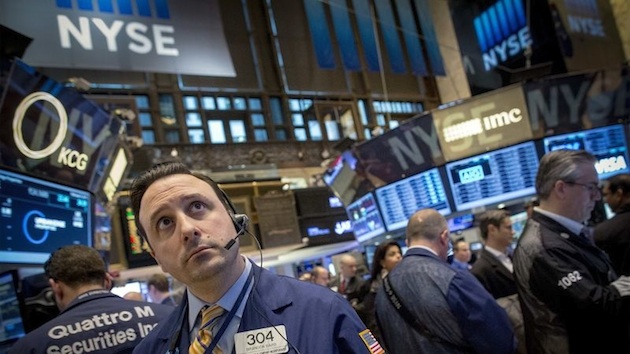 Traders digest economic news and data from the week’s economic calendar on the floor of the New York Stock Exchange (NYSE). (Photo: Reuters)

Investors will be eyeing the Federal Open Market Committee (FOMC) meetings Tuesday and Wednesday, eagerly awaiting a subsequent interest rate policy statement. New policy initiatives, if any, will be announced in a statement at or around Wednesday at 2 p.m. ET, just prior to Fed Chair Janet Yellen’s scheduled press conference at 2:30 P.M. ET.

All eyes will focus on whether the word “patient” is removed from the statement regarding the Fed’s decision on the timing of raising interest rates. If it’s removed, markets can be reasonably conclude that the central bank will move forward with its anticipated plan to raise interest rates later this year, more precisely in mid June.

The Fed added the obscure word “patient” in December to signal markets and investors that FOMC policymakers were not yet ready to raise interest rates. Unfortunately, the move will make borrowing money more expensive and could upset several sectors of the economy, which have all seen a tepid recovery. However, at the same time, the Fed understands that holding interest rates at zero will inevitably do yet-to-be determined damage.

Most analysts believe the Fed won’t announce a rate hike until the word “patient” is removed from the statement, which is expected to happen this week. The rate hike announcement will come at the Fed’s June meeting and the hike going into effect in July.

Fed officials – particularly Yellen – have not suggested to investors and watchers that the rate hike isn’t coming at the expected time, though the central banks target inflation rate and wage growth estimates have stubbornly missed the mark.

In a report released Friday, the Labor Department said the producer price index for final demand fell 0.5 percent after dropping 0.8 percent in January. It marked the fourth straight months of declines in the so-called PPI, starting rumors that inflation pressures may delay an anticipated June interest rate increase from the Fed.

Wages, regardless of an alleged tightening in the labor market, have not only failed to make the Fed’s target, but have completely fizzled. Despite weekly jobless claims falling more than expected last week, the 4-week rolling average still remains above 300,000.

Other economic data scheduled for release next week includes a manufacturing sector report on industrial production, which is due out Monday, and a housing starts report due out Tuesday.