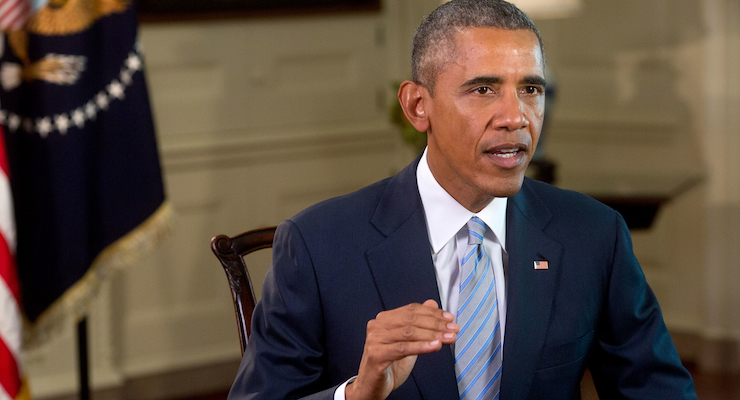 Have We Really Made “Significant Progress” in U.S. Economy Under Obama

In this week’s address, President Obama called on Congress to pass a responsible budget and avoid a government shutdown over defunding Planned Parenthood. The president argued that there has been “significant progress” in the economy since the financial crisis seven years ago, despite the concerning economic data released this week.

“Thanks to the hard work and resilience of folks around the country, our businesses have created over 13 million jobs over the past 66 straight months, housing is bouncing back, manufacturing is growing again, and the unemployment rate is the lowest it’s been in over seven years,” Obama claimed.

On housing, the Commerce Department said this week that housing starts fell more than expected in August, dipping 3.0% to a seasonally adjusted annual pace of 1.13 million-units. While monthly data understandably fluctuates, there are two concerning underlaying trends in the housing market that the president conveniently ignored.

First, the previous composite National Mortgage Risk Index (NMRI) for Agency purchase loans hit another series high, clocking in at 12.33 percent. The NMRI results, which are based on nearly the universe of home purchase loans with a government guarantee, showed Agency loan originations continued to migrate from large banks to nonbanks. This shift in market share has accounted for much of the upward trend in the composite NMRI, as nonbank lending is substantially riskier than the large bank business it replaces.

“With leverage unconstrained by the Qualified Mortgage regulation, increasing competition between Fannie and FHA, and eventually Freddie, will slowly introduce destabilizing risk nationally,” said Edward Pinto, codirector of AEI’s International Center on Housing Risk. “The goal of the NMRI is to quantify and pinpoint these leverage trends in real time.”

In April, the market share of high-risk loans outnumbered the share of low-risk loans for the first time since NMRI tracking began, and continued in the previous month. The next NMRI is due out next week, and is forecast to show a continuance of increased risk in the housing market.

Second, financial institutions as a whole, who begin to feel the impact of a recession before anyone else, are beginning to grow increasingly concerned with the level of lending, despite the increased risk.

The Federal Reserve policy-making committee decided against raising short-term interest rates on Thursday, opting rather to suggest a rate hike in December. In its policy statement, Federal Open Market Committee (FOMC) backed itself out of its self-imposed deadline because they needed more evidence of “further improvement in the labor market” and they were not “reasonably confident” inflation will move back to their 2% annual target. It is a basic law of economics that inflation and wages rise when conditions reflect a truly tightening labor market, but they aren’t.

While the president is correct to say “the unemployment rate is the lowest it’s been in over seven years,” there are clearly other reasons outside of economic growth that are primarily driving that number down. As PPD reported, the labor market is a part-time animal with an abysmal civilian labor force participation rate. While the U.S. economy has technically regained all of the 8.8 million jobs lost during the financial crisis, the quality of the jobs created are low-skill, low-wage opportunities. The number of persons employed part time for economic reasons–sometimes referred to as involuntary part-time workers–stood at 6.5 million in August. These workers prefer and are searching for full-time employment, but report that their hours had been cut back or were unable to find a full-time job.

Overall, the August jobs report released by the Labor Department showed the economy added just 173,000 jobs, far fewer than the 220,000 economists expected and the 250,000 needed simply to keep pace with population growth.

Worth noting, a second quarter GDP report released by the Commerce Department alleged the economy rebounded from a weak, contraction-dominated first quarter. However, as PPD also reported, the government’s methodologies for calculating GDP were again changed ahead of the report to heavily weigh for investment, which even Bloomberg called out as an effort to make economic growth “more happy.” It is the second time in just a few years that the government altered the numbers following a quarter of contraction.