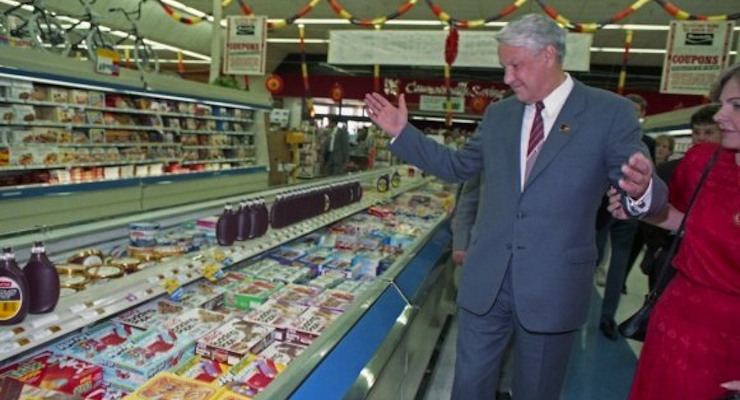 Whenever I need to explain the difference between socialism and capitalism, I start by noting that socialism technically is different from Obama-style big-government redistributionism and cronyism.

Socialism involves something more pervasive, involving government ownership of the means of production (which, if you read this postscript, is why Jeremy Corbyn in the United Kingdom is far more radical than previous Labour Party leaders). It also means eviscerating the competitive price system as a means of determining value and allocating resources, relying instead on politicians and bureaucrats

to arbitrarily wield that power (some American politicians favor this latter approach in certain circumstances).

Needless to say, socialism has an unmatched track record of failure. It was such a disaster than only a few supposedly high-ranked academics (see this postscript) thought it worked.

But what about high-ranked communists who grew up under socialism. Did they think it worked?

The Houston Chronicle dug into its archives to produce a story about an incident that may have played a big role in history. It’s about a senior communist functionary who was exposed to a slice of capitalism.

Yeltsin visited mission control and a mock-up of a space station. According to Houston Chronicle reporter Stefanie Asin, it wasn’t all the screens, dials, and wonder at NASA that blew up his skirt, it was the unscheduled trip inside a nearby Randall’s location.

Yeltsin, then 58, “roamed the aisles of Randall’s nodding his head in amazement,” wrote Asin. He told his fellow Russians in his entourage that if their people, who often must wait in line for most goods, saw the conditions of U.S. supermarkets, “there would be a revolution.” …In the Chronicle photos, you can see him marveling at the produce section, the fresh fish market, and the checkout counter. He looked especially excited about frozen pudding pops. “Even the Politburo doesn’t have this choice. Not even Mr. Gorbachev,” he said.

This random trip to a typical supermarket may have changed history.

About a year after the Russian leader left office, a Yeltsin biographer later wrote that on the plane ride to Yeltsin’s next destination, Miami, he was despondent. He couldn’t stop thinking about the plentiful food at the grocery store and what his countrymen had to subsist on in Russia. In Yeltsin’s own autobiography, he wrote about the experience at Randall’s, which shattered his view of communism, according to pundits. Two years later, he left the Communist Party and began making reforms to turn the economic tide in Russia. …“When I saw those shelves crammed with hundreds, thousands of cans, cartons and goods of every possible sort, for the first time I felt quite frankly sick with despair for the Soviet people,” Yeltsin wrote. “That such a potentially super-rich country as ours has been brought to a state of such poverty! It is terrible to think of it.”

Since the Soviet Union was mired in poverty at the time, Yeltsin presumably was speculating about the potential wealth of his country.

And the good news is that the rigid communism of the Soviet Union is gone. Heck, the Soviet Union doesn’t even exist. Reagan was right when he predicted  the triumph of freedom, with Marxism being relegated to the “ash heap of history.”

But the bad news is that Russia (the most prominent of the 15 nations to emerge after the crackup of the Soviet Union) is a laggard on economic reform. There was a shift away from close-to-pure communism in the 1990s, to be sure, but the country still has a long way to go before it can be considered capitalist.

Here’s a back-of-the-envelope “statism spectrum” that I created. It’s designed to show that there are no pure libertarian paradises, not even Hong Kong. And there are no pure statist dystopias, not even North Korea (though that despotic regime is as close to pure evil as exists in the world).

Russia, I’m guessing, would be somewhere between China and Mexico.

And this gives me a chance to close with an important point. Perfect economic policy almost surely is an impossible goal. But that’s fine. We can still enjoy good growth so long as we strive to at least move in the right direction. As I explained back in 2012, the private sector is capable of producing impressive results so long as it has sufficient breathing room to operate.

P.S. If you want a simpler and more amusing explanation of different economic systems, here’s the famous “two cows” approach.

Did the Manufacturing Sector Go on Life Support in September?