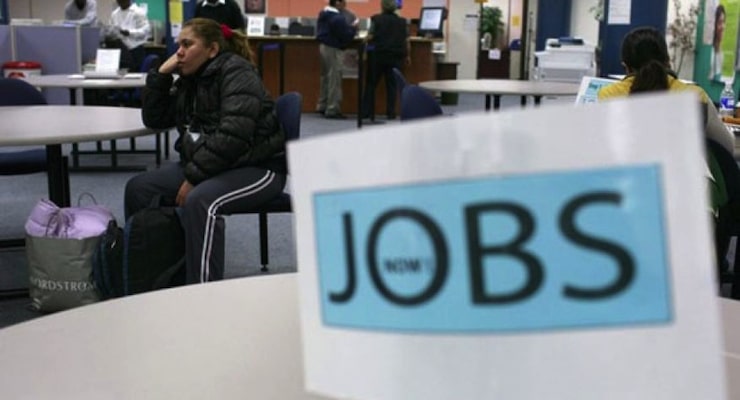 A discouraged worker sits in an unemployment office in San Francisco. (Photo: Reuters)

The ADP National Employment Report released Wednesday showed U.S. private employers added 182,000 jobs in October, while job creation last month was revised down. The report came in slightly above Wall Street’s expectations, as economists surveyed by Reuters had forecast a gain of 180,000 jobs.

“Firm size contributions to October employment gains returned to the same pattern we had been seeing for some time prior to September as small businesses rebounded to account for almost half the jobs added,” said Ahu Yildirmaz, VP and head of the ADP Research Institute. “Large companies continue to be negatively impacted by trends such as low oil prices and the strong dollar driving weaker exports. On the other hand, small businesses can benefit from these same trends.”

Meanwhile, private payroll gains in September were revised down to 190,000 from an originally reported 200,000 increase. The report is jointly developed with Moody’s Analytics.

“Job growth as measured by the ADP Research Institute is not slowing meaningfully in contrast with the recent slowdown in the government’s data,” said Mark Zandi, chief economist of Moody’s Analytics. “The economy is creating close to 200,000 jobs per month. Job gains are broad based with energy and manufacturing alone subtracting from the top line. Small businesses, in particular, are contributing to the labor market’s solid performance.”

The ADP figures come ahead of the U.S. Labor Department’s more comprehensive non-farm payrolls report on Friday, which includes both public and private-sector employment.

Economists polled by Reuters are looking for total U.S. employment to have grown by 180,000 jobs in October, compared to the 142,000 created in September. The unemployment rate is forecast to remain at 5.1 percent.