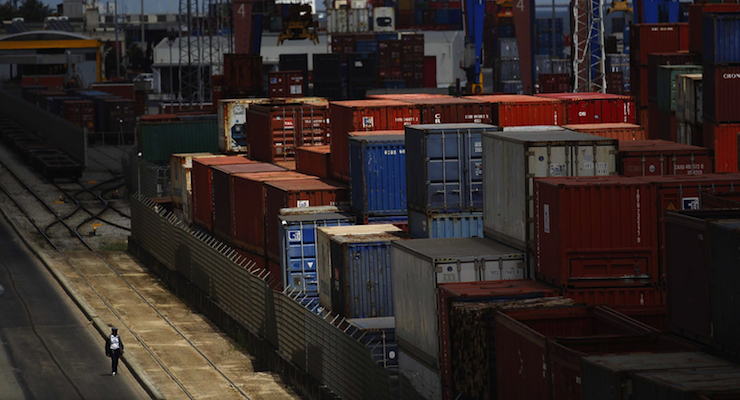 The report shows much of the widening deficit posted in August was reversed, though the prior month’s numbers were revised slightly down to $48 billion from the previously reported $48.3 billion. When adjusted for inflation, the deficit fell to $57.2 billion in September from $63.0 billion in the prior month. Trade had virtually no impact on gross domestic product (GDP) for the third quarter, which clocked in at just 1.5%. The steep decline in economic growth from the second quarter, which came in at 3.9%, was fueled in large part by a slow pace of inventory accumulation scaling back from energy firms.

However, imports from China hit a record high in September, pushing the politically sensitive U.S.-China trade deficit to an all-time high of $36.3 billion. That was up 3.8% from August. The news will certainly be echoed by GOP frontrunner Donald Trump, who has harshly criticized politicians on both sides of the aisle for “losing” to China by negotiating imbalanced trade deals and allowing currency manipulation.