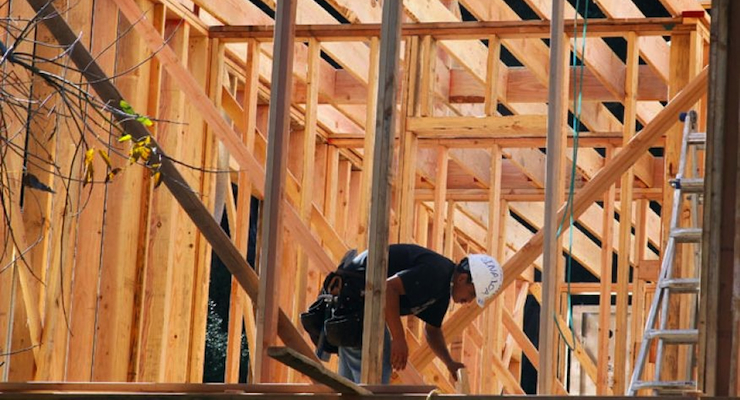 The Labor Department said the U.S. economy added 235,000 new jobs in February and the unemployment rate fell, beating expectations for 190,000 jobs. The unemployment rate ticked down to 4.7% from 4.8%, while the labor force participation rate edged up slightly to 63% from 62.9% in January.

A tightening job market is finally starting to put upward pressure on stubborn wage growth, but it came in a little below the median forecast. Average hourly earnings for private-sector workers rose 0.2% in February from the prior month and wages were up 2.8% from a year earlier.

Worth noting, the underlaying data inside the report indicates the rise in wages will likely continue and could even improve. The number of Americans employed part-time for economic reasons– otherwise known as involuntary part-time workers–fell from 6,226,000 to 6,106,000 and the quality of jobs created this month showed improvement.

The economy added 58,000 construction jobs in February, with gains in specialty trade contractors (+36,000) and in heavy and civil engineering construction (+15,000). There have been been 177,000 jobs added in construction over the past 6 months, but this is the single largest 1-month gain since the Great Recession.

December, the final full month of the Obama presidency, was revised down considerably to show a gain of just 155,000 jobs.

The broad-based optimism in the jobs report all but ensures the Federal Reserve will raise interest rates the when they meet next week. Fed Chairwoman Janet Yellen said last week the Federal Reserve Open Markets Committee (FOMC) would “evaluate whether employment and inflation are continuing to evolve in line with our expectations, in which case a further adjustment of the federal funds rate would likely be appropriate.”

Ms. Yellen said inflation “seemed to be moving” (Fed target is 2% annual) and that monthly jobs gains in the range of 75,000 to 125,000 would be consistent with underlying population growth. However, that was not an entirely accurate statement. The consensus number is closer to 250,000, which indicates even this jobs report needs to pick up more.

Still, the labor market in February far outpaced her self-imposed level and we now have new evidence of firming wage growth, as well.

On Thursday, the ADP National Employment Report found the private sector added 298,000 jobs in February, far more than the 190,000 expected by economists for the month. The ADP report offers renewed optimism for wages, as job creation not only exceeded expectations but was also broad-based.