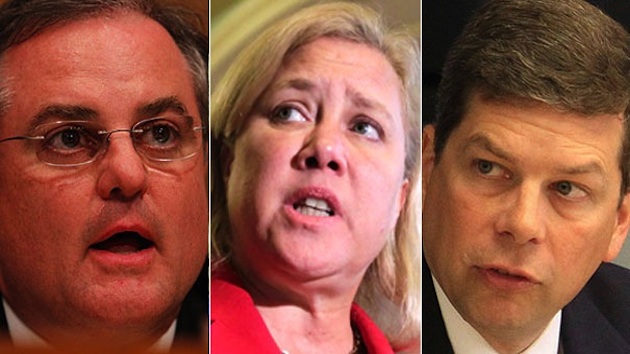 There are roughly five weeks to go until Election Day, and we are beginning to get a slightly better picture of how the competitive Senate races are panning out. It was right about this time in 2012 when Democrats saw their position strengthen and races began to break their way nationwide. Still, a lot can happen from now to November, but with West Virginia, South Dakota, and Montana firmly in the Republican corner, the Democrats appear to be at least two seats shy of keeping their majority.

While we are talking Senate races that are moving toward the GOP now, there has been new data suggesting some aren’t panning out the way they had hoped. We will share those with you in the following days. We are a “big picture” model, so we suspect that the polling variable may just be tilting some of the election projections — perhaps unfairly — away from the GOP this cycle for two reasons.

First, there have been fewer polls this cycle than in previous cycles, which is causing volatility and that can make it more difficult to ascertain if what appears to be movement is nothing more than built-in pollster bias. Second, and further compounding the problem, is that the majority of polls this cycle are of poor quality.

The post-Labor Day generic congressional ballot results are beginning to show a clear and, perhaps further widening, rather consistent lead for the Republicans. The data on a few races warrants some additional scrutiny before deciding races are truly moving against the fundamentals and national political climate. For now, let’s take a look at the four big races moving into the Republican corner (or, in two cases further into the GOP corner). If you want a recap or have never read about the details of PPD’s 2014 Senate Map Predictions model, then by all means visit and take a look. 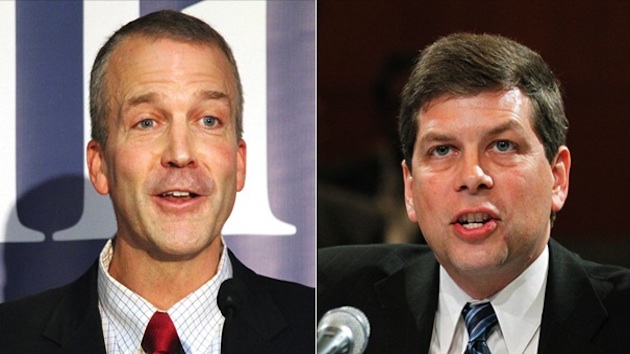 The Alaska Senate race broke for Republican Dan Sullivan after incumbent Democrat Sen. Mark Begich crossed the line running a TV ad that highlighted the case involving 25-year-old Jerry Active, who is currently charged with murdering two grandparents and sexually assaulting their two-year-old granddaughter. The campaign ad blamed then-Attorney General Dan Sullivan for what the state even admitted was not his mistake that resulted in Active getting early release. The victim’s family asked Begich to pull the ad, but he refused to do so for several days, opting instead to run an equally offensive edited version.

Until then, Sen. Begich had run a flawless campaign that was remarkably successful in localizing the issues, rather than allowing Sullivan to make the election about the deeply unpopular Democratic Party and President Obama. But Begich was defying political gravity with his localized strategy, which basically asked voters to trust his character even though they may not necessarily agree with him on the issues. We, since Dec. of last year, have always contended the fundamentals would likely catch up to him. In a deeply red state with a PVI of R+12, which Mitt Romney easily won by 13 points, Begich boasts defeating scandal-laden Senator Ted Stevens in 2008 — a Democratic wave election no less — by under just 4,000 votes.

Though we have stressed the fundamentals in this race and cautioned about trusting surveys in notoriously hard-to-poll states such as “The Last Frontier,” even the polling data from pollsters who grossly under-predicted Sullivan’s primary support are beginning to reflect the ever-present reality of Alaska’s political leanings. Since Labor Day, Begich went from a 4.6 percent average lead in registered voter surveys to a nearly 5-point deficit on likely voter models. We have had this race teetering in “Leans Republican” territory for quite a while, but with a 66 percent chance of Sullivan defeating Begich in November, his race just teetered into “Likely Republican.”

The PPD model has always been more bullish on Rep. Tom Cotton in the Arkansas Senate race comparable to other models, particularly the well-respected guys at Crystal Ball. We previously disputed a decision they made to move the race to “Leans Democrat” based on one PPP Poll before again moving it all the way to “Leans Republican” where it sits now.

We have always been pretty clear on our assessment, which is, even though incumbent Democrat Sen. Mark Pryor is a strong candidate and is certainly no Blanche Lincoln, he is going — more likely than not — to lose. Now, the polling data is doing what we expected it to do, albeit at a slower and more gradual pace — it’s converging with the “big picture” fundamentals.

Notice that Mark Pryor’s increased share of the vote is almost entirely due to a single poll — CNN/Opinion Research — finding him at 47 percent support. Pryor’s challenged by the reality he must run stronger than usual for a Democrat in the only swing region of the state remaining — the South — which means he must outperform in Arkansas’s 4th Congressional District, and you may have already guessed that it happens to be represented by Rep. Tom Cotton. The district has continued to trend Republican, voting for Mitt Romney by a 26-point margin and in 2014 has a PVI (Partisan Voting Index) of R+15.

Post-Labor Day polling data has increased Cotton’s chances of victory from 64 percent since our last analysis to 70 percent, moving the rating from “Leans Republican” to just over “Likely Republican.”

Colorado, along with Iowa, had been on PPD’s election projection radar months before any of the other prognosticator even began paying attention. The dynamic of this race has changed dramatically since the National Journal released a May article entitled, “Colorado’s Forgotten Senate Race.”

As we’ve previously explained, the entrance of Cory Gardner to the race was a game-changer, because he closed the ever-important talent gap, which sent this race into competitive territory when it significantly increased the Republican score on candidate strength.

Just after Labor Day, Udall began bombarding Gardner with heavy advertising and though it has now evened out, the incumbent will likely retain a slight money advantage. As of June 30, Udall had $5.7 million in cash on hand compared to Gardner’s $3.4 million, according to the FEC disclosures. Those numbers will soon be old and it may turn out that Udall’s burn rate is through the roof, but there is a larger picture here.

Advertising campaigns can often produce temporary — or, artificial — bounces in the polls. Yet, despite having already spent roughly $7,000,000 out of his $13,000,000 war chest by the beginning of August, mostly on attack ads aiming to define Gardner early, we are starting to see a fairly consistent lead for Gardner in the more-accurate likely voter polling samples.

Gardner is only a 56 percent favorite, but that’s just barely enough to put this race into the “Leans Republican” corner for the first time this cycle.

Colorado Senate Race Analysis: No Rocky Mountain High Approval Of Udall, At All – 1/11/2014 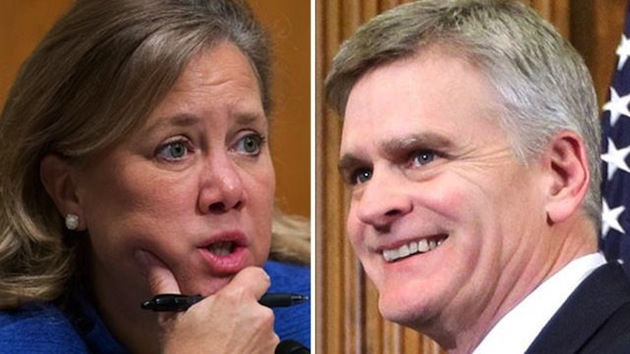 Incumbent Democrat Sen. Mary Landrieu’s chances at reelection have run against her all cycle and, after giving the incumbent the benefit of the doubt for months, in large part due to the nature of the jungle primary in the Louisiana Senate race, we are moving this race from a “Toss-Up” to “Leans Republican” on the 2014 Senate Map. Republican Rep. Bill Cassidy now has a 64 percent chance of defeating Landrieu, which we view as more likely than not going to have to wait until the runoff.

First, Landrieu’s support among white voters, something we have warned about all year, is now at levels that make it nearly impossible for her to put together a majority. And that’s true for the jungle primary setting and the runoff, which we will discuss in a moment.

Her precipitous decline among white Democrats and female voters overall is particularly noteworthy. In May, her average support fell in the mid twenties with only 43 percent of white female Democrats saying they would back her in the fall, while 36 percent say they will vote for one of the Republican candidates. Now, just 20 percent of white voters support her reelection. Even if black voters make up 35 percent of the electorate — an unlikely yet not impossible outcome for a midterm — she would still only end up somewhere in the low 40s, curiously where her average overall polling support stands now.

Second, the uncertainty of the jungle primary weighed heavily on our model, particularly with Landrieu posting big fundraising numbers and outspending Cassidy. Contrary to what you frequently hear from TV pundits, our research shows there is little evidence to suggest Landrieu would fare worse in a runoff election with Cassidy. But, considering Republicans are now favored to net at least the six seats needed for a majority, we believe this cycle may be different.

For instance, even if black voters turn out enough in November to keep her in the game, the likely best case scenario for Democrats would be to have control of the Senate decided in December’s runoff. Republicans will be significantly more energized to ensure they net that final seat, leaving Landrieu and her 20-percent white support to get swamped by Cassidy on December 6.