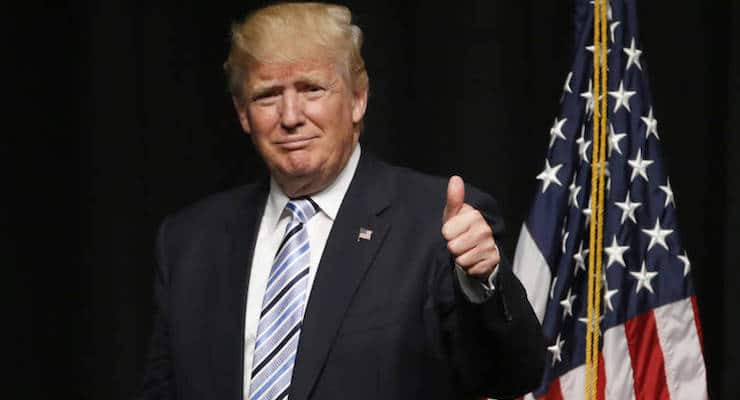 Donald Trump has long claimed he could make a play for states other GOP candidates could not dream to compete it. On Thursday, during an energy policy speech at the Williston Basin Petroleum Conference in Bismarck, N.D., the presumptive Republican nominee revealed his plan to do just that and expand the general election map.

While he unveiled an “America first” energy plan in prepared remarks to a stadium packed with thousands, which consisted of an “all-of-the-above” policy approach, he went off scripted topic in typical Trump fashion.

He vowed to focus on making a play for 15 states, such as California and others that Republicans have long ignored. PPD has confirmed that paid and volunteer staff have already been assembled and dispatched to Rust Belt states, including Michigan, Wisconsin, Minnesota, Pennsylvania and Illinois. Mr. Trump believes his working class message focusing largely on energy, trade and immigration will enable him to carry states Democrats didn’t expect to have to defend.

While those who underestimated the New York businessman in the Republican primary are now among those criticizing him for moving to expand the map, the actual voting data suggest his populist message is resonating with Rust Belt voters. Polls show Mr. Trump topping Mrs. Clinton in the battleground state of Ohio and running even in Pennsylvania, a state he won with roughly the same number of votes as the likely Democratic nominee.

“Donald Trump received more votes in Ohio when he lost the Buckeye to the governor than Hillary Clinton received when she won it against Sen. Bernie Sanders,” said PPD’s senior political analyst Richard Baris. “He did it by winning steel workers in the Southeastern region of the state and other traditionally Democratic voting groups.”

Worth noting, there are also a number of New England states in which Mr. Trump is running surprisingly strong, whether he will carry them or not come November. For more than two weeks, Mr. Trump has led Mrs. Clinton in Maine by a margin anywhere from 2 to 6 points in PPD tracking.