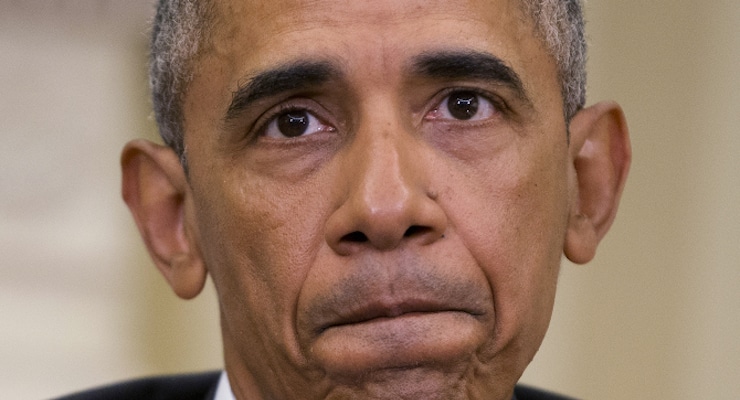 President Barack Obama has instructed staff to clear his presidential schedule in the month of October so he can campaign non-stop for Hillary Clinton. People’s Pundit Daily has confirmed that Mr. Obama, who previously mocked the Donald Trump’s chances at victory in November, is now extremely concerned about the latest polling data.

With the Republican nominee getting a larger-than-expected bounce after the convention last week in Cleveland, President Obama is now forced to contemplate what a Trump presidency would mean for his legacy items, including his still-unpopular signature health care law.

When pressed for more details about the day-to-day operations and duties of the presidency, as in who will be responsible for carrying them out, they offered none.

Mr. Trump now leads on the PPD average of national polls by 2.3 points, though his lead in the most recent polls is as high as 7 percentage points. Only a few short months ago, the president and Mrs. Clinton mocked the idea Mr. Trump was a serious threat, though the prospect of him running in 2012 concerned Mr. Obama more than Mitt Romney. Now, Democratic advisors are alarmed by how close he is to reaching the 50-percent threshold and how badly Mrs. Clinton’s image has become.

A recent Gallup survey conducted ahead of the Democratic National Convention found voters’ views on Mrs. Clinton more negative than ever before measured in the nearly 3 decades of her political career.

Is Tim Kaine "Bought and Paid for by the Big Banks"?