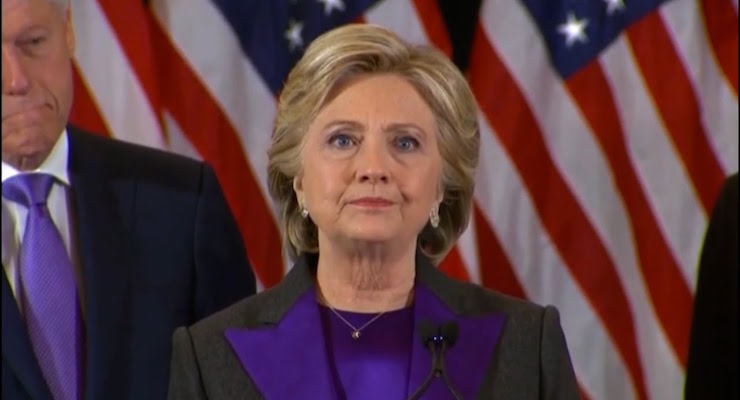 The Electoral College dealt Big Media and Democrat Hillary Clinton one more final embarrassment. With nearly all the Electoral College votes cast, the former secretary of state set a 104-year record for the candidate with the most faithless electors. If you fell for the Big Media hysteria, then you might be surprised to hear faithless electors are actually pretty common.

(UPDATE: Since this article was first written, Mrs. Clinton got another faithless elector in the state of Hawaii. Her total now stands at 5.)

For all the headlines focusing on one faithless elector in Texas who turned out to be a complete fraud, it would really surprise you to hear that Mrs. Clinton not only lost more electors than President-elect Donald J. Trump, but the most of any candidate in over 100 years.

In what was a shocking development to Big Media, 4 Democratic electors in Washington State voted for someone other than Mrs. Clinton. The total was 3 for former Secretary of State Colin Powell, while the remaining one voted for Faith Spotted Eagle. Mrs. Clinton only secured 8 of the state’s total 12 Electoral College votes. That wasn’t the end to her troubles, either.

Not since 1912–when 8 Republican electors defected and voted for Nicholas Murray Butler instead of Vice Presidential candidate James S. Sherman, who died before the election–has anyone lost more electors than Mrs. Clinton. Sherman was President William Howard Taft’s vice president and they were both running for re-election.

Not since 1896, when two parties, the Democratic Party and the People’s Party, ran William Jennings Bryan as their presidential candidate has a candidate lost as many electors in the Electoral College as Mrs. Clinton did in 2016.

In total, there have been 157 faithless electors since the founding of the Electoral College, of which 71 were the result of the candidate dying before the day electors cast their votes. Only 3 electors abstained rather than vote for their party’s nominee and 83 electoral votes were changed based on the elector’s personal choice.

It could’ve been even worse for Mrs. Clinton.

In Minnesota, the Electoral College per state rules replaced an elector who refused to vote for her. In Maine, which was set to split it’s electoral votes for the first time ever after President-elect Trump won the Second Congressional District, Democratic elector David Bright cast his first vote for Sen. Bernie Sanders. He switched his vote back on a second round of voting.

It’s a fitting end to a presidential election in which the media coverage was so divorced from reality PPD readers and millions of other Americans sometimes felt like they were in the Twilight Zone. Judging by the hysterical and factually inaccurate coverage of his transition, I don’t expect it will end.