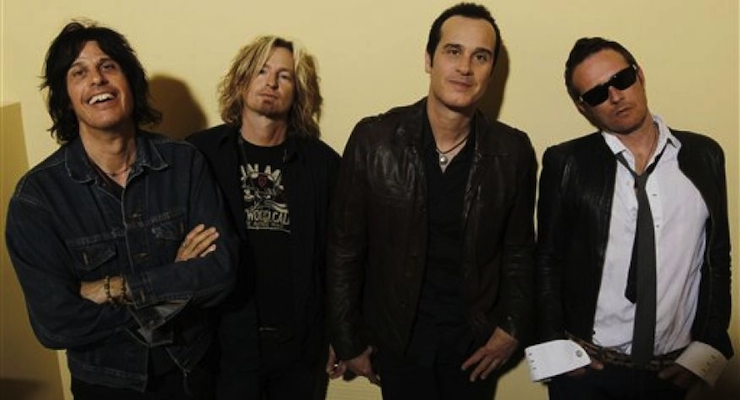 Scott Weiland, the former lead singer of Stone Temple Pilots, died in his sleep Thursday night while on tour with his new band in Minnesota at age 48.

“Scott Weiland, best known as the lead singer for Stone Temple Pilots and Velvet Revolver, passed away in his sleep while on a tour stop in Bloomington, Minnesota, with his band The Wildabouts,” his Facebook page posted. “At this time we ask that the privacy of Scott’s family be respected.”

“The story’s not finished,” Weiland told The Associated Press at the time. “There’s more to be revealed and more to be told.”

“Core,” Stone Temple Pilots’ (STP) 1992 debut, has sold more than 8 million units in the United States. Their other hits include “Vasoline,” ”Interstate Love Song” and “Plush,” the latter of which won a Grammy in 1993 for best hard rock performance with vocal.

However, Weiland suffered from drug and alcohol addiction for years. In 1995, he was arrested after deputies found him carrying crack and heroin. He pleaded guilty to felony heroin possession in 1998. And his arrests for drug possession and stints in rehab led the Stone Temple Pilots to cancel tour dates and contributed to their 2003 breakup.

Tom Vitorino, Weiland’s manager, told the Associated Press (AP) he found out about Weiland’s death from the singer’s tour manager, but did not provide further details. Police are investigating.