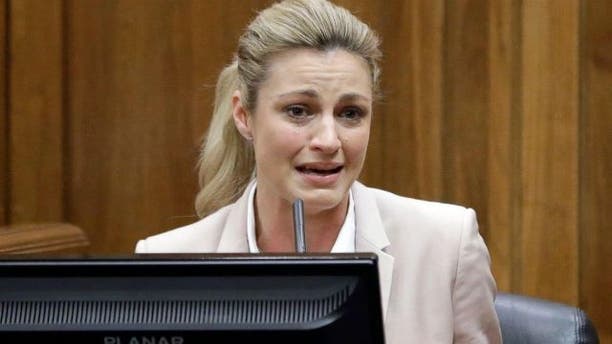 A jury awarded Erin Andrews $55 million on Monday in her lawsuit against a stalker who bought a hotel room next to her and secretly recorded a nude video, finding that the hotel companies and the stalker shared in the blame. The decision comes after Davidson County Circuit Court Judge Hamilton Gayden on Friday found Michael David Barrett at fault and instructed jurors to decide if the hotel owner, West End Hotel Partners, and former operator, Windsor Capital Group, shared responsibility.

The hotel is a franchise and Marriott was not part of the civil trial.

“I’ve been honored by all the support from victims around the world. Their outreach has helped me be able to stand up and hold accountable those whose job it is to protect everyone’s safety, security and privacy,” she said in a statement posted on her Twitter account.

The panel after a full day of deliberations said the stalker was responsible for 51% of the verdict and the two hotel companies should share the remaining burden, which comes to almost $27 million.

An FBI investigation found that Barrett shot videos in hotels in Nashville and Columbus, Ohio, and posted them online. However, the civil trial focused on the video shot in 2008 at the Nashville Marriott at Vanderbilt.