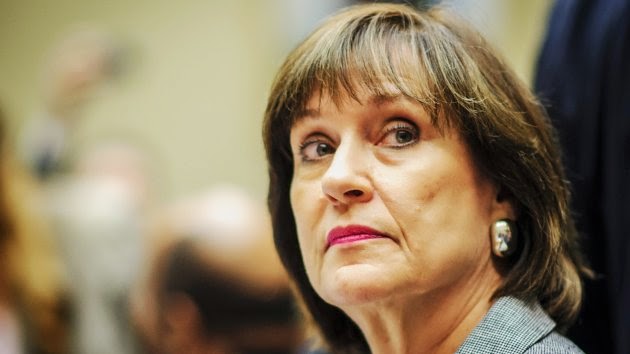 The former IRS official Lois Lerner, the figure at the center of the IRS scandal. (Photo: Getty)

Obama administration lawyers admitted that the long-sought Lois Lerner emails, which they first claimed were lost due to hard drive failure, aren’t really lost at all. The latest development came a little over a months after U.S. District Judge Emmet G. Sullivan ordered agency officials to explain under oath how a treasure trove of IRS emails to and from Lois Lerner, the central figure in the targeting scandal, went missing.

“Department of Justice attorneys for the Internal Revenue Service told Judicial Watch on Friday that Lois Lerner’s emails, indeed all government computer records, are backed up by the federal government in case of a government-wide catastrophe,” Judicial Watch President Tom Fitton said.

Sullivan gave the IRS 30 days to comply in the form of a declaration by an “appropriate official.” So, why haven’t they been handed over to independent investigators yet?

“The Obama administration attorneys said that this back-up system would be too onerous to search,” Fitton said. “We obviously disagree that disclosing the emails as required would be onerous, and plan to raise this new development with Judge Sullivan.”

IRS officials, including IRS Commissioner John Koskinen, told members of Congress and congressional investigators that thousands of Lerner’s emails sent prior to 2011 were lost and that the data was unrecoverable. As far as the back-up system, they also said that, too, had been erased beyond recovery. Despite numerous IT experts stating that this was an impossibility, Congress was told roughly a half dozen IRS officials in addition to Lerner — most were also suspected of targeting — had also lost emails due to computer crashes.

“This is a jaw-dropping revelation,” Fitton said. “The Obama administration had been lying to the American people about Lois Lerner’s missing emails. There are no ‘missing’ Lois Lerner emails – nor missing emails of any of the other top IRS or other government officials whose emails seem to be disappearing at increasingly alarming rate.”

In his ruling last month, Judge Sullivan took the unprecedented step to appoint Magistrate Judge John M. Facciola to manage and assist in discussions, and ordered the IRS to work with Judicial Watch to decide the methods used to obtain the missing records from various sources.

The order came as part of a freedom of information lawsuit by the government watchdog group. Judge Sullivan has encouraged Judicial Watch to submit a request for limited discovery into the missing IRS records after September 10.

Lois Lerner headed up the IRS unit in charge of granting tax-exempt status to 501(C)-4 groups, which embarked on a partisan crusade to target conservative groups using the power of the most feared agency in the federal government. Past emails obtained by Judicial Watch and congressional investigators show Lerner and her associates at the IRS disagreed with the Supreme Court decision in Citizens United v. Federal Election Commission, which dealt with the restriction and regulation of campaign spending by corporations, and decided to take the law into their own hands.

Lerner was held in contempt of Congress, and even referred Iowa Sen. Grassley for a completely unjustified internal audit, which an employee refused to move forward on.

Shapiro To Jones On New Ferguson Shooting Audio: 'We Just Need To Shut Up'