HomeNewsPoliticsThey’re Already Here: The Many Faces Of Homegrown Terrorism

They’re Already Here: The Many Faces Of Homegrown Terrorism 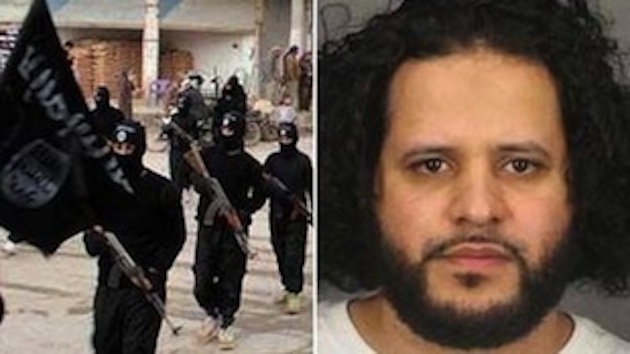 ISIS recruiter Mufid Elfgeeh, 30, of Rochester, was indicted by a federal grand jury on three counts of attempting to provide material support and resources to the terror army.

Mufid Elfgeeh, 30, of Rochester, N.Y., was indicted by a federal grand jury on three counts of attempting to provide material support and resources to the group widely known as ISIS. Elfgeeh was trying to recruit fighters for the Islamic State army, even paying for their travel and buying guns, according to federal prosecutors.

Though the Obama administration has been far behind the ball, ISIS has finally been designated by the U.S. State Department as a foreign terrorist organization. Yet for most of the president’s administration, there has been a systematic resistance to name Islamic terrorism and downplay the threat to the homeland posed by homegrown terrorists, which has been largely ignored by a complacent media.

Elfgeeh, who was born in Yemen and is a naturalized U.S. citizen, is one of the first people accused by the U.S. of recruiting on behalf of ISIS.

According to court documents, which were reportedly reviewed by the Rochester Democrat & Chronicle, Elfgeeh was attempting to raise money to enable a Yemeni man to join ISIS. Officials say he allegedly sent the man $600 to travel from Yemen to Syria. An FBI affidavit states that in April Elfgeeh went to Buffalo with a man he didn’t know to be a FBI informant to get him a passport.

Elfgeeh told the informant that ISIS would use him to “operate a cannon, act as a sniper and/or build bombs,” according to the document.

Elfgeeh was finally arrested in May in the parking lot of a local Walmart after selling two handguns complete with silencers and ammunition. Surveillance efforts discovered tweets referring to jihad and eventually led to an investigation that concluded when he gave the informant $1,050 in cash to purchase the handguns. Federal authorities said he bought the weapons as part of a plan to kill members of the U.S. armed forces returning from war, as well as Shiites in the Rochester area.

“The greatest threat is from a sympathizer of Islamist terrorists already here,” Ryan Mauro, a national security adviser with The Clarion Project said in a recent interview. “Given the attraction of ISIS right now, that is who the perpetrator would mostly likely identify with.”

But the reluctance on the part of the Obama administration to label domestic, homegrown terrorism a product of Islamic extremism, has been well-documented. We recently learned that Army Maj. Nidal Hasan, who killed 13 and injured 30 during a 2009 shooting at the Fort Hood military base in Texas, wrote a letter to ISIS asking to become a citizen of the Islamic State’s caliphate.

“I formally and humbly request to be made a citizen of the Islamic State,” Hasan wrote in the letter. “It would be an honor for any believers to be an obedient citizen soldier to a people and its leader who don’t compromise the religion of All-Mighty Allah to get along with the disbelievers.”

The Obama administration, spearheaded by Attorney General Eric Holder’s Justice Department, has refused to call the Fort Hood shooting anything other than “work-place violence” despite the evidence to the contrary. A recent statement made by Holder regarding the Elfgeeh case has once again raised eyebrows.

“As this case shows, our agents and prosecutors are using all the investigative tools at our disposal to break up these plots before individuals can put their plans into action,” said Attorney General Eric Holder in a statement. “We are focused on breaking up these activities on the front end, before supporters of ISIL [another name for ISIS and IS] can make good on plans to travel to the region or recruit sympathizers to this cause.”

But critics say Holders statement offers insight into the misperception members of the administration regarding how radical Islamic ideology works on homegrown terrorists. “These activities” is Holder’s replacement for Islamic terrorism, and ISIS doesn’t even need to “make good on plans to travel to the region” to hit the United States.

“These local groups have a record of recruiting Americans to come join them overseas and sometimes to even support them from inside America,” Mauro added. “It is conceivable for any of these group’s supporters inside the U.S. to carry out an attack on the homeland. All it takes are a few nudges from the group itself, Islamists outside the group, or their own personal ego.”

CIA officials say thousands of western jihadists, many from Europe but also from the U.S., have been flocking to Syria and Iraq to join the Islamic State for over a year. Even though American public opinion is just now forcing the Obama administration to somewhat confront the threat, the flow began after the group took Fallujah in Iraq and announced the beginning of a caliphate of Sharia law.

For instance, Douglas McAuthur McCain and Abdirahmaan Muhumed, both have already been killed in battle in Syria and hail from the Minneapolis, Minnesota, area. But the two cases, along with the revelation that the ISIS executioner was British, underscore how lax Western immigration policies have endangered the homeland.

Elfgeeh’s lawyer, Assistant Federal Public Defender Mark Hosken, told the Democrat & Chronicle that he would enter a not guilty plea in response to all the charges. While Elfgeeh’s case seems to be gaining some degree of media attention nationwide, he is certainly not alone.

Ali-Muhammed Brown, 29, is a convicted sex offender and self-proclaimed homegrown terrorist. He has also been charged with killing three men in Seattle earlier in the summer, and most recently gunned down Brendan Tevlin, 19, a New Jersey college student. 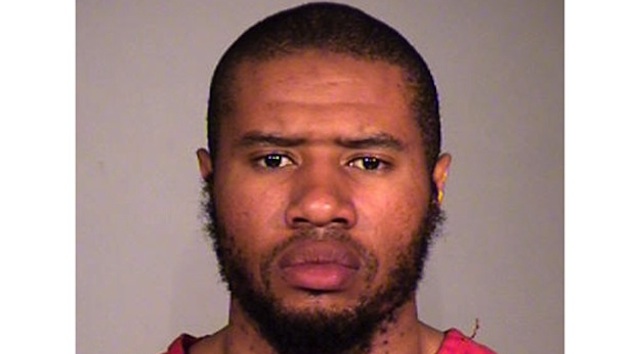 Ali-Muhammed Brown, 29, is a convicted sex offender and self-proclaimed homegrown terrorist. He has also been charged with killing three men in Seattle earlier in the summer, as well as Brendan Tevlin, 19, a New Jersey college student.

Brendan sat idling in his Jeep at a red light in West Orange, N.J., Brown shot through the driver-side door ten times, hitting him with eight and mortally wounding him. The government has done everything in their power to ignore Brown’s claim that killing 19-year old Brendan was a “just kill” and that he was seeking vengeance for Muslim deaths in “Iraq, Syria, (and) Afghanistan.” Brown was linked to a previous terror financing racket. He was arrested in Seattle in 2004 along with 13 other members of a bank fraud ring that federal investigators alleged sent money to terrorist groups.

It would seem that Brown is the quintessential “lone wolf” inspired by jihadist ideology who intelligence officials have long-warned about, yet investigators in Essex County, N.J., have characterized Tevlin’s murder as a robbery turned violent.

Homegrown terrorism is not only a decided threat, but it is also not one solely dominated by men.

Last week, 19-year-old Shannon Conley of Arvada, Colorado, a Denver suburb, pleaded guilty to one count of conspiracy to provide material support to a designated foreign terrorist organization. Conley planned to aid Al Qaida and its affiliates by offering to use her military training with the U.S. Army Explorers “to go overseas to wage jihad” and “to train Islamic jihadi fighters in U.S. military tactics.”

According to the federal criminal complaint filed in April, she also told investigators she would use her medical training to help jihadi fighters on the battlefield. Unfortunately for American national security, the Obama administration policy is struggling to put together a plan to defeat ISIS and Islamic terrorism on foreign battlefields, while they still deny the threat from what is clearly a real threat on a battlefield a little closer to home.