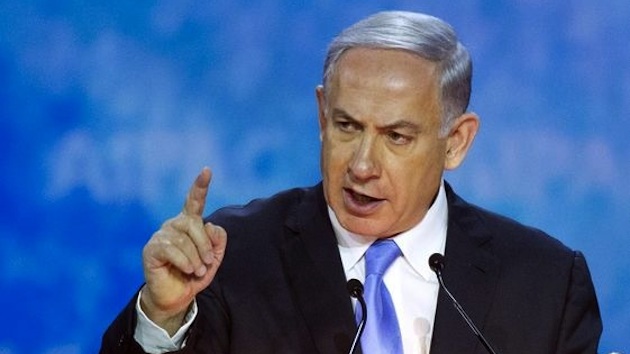 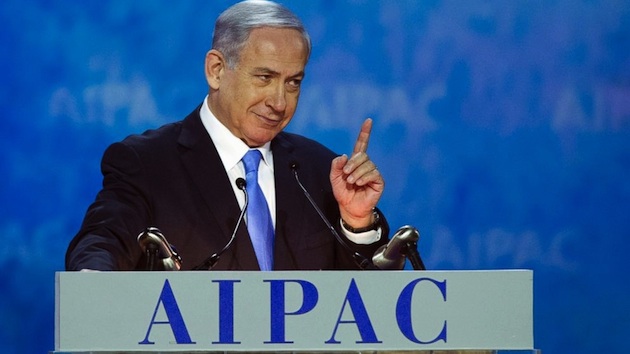 Israeli Prime Minister Benjamin Netanyahu Monday tried to ease tensions surrounding his speech to Congress this week on the Iranian nuclear talks. Speaking to a record 16,000 people at the American Israel Public Affairs Committee (AIPAC) conference in Washington, Netanyahu said he means no “disrespect” to President Obama but that he feels “a moral obligation” to warn U.S. lawmakers and the American people of the dangers of cutting a deal with Tehran, a regime that has threatened to “wipe Israel off of the map.”

“First, let me clarify what is not the purpose of that speech. My speech is not intended to show any disrespect to President Obama or the esteemed office that he holds. I have great respect for both,” Netanyahu said. “I deeply appreciate all that President Obama has done for Israel… I am deeply grateful for this support, and so should you be.”

President Obama responded by giving an interview with Reuters, stating the speech will not be “permanently destructive to U.S.-Israeli relations, but “a distraction.”

“I don’t think it’s permanently destructive,” Obama said. “I think that it is a distraction from what should be our focus. And our focus should be,‘How do we stop Iran from getting a nuclear weapon?’”

Obama said that there remains “substantial disagreement” between his administration and the Israeli government over how to achieve that goal. However, the president confirmed a previously leaked term of the still-secret framework agreement that has many lawmakers, including Democrats, very concerned.

“If, in fact, Iran is willing to agree to double-digit years of keeping their [nuclear] program where it is right now and, in fact, rolling back elements of it that currently exist,” Obama said. “If we’ve got that, and we’ve got a way of verifying that, there’s no other steps we can take that would give us such assurance that they don’t have a nuclear weapon.”

Still, many Democrats are following the president’s lead, even though many have both publicly and privately expressed concerns over the terms of the nuclear talks with Tehran. At last count, as many as 55 Democrats will not attend the speech at the U.S. Congress, which is currently served by the smallest number of Democrats in nearly a century.

In his roughly 20-minute speech, Netanyahu defended his decision to accept House Speaker John Boehner’s invitation, saying he did not seek to inject partisanship into U.S.-Israeli relations nor score political points at home two weeks ahead of his own election.

While the prime minister enjoys a large lead in recent polling, the decision to speak to Congress has not earned him favorable press at home. But Netanyahu insists it is responsibility to the survival of the Jewish state that drives his decision-making process, not politics.

“I’ve been prime minister of Israel for nine years,” he added. “There’s not a single day, not one day that I didn’t think about the survival of my country and the actions that I take to ensure that survival, not one day.”

Speaking to the historical differences between the U.S. and Israel over the “course of our nearly 70-year-old friendship,” Netanyahu said “our friendship will weather the current disagreement, as well, to grow even stronger in the future.” Despite the current differences, “the values that unite us are much stronger than the differences that divide us values like liberty, equality, justice, tolerance, compassion.”

The Israeli prime minister was tasked with not only easing tensions with a frustrated U.S. administration desperate to strike a deal with Iran, but also with highlighting one of the most fundamental differences between the allies.

Walker To Wallace: 'My View Has Changed' On Immigration, 'I'm Flat Out Saying it'