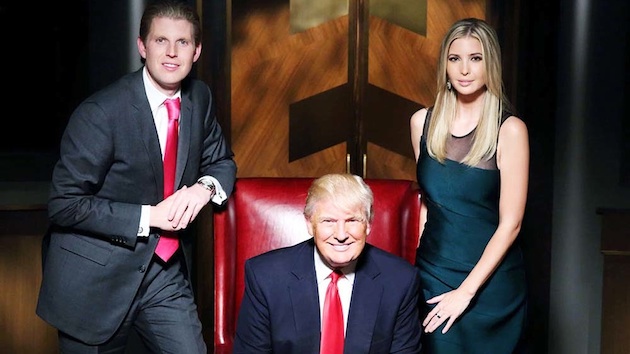 Donald Trump will announce Thursday that he will form a presidential exploratory committee to gauge running for the 2016 Republican nomination, PPD confirmed. Trump has decided not to renew his arrangement with NBC for the television reality series “The Celebrity Apprentice,” Corey Lewandowski, a senior aide told the New Hampshire Union Leader.

Producer Mark Burnett had telephoned Trump to ask that he take on another season, but Trump declined.

“Nobody in the history of television has turned down a renewal. But Mr. Trump can do that,” Lewandowski, who began in February as his senior political adviser, told the Union Leader.

His announcement on Thursday in New Hampshire is expected to underscore his vision, professional effectiveness and success, leadership and reputation as a problem solver, and to denounce politicians who are “all talk and no action,” according to the Union Leader.

A Trump presidential campaign would focus on both domestic and national security priorities, ranging from job creation to the revival of American manufacturing, as well as giving local control over education back to communities. Trump will also focus on securing the border, renewing infrastructure, strengthening the military, and standing up to China on the world stage.

Trump, 68, believes he is best positioned to “make America truly great again,” according to the Union Leader, and also in the best financial position to take on Republican establishment candidates like former Florida Gov. Jeb Bush.

The Bush family donor network is unrivaled by other potential hopefuls now that 2012 nominee Mitt Romney decided against a third run, but Trump believes “the last thing this country needs is another Bush,” as he put it last month.

As PPD previously reported during CPAC 2015, Trump has flirted with running for president before, though an aide told the Union Leader that this time he is more resolute. In fact, perhaps in an effort to reenforce his seriousness about a White House bid, Trump retweeted the story to his nearly 3,000,000 followers on Twitter.

Via @PPDNews: "Donald Trump: ‘I Am Not Doing This For Fun,’ We Can’t Fix U.S. ‘Unless We Put Right Person’ In WH"http://t.co/jgA6OnysAl

READ ALSO — Donald Trump: ‘I Am Not Doing This For Fun,’ We Can’t Fix U.S. ‘Unless We Put Right Person’ In WH

In addition to Lewandowski, a New Hampshire resident and former director of voter registration at Americans for Prosperity, Trump has hired staff to operate in key Republican primary states like Iowa and South Carolina. He also has political advisers based in New York.

While in New Hampshire on Thursday, Trump will meet with veterans and members of the business community. He is set to talk to the media before an early evening gathering at the home of Republican state Rep. Steve Stepanek.

Trump is also scheduled to address the New Hampshire Republican Party’s “First in the Nation” leadership summit on April 17-18 in Nashua, the Union Leader reported.