HomeNewsPoliticsReport: Bill Clinton Was Fully Aware Of Rwandan Genocide, And Did Nothing

Report: Bill Clinton Was Fully Aware Of Rwandan Genocide, And Did Nothing 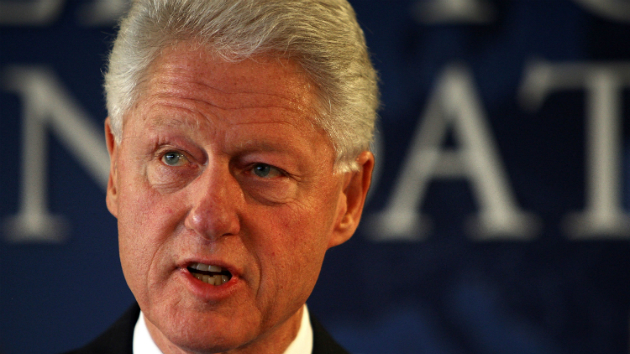 A report based on newly obtained documents shows President Bill Clinton misled media journalists and the American people over the Rwandan Genocide.

The mass slaughter of Tutsi and moderate Hutu in Rwanda by members of the Hutu majority took place during the roughly 100-day period from April 7, 1994 to mid-July and claimed 500,000 – 1,000,000 lives. In the face of criticism from the right and left; at home and abroad; during and after, President Clinton has long claimed he was not fully aware of the horrific massacre.

“It may seem strange to you here, especially the many of you who lost members of your family,” Clinton said on March 25, 1998. “But all over the world there were people like me sitting in offices, day after day after day, who did not fully appreciate the depth and speed with which you were being engulfed by this unimaginable terror.”

But according to a review panel’s newly released transcript and declassified State Department documents obtained by Colum Lynch of Foreign Policy from the Holocaust Memorial Museum, the administration had been warned of the planned genocide more than a year prior.

“I must rebut rapidly. President Clinton did not want to know,” Lt. Gen. Roméo Dallaire, the U.N.’s Canadian force commander said. “I hold Clinton accountable. He can excuse himself as much as he wants to the Rwandans, but he established a policy that he did not want to know.”

Then-Deputy Chief of Mission in Kigali Joyce Leader sent Washington a cable warning that Hutu extremists with links to Rwanda’s ruling party were advocating the extermination of ethnic Tutsis. The Clinton administration scapegoated what they depicted as a broken down bureaucracy that failed, a claim still repeated by officials.

“I never knew about the genocide fax. I am not sure my colleagues in the African affairs bureau knew about it,” Shattuck claims. “Had this fax become more widely known in the U.S. government, it would have provided ammunition for those who were trying to resist.”

But the documents obtained by Foreign Policy aren’t the only ones to have surfaced that lend credence to the claims of the administration’s detractors, who say Clinton was more concerned with his political future than stopping a genocide he was fully aware of.

Classified intelligence reports obtained using the Freedom of Information Act in 2004 reveal the Clinton administration knew of the “final solution to eliminate all Tutsis” that resulted in the genocide in Rwanda as soon as April 1994. However, the Clinton White House buried the information to justify its inaction, and the information indicates the president had been told before the slaughter reached its peak.

The intel documents reveal the CIA’s classified national intelligence briefing was circulated to President Clinton, Vice President Al Gore, and hundreds of other senior officials daily. The secret briefing included near daily reports on Rwanda. One report, which is dated April 23, said rebels would continue fighting to “stop the genocide, which is spreading south.”

Yet, then-Secretary of State Warren Christopher did not authorize department officials to use the term “genocide” until May 21, and it was another three weeks before they began even using the term in response to media and public inquiries. When they did, they repeatedly downplayed the extent by claiming developments were simply “acts of genocide,” rather than a genocide in and of itself.

“Our lack of response in Rwanda was a fear of getting involved in something like a Somalia all over again,” said former deputy special envoy to Somalia Walter Clarke. On Oct. 3, 1993, 18 U.S. soldiers died in a blown raid in Mogadishu, which painted the Clinton administration as incompetent on foreign policy and weak on military matters, causing dissension in the ranks. The embarrassing failure soured the Pentagon’s attitude toward U.N. peacekeeping under the current president.

So, President Clinton and his cabinet allegedly decided to whitewash the genocide, including the word itself, and block the public’s access to any evidence of the mass slaughter.

“They feared this word would generate public opinion which would demand some sort of action and they didn’t want to act,” Alison des Forges, a Human Rights Watch researcher and authority on the genocide said in 2004. “It was a very pragmatic determination.”

William Ferroggiaro, of the National Security Archive, has been pushing back on the administration’s claim the system broke down for decades.

“Diplomats, intelligence agencies, defense and military officials – even aid workers – provided timely information up the chain,” he said. “That the Clinton administration decided against intervention at any level was not for lack of knowledge of what was happening in Rwanda.”

The latest revelations surface just as the former president’s wife, Hillary Clinton, the former first lady and secretary of state, is gearing up to run for president in 2016, herself. The details reenforce long-made criticisms of the Clintons, which hold the political couple has a pattern of misleading the American people and the press for political gain.

Secretary Clinton is struggling to deal with her own political firestorm over the deletion of emails held on a private server that was used to conduct all State Department business. The House Select Committee on Benghazi had requested the emails after others surfaced as a result of a FOIA lawsuit showing that her top aides knew the attack had nothing to do with an Internet video, which she had blamed in the hours, days and weeks following the attack in Libya that killed 4 Americans, including Ambassador Chris Stevens.

“If anything, this is a case where our experiences in Somalia did NOT prevent us from doing the right thing,” the memo reads, which Clinton regurgitated. “Once it became clear that genocide was taking place in Rwanda, this country led the way in getting the UN to act.”

However, in March 2013, while speaking about Rwanda to CNBC, Clinton said he believed that if the U.S. intervened at the beginning of the genocide at least 300,000 people might have been saved.