HomeNewsPoliticsGlenn Beck Rips CAIR: ‘What Cartoon Did Christians You Beheaded On Beach Draw?’

Glenn Beck Rips CAIR: ‘What Cartoon Did Christians You Beheaded On Beach Draw?’ 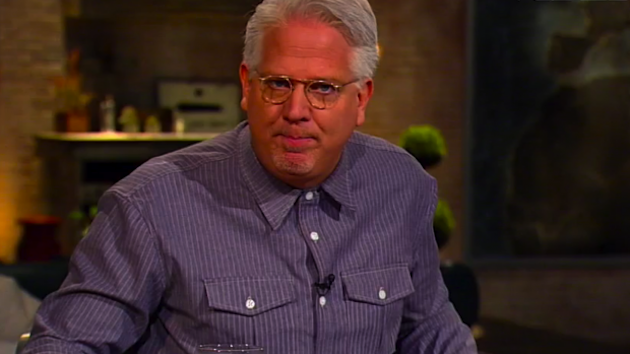 Glenn Beck speaks on his television program on May 6, 2015. (Photo: TheBlaze TV)

Glenn Beck ripped CAIR (Council on American-Islamic Relations), CNN and Comedy Central host Larry Wilmore Wednesday over their gross misinterpretation of free speech regarding the failed terrorist attack in Garland, Texas. Alia Salem, a spokesman for CAIR, said Americans need to have a discussion about when free speech becomes hate speech, and when hate speech becomes “an incitement to violence.” The organization released a statement claiming their was a difference between “free speech and irresponsible speech.”

“If Christian activists were blowing ‘piss Christ‘ art shows up and chopping off the heads of anyone who mocked Jesus … how would you feel if the Christian community responded saying, ‘Wait a minute — how about all those mean things they’re saying about Jesus?’ It’s insulting!” Beck said heatedly. “You should be the first in line to condemn the crazy animals running around slaughtering people in your name! You should be the loudest voice saying, ‘That’s not who we are!’”

“Hey CAIR, what cartoon did the Christians you beheaded on the beach draw? What hateful words did the gays that were tossed off buildings and stoned to death say?” Beck asked. Are they responsible for their own demise because they were irresponsible with their speech, too?”

It wasn’t immediately clear whether Beck was referring to the Egyptian coptic Christians that were beheaded on a beach in the now-ISIS-riddled nation of Libya, where President Obama and then-Sec. of State Hillary Clinton helped to topple Muammar Muhammad Abu Minyar al-Gaddafi, or the more recent execution of Ethiopian Christians on a beach. Regardless, neither of the two executions were definitely denounced by the so-called moderate Islamic organization founded by radical Islamists, which has known ties to terror groups.

“It is insane that we’re having this conversation,” Beck said. “Terrorist attacks on cartoon contests means we have a terrorist problem, not a cartoonist problem.”

Pamela Geller Is Not The Real Problem