HomeNewsPoliticsCivil Rights Division Probing Baltimore Police, But What About Their ‘Grotesque’ Misconduct?

Civil Rights Division Probing Baltimore Police, But What About Their ‘Grotesque’ Misconduct? 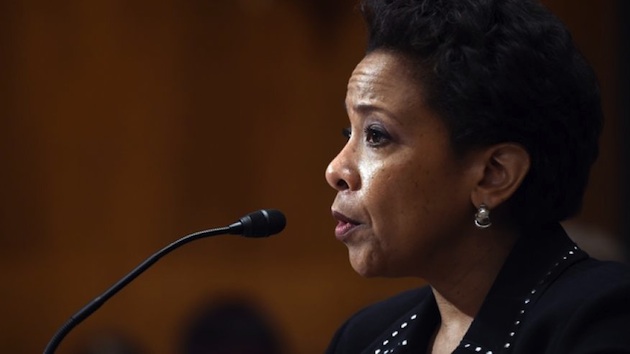 Attorney General Loretta Lynch testifies on Capitol Hill in Washington on May 7, 2015. (AP)

“This investigation will begin immediately and will focus on allegations that Baltimore Police Department officers used excessive force including deadly force, conduct unlawful searches, seizures, and arrests, and engage in discriminatory policing,” Lynch said. “It was profound sadness for the loss of life, for the erosion of trust, for the sadness and despair that the community was feeling, for the frustration that I know the police officers were feeling also.”

Lynch was sworn in last week as the successor to Eric Holder, whose 6-year controversial tenure as attorney general was plagued by race tensions and scandal. But critics say the Civil Rights Division at the Department of Justice is in no position to investigate any local law enforcement agency, given their track record in recent years.

“Unfortunately, over the last few years, the Civil Rights Division at the Justice Department has seen instances of embezzlement, employee abuse, harassment, theft, and perjury. Little to nothing has been done by Division management in response,” former DOJ lawyer J. Christian Adams said in sworn testimony to the House Judiciary Committee. “In some cases, Division management has defended, promoted or given awards to the wrongdoers. The Division has implemented hiring practices which, according to the Justice Department Inspector General, have created the perception of an ideologically lopsided workforce. Division management has rejected the recommendations of the Inspector General and resisted making changes to ensure non-ideological hiring at the Division.”

Adams points to cases of blatant ideologically-driven harassment of conservative and even less uber-liberal employees, as well as an employee litmus test implemented by the Civil Rights Division for hiring those responsible for conducting investigations into local police departments. Under Holder, Mr. Adams contends, the Civil Rights Division at the Justice Department developed a culture of corruption that is unlikely to change under an attorney general that Vice President Joe Biden said was “cut from the exact same cloth” as Holder.

Immediately after taking over at the Justice Department, Holder drew harsh criticism for dropping the voter intimidation case against New Black Panther Party leaders who were caught on tape wielding a billy club and hurling racial slurs at elderly white people as they attempted to enter a polling station in Philadelphia. The Bush administration opened the case and began to move forward with the prosecution, but despite threats about killing white babies and hurls of “cracker,” Holder decided the case didn’t warrant prosecution.

The list goes on and on, but it was the “grotesque” misconduct on behalf of the DOJ team, according to a federal judge, which resulted in the overturning of convictions involving five New Orleans Police Department officers that critics say is perhaps most relevant.

That case wasn’t a one-off instance. Lying and pursuing faux civil rights cases, such as the cases in Ferguson and Staten Island, have become known tactics in a DOJ scheme that aims to exert federal control over local police forces. While this practice clearly began under Eric Holder, Attorney General Lynch supports this tactic; one she, Holder, President Obama, State Attorney General Marilyn Mosby and Mayor Stephanie Rawlings-Blake, all know is not supported by law or reality.

“The law of civil rights requires the government to prove beyond a reasonable doubt that the defendant, usually driven by racial prejudice, willfully acted — violently in these cases — with the evil purpose to deprive a person of specific federal rights,” Andrew McCarthy recently explained. “Holder and his constitutional-scholar boss are not banging the civil-rights drum because they believe these are prosecutable cases. It is just a pretext for unleashing Justice Department community organizers on state and municipal police departments.”

As McCarthy noted, these investigations conducted by the Civil Rights Division under Holder and Lynch are about big government control of local governments via the Violent Crime Control and Law Enforcement Act. It states “any government authority” that “engage[s] in a pattern or practice of conduct by law enforcement officers . . . that deprives persons of [federal] rights, privileges, or immunities” is subject to federal takeover-by-oversight. It grants the attorney general the means to “obtain appropriate equitable and declaratory relief to eliminate the [offensive] pattern or practice.”

As far as result, it doesn’t matter and never mattered if these cases were legitimate civil rights cases, or not. In both the cases of Ferguson and Staten Island, the Civil Rights Division involvement in what turned out to be non-civil rights cases, gave the federal government an “in” they never would have been able to engineer in the absence. Sadly, neither community-police relationships nor crime and poverty conditions improved or show signs of improvement after the DOJ invokes the Violent Crime Control and Law Enforcement Act.

“Whatever has happened in America to cause these feelings of resentment, it’s not the failure of law enforcement,” said Jeff Roorda, business manager of the St. Louis Police Officers Association. “This is decades of racial disparity and economic disparity. It’s not a problem with the police.”

In Seattle, for instance, across-the-board violent crimes have increased, a lot. In New York City and Ferguson, it’s the same story.

A recent data set from the NYPD CompStat Unit reveals an across-the-board regression in policing and crime in the Big Apple since leftist Mayor Bill de Blasio and the Justice Department began to collaborate against the New York City Police Department. There was a shocking 35 percent increase in murders in the week following the grand jury decision not to indict Police Officer Daniel Pantaleo, a 29-year-old, eight-year veteran of the NYPD. Arrests are down significantly juxtaposed to 2014. Felony arrests are down 40 percent, drug arrests are down a whopping 83 percent and minor crimes arrests are down 93 percent.

So, now the Civil Rights Division will “immediately” begin their investigation into the Baltimore Police Department. But who will investigate them? What will the community look like when they are long gone after making promises they never intended nor ever believed they could keep?

Unfortunately, we have the data to answer all of these questions.

Hillary Was 'Adamantly Against Illegal Immigrants', Now Vows To 'Go Even Further' Than Obama