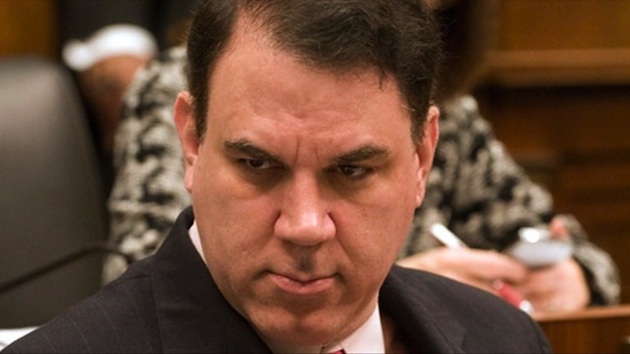 While the Bureaucrat Hall of Fame and Moocher Hall of Fame already exist, the Hypocrite Hall of Fame is just a concept. But once it gets set up, Congressman Alan Grayson of Florida will definitely be a charter member.

Here are some passages from a column in the Tampa Bay Times.

U.S. Rep. Alan Grayson, the outspoken, populist Democrat who thunders against Wall Street fat cats,and used to to joke about Mitt Romney’s low tax bill, incorporated a couple hedge funds in the Cayman Islands so investors could avoid taxes. Grayson Fund Ltd. and Grayson Master Fund were incorporated in 2011 in the Cayman Islands… That was the same year he wrote in the Huffington Post that the IRS should audit every Fortune 500 company because so many appear to be “evading taxes through transfer pricing and offshore tax havens.”

But apparently Grayson only wants other people to cough up more money to Washington.

Grayson’s financial disclosure statements indicate he has between $5-million and $25-million invested in the Grayson fund, and he lists no income from it.

The above sentence frankly doesn’t make sense. How can Grayson have millions of dollars of personal wealth and not generate any income?

The only plausible answer is that he’s just as bad at managing his own money as he is at managing the money of taxpayers (he “earned” an F from the National Taxpayers Union).

In any event, Grayson has plenty of company from fellow leftists who also use tax havens.

And the President’s top trade negotiator.

Along with big donors to Obama.

Joined by huge donors to Democrats.

Politicians from Massachusetts also are hypocrites. They endorse higher taxes on everyone else, but use neighboring states to protect themselves from oppressive taxation. John Kerry is a prime example, as are run-of-the-mill hacks from the state legislature.

The on-air “talent” at MSNBC also has trouble obeying tax laws. At least Bill and Hillary Clinton have figured out how to legally dodge taxes while endorsing higher burdens for the rest of us.

Though I must admit that the really smart pro-tax statists simply choose to work at places where they’re exempt from taxation. Hey, nice “work” if you can get it.

P.S. Nothing written here should be construed as criticism of tax havens, which are very admirable places.

I’m just irked when I discover that greedy pro-tax politicians are protecting their own money while pillaging our money.

P.P.S. By the way, it’s worth noting that the Cayman Islands is basically a conduit for investment in America’s economy.

Here’s a chart, prepared by the Treasury Department, showing that “Caribbean Banking Centers” are the biggest source of investment for America’s financial markets.

And the reason why the Cayman Islands are a platform for investment to the United States is that America is a tax haven for foreigners, assuming they follow certain rules.

P.P.P.S. Since today’s topic deals with international taxation, here’s an update on “FATCA,” which arguably is the worst provision in the entire tax code.

Here are some passages from a recent column in the New York Times.

…recent efforts by the United States Congress to capture tax revenues on unreported revenues and assets held in foreign accounts are having disastrous effects on a growing number of Americans living abroad. The Foreign Account Tax Compliance Act, or Fatca, signed into law in March 2010 but only now coming into full effect, has been a bipartisan lesson in the law of unintended consequences. Pressure is growing to halt its pernicious impact.

I agree the law is a disaster and that pressure is growing to ameliorate its negative effects, but we need more lawmakers like Rand Paul if we want to translate unhappiness into action.

Here are further details from the column.

The bureaucratic burden of identifying, verifying and reporting has caused many banks to regard American clients, particularly those of moderate means, as more trouble than they are worth. Middle-class Americans living abroad are losing bank accounts and home mortgages and, in some cases, having their retirement savings exposed to debilitating taxes and penalties. …Those impacted are left with the choice of uprooting their families (including foreign spouses and children), careers and businesses to re-establish a life in the United States; or to make the painful decision to renounce their citizenship.

No wonder so many Americans are put in a position where they have to give up their passports and become foreigners.

But here’s the really frightening part.

Worse yet, the law has spawned a potentially more intrusive program known as the Global Account Tax Compliance Act, or Gatca. The proposal, developed by the Organization for Economic Cooperation and Development, calls for data from accounts opened by a foreign national to be automatically reported to that person’s homeland tax authorities. While Gatca is in an early stage of negotiation and implementation, observers believe that as many as 65 countries will ultimately be involved. Fatca, and by extension Gatca, are forming more links in the chain of global government snooping into the lives of innocent individuals under the guise of identifying criminals and tax cheats. For Americans, it is a massive breach of the Fourth Amendment, which forbids unreasonable search and seizure. The repeal of Fatca is the only way to end this dangerous and growing government overreach.

I’ve been warning about this awful outcome for almost four years, so it’s good to see more people are recognizing the danger.

And if you want more details, Richard Rahn and David Burton have explained why these awful policies will lead to bigger government and more statism.

P.P.P.P.S. I’m sure nobody will be surprised to learns that Obama has played a destructive role in these debates.

After all, tax havens and tax competition inhibit government growth and Obama wants the opposite outcome.