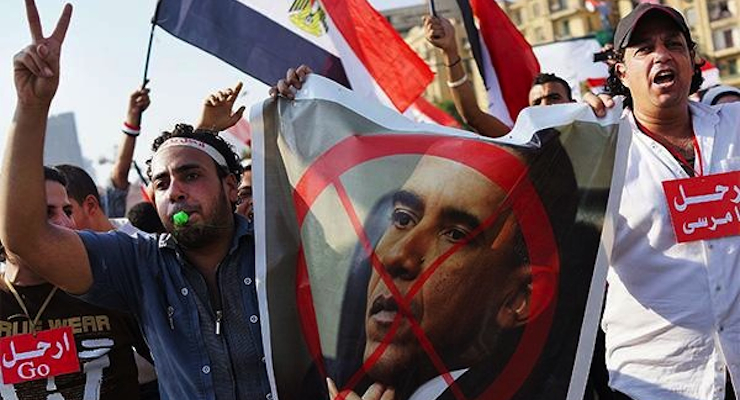 (Author’s Note: This is the first of several installments to come on this issue.)

Since we were attacked on 9/11 by al Qaeda and have learned how the Muslim Brotherhood assisted in the planning and preparations, you would think that would mean that the U.S. federal government would not be offering them monetary handouts. But that is sadly not true.

In 2004, the United States served a search Warrant on Ismail Elbrasse, a leader of the Muslim Brotherhood in North America at the time. Through that search of Elbrasse’s hidden sub-basement the Explanatory Memorandum was discovered. It revealed a sinister war of infiltration and subversion against both Canada and the United States of America. Below is just one paragraph from the missive written as early as 1991.

4- Understanding the role of the Muslim Brotherhood in North America:

The process of settlement is a “Civilization-Jihadist Process” with all the word means. The Ikhwan must understand that their work in America is a kind of grand Jihad in eliminating and destroying the Western civilization from within and “sabotaging” its miserable house by their hands and the hands of the believers so that it is eliminated and God’s religion is made victorious over all other religions. Without this level of understanding, we are not up to this challenge and have not prepared ourselves for Jihad yet. It is a Muslim’s destiny to perform Jihad and work wherever he is and wherever he lands until the final hour comes, and there is no escape from that destiny except for those who choose to slack.

Federal Emergency Management Agency (FEMA) awarded the Council on American Islamic Relations (CAIR) $70,324 to provide “Critical infrastructure and key resources protection” this past April 28th. It is important to note that CAIR is the former Islamic Association of Palestine and was listed as an Unindicted Co-conspirator in the largest terror funding trial in American history (USA v. Holy Land Foundation for Relief and Development, 2007, 2008). HLF was found guilty of funding Hamas and money laundering. Federal agencies such as the FBI have been forbidden from interacting with CAIR since 2008! But for some reason this year, they are trusted by the federal government to provide critical infrastructure and key resources protection. A true example of the Fox guarding the Hen House!

Federal funding of this mosque was first exposed by Steve Emerson of the Investigative Project on Terrorism (IPT) in 2010. Emerson rightly brought concern that the incredible laxness or overt funding of Dar Al Hijrah Islamic Center that had previously and continually proven to be one of the favorite stomping grounds of the Muslim Brotherhood and Al Qaeda. Anwar Awlaki, was a former “spiritual advisor” to two of the 9/11 terrorists according to the 9/11 Commission at the Falls Church Mosque!

Mister Awlaki … supports al Qaeda’s agenda of murder and violence. In fact, in recent videotapes, he’s said he’s a member of al Qaeda in the Arabian Peninsula, who has an agenda just like al Qaeda to strike targets in Yemen, throughout the world, including here in the United States…. the President, yesterday [said] to graduates at the U.S. Military Academy at West Point that members of al Qaeda are small men who will be on the wrong side of history. Those cadets, many of them will go to Afghanistan to pursue our battles there, to keep our country safe. And the President will continue to take action directly at terrorists like Awlaki, and keep our country safe from their murderous thugs.

The date above was placed in bold in this quote to indicate that though Press Secretary Gibbs indicated that Amlaki was a terrorist in his May 2010 interview, the US government had been making two payments of $23,281.08, every three months. This means the US government was making a quarterly $46,562.16 payment to the Dar Al Hijrah Islamic Center since October 1, 2008. This places approval for the contract under President George W. Bush’s administration. This contract was voided only because of the good work of the Investigative Project on Terrorism which exposed how the government was paying for a US Census Bureau office in the Falls Church Mosque. According to USA Spending.gov the last payment to this Islamist supporting mosque was on October 1, 2010. They received a total of $628,589 over a two year period.

Steven Coughlin’s book, Catastrophic Failure: Blindfolding America in the Face of Jihad (2015) records several observations by the FBI of Anwar Awlaki’s connection to the Muslim Brotherhood. In one case he notes:

As late as 2006, FBI witness statements noted Awlaki’s Muslim Brotherhood status, going so far as to note that a witness had broke contact with Awlaki when learning of his Brotherhood connections.[1]

Please do read IPT’s extensive review of those charged with terrorism and what has been taught at the Dar Al Hijrah Islamic Center to see further evidence as to why any contract with this organization should NEVER have happened.

Due to the numerous awards this organization has received its federal identification number (DUNS) is given instead of a contract or Grant number.

According to federal court documents, NAIT was listed seventh as a member organization on the Explanatory Memorandum quoted above, and was listed as an Unindicted Coconspirator in the USA v. Holy Land Foundation for Relief and Development, 2007, 2008 trial on terrorist funding of Hamas.

NAIT acts like a banking institution to establish mosques, aka Islamic Cultural Centers. It is registered as a Non-Profit with the Federal government. FOX News revealed on February 1, 2014:

Records show that since 1998, the North American Islamic Trust has received over $10,000 across 34 separate taxpayer-funded programs. NAIT’s two relatively small land plots are tax-zoned as “agricultural” — but they aren’t developed.

The group has been able to obtain farm subsidies legally without producing any crops because it is a nonprofit “charity group” landowner — so it received subsidies on top of being tax-exempt.

This means that funds to the Muslim Brotherhood entity known as NAIT, began under the Clinton administration. The Fox News report also had stated that the payments to NAIT had been stopped in 2008:

During the trial, the group’s farm subsidies stopped, only to be reinstated after a federal judge cleared them.

However, the group was not removed from the Unindicted Co-Conspirator list as the Fox news report appears to state! Which brings into question why payments were allowed to continue!

This mosque provides chaplain services to area prisons. It is a well known fact that Islamists recruit inside American prisons. Trusting an organization to provide chaplain services that is owned by an FBI identified representative of the Muslim Brotherhood (See USA v. HLF transcript), is an example of a lack of knowledge of who has declared war on the United States and Canada.

This research into the federal funding of the many Muslim Brotherhood and other Islamist front groups is hardly extensive. It only scratches the surface of the federal government’s willing refusal to acknowledge those who threaten to harm us, the citizens of the United States and our representative government.

Establishment Must Quit Obsessing Over Trump