HomeNewsPoliticsSedition in London: Kerry Tells Abbas Confidant Trump Is Going to Be Removed 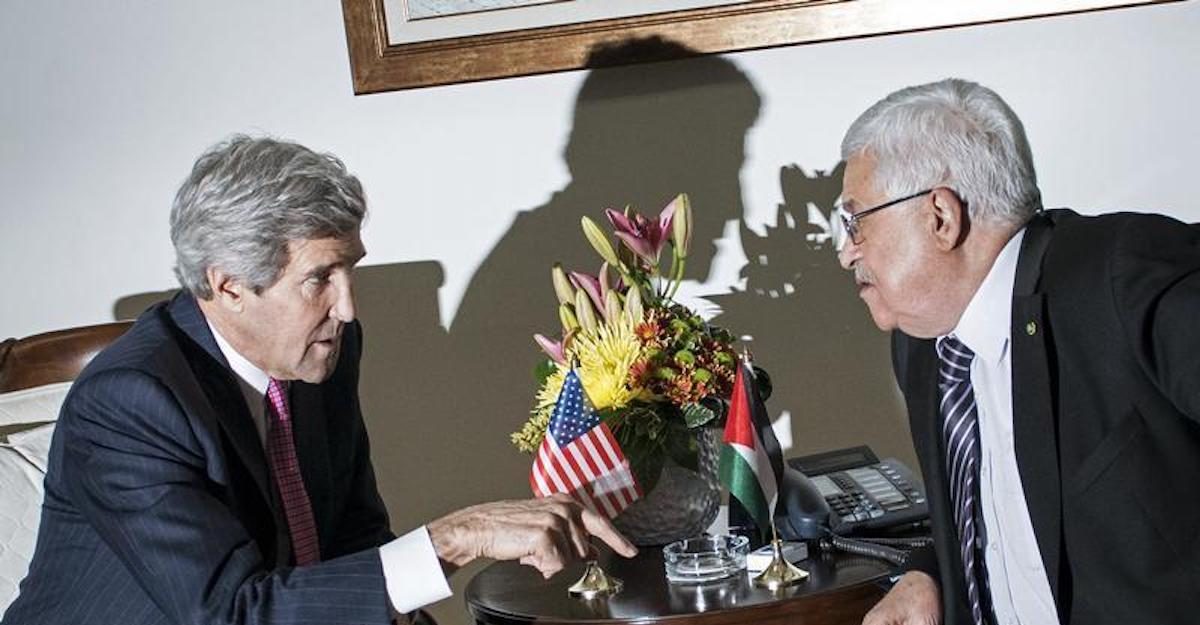 Former Secretary of State Told Abbas to ‘Play for Time,’ to ‘Not Yield to Trump’s Demands’ Because He Won’t Be in Office For Long 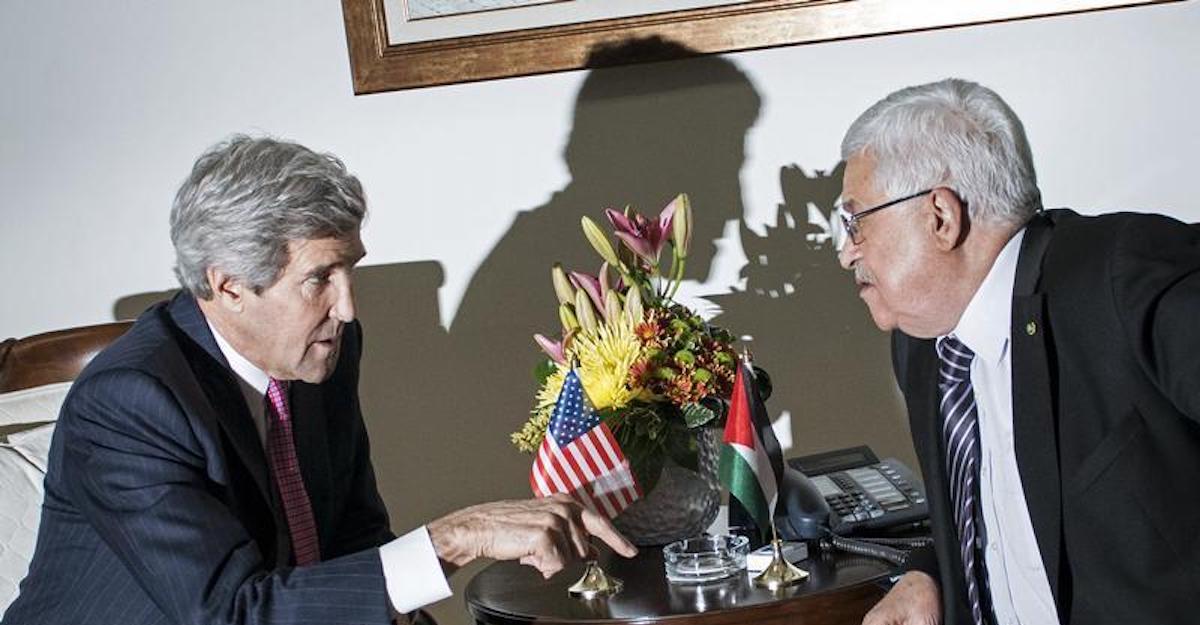 John Kerry recently met in London with Hussein Agha, a close associate of Palestinian Authority President Mahmoud Abbas, and told him President Donald Trump would be removed from office within a year.

The meeting, which could rise to the level of sedition, came as Vice President Mike Pence was visiting the Middle East.

Ma’ariv reported that Mr. Kerry asked Mr. Agha to convey a message to Mr. Abbas. He told him that Mr. Abbas should “play for time” and “not yield to President Trump’s demands” because there’s a good chance he wouldn’t be president for much longer.

Worth noting, Mr. Abbas refused to meet with Vice President Pence during the trip, citing the “Jerusalem Declaration.”

In December, President Trump made the “historic decision” to recognize Jerusalem as the capital of Israel. In the announcement, he said the move was “long overdue” and “the right thing to do,” adding that Israel “like every other sovereign nation has the right to determine its capital.”

The decision not only fulfilled a major campaign promise but also a 22-year old national promise to the key ally in the region.

In 1995, Congress passed The Jerusalem Embassy and Relocation Act, which recognizes Jerusalem as the capital of Israel and called for moving the U.S. Embassy from Tel Aviv to Jerusalem. Waivers are permitted by presidents in the event national security is a concern, which President Trump signed in June.

Vice President Pence told the Knesset the U.S. Embassy will be moved from Tel Aviv to Jerusalem by the end of 2019, ahead of schedule. His remarks, which received a standing ovation, came during the first ever address by a sitting U.S. vice president to the Israeli parliament.

The Palestinians said it was no longer acceptable for the U.S. to be the mediator in the Middle East peace process. Mr. Abbas was elected under the flag of the political wing of the terrorist group Hamas, and is too often pushed away from a position of truly supporting a two-state solution.

Vice President Pence urged the Palestinians to return to the negotiation table and said the administration will support a two-state solution if both parties agree.

“Peace can only come through dialogue,” he said.

The Trump Administration has been much more pro-Israel than their predecessor. While Mr. Kerry and the Obama Administration had been working with the United Nations (UN) against or to punish our key ally in the region, the Trump White House has done just the opposite.

In October, President Trump announced he had withdrawn the U.S. from UNESCO, citing badly-needed reforms and a continued anti-Israel bias. The United Nations Educational, Scientific and Cultural Organization (UNESCO) has long been under fire for exposed corruption and bias that continues to go unaddressed.

Mr. Kerry, who in 2004 ran against then-incumbent President George W. Bush, reportedly shocked Mr. Agha when he indicated he was thinking about running for president again in 2020.

“Maybe it is time for the Palestinians to define their peace principles and present a positive plan,” Mr. Kerry suggested to Mr. Agha.

According to the Jerusalem Post, he “promised to use all his contacts and all his abilities to get support for such a plan” and asked that Mr. Abbas not directly attack the U.S., but instead to “concentrate on personal attacks on Trump himself.”

He told Mr. Agha that the U.S. intelligence community and political establishment class in D.C. were very dissatisfied with President Trump in the White House.

The meeting in London isn’t the first in which former Obama Administration officials, including the former president himself, traveled overseas to undermine the current duly-elected president. But this meeting comes as text messages from corrupt officials tied to both the Russia and Clinton email investigations reveal the former was an “insurance policy” to impeach President Trump and the latter was a sham.

Peter Strzok, the former deputy director of the FBI counterintelligence division, told his lover Lisa Page that there was nothing to the Trump-Russia collusion investigation. In his texts, he flatly reveals that the investigation was to be used to find some excuse to impeach the duly-elected president because they couldn’t stop his election.

As Tsarizm.com noted, the Merriam-Webster dictionary defines the meaning of the word sedition as follows: incitement of resistance to or insurrection against lawful authority. The definition of treason is as follows: the betrayal of one’s own country by waging war against it or by consciously or purposely acting to aid its enemies.

What Really Happened During Trump-Schumer Meeting on Immigration