What Really Happened During Trump-Schumer Meeting on Immigration 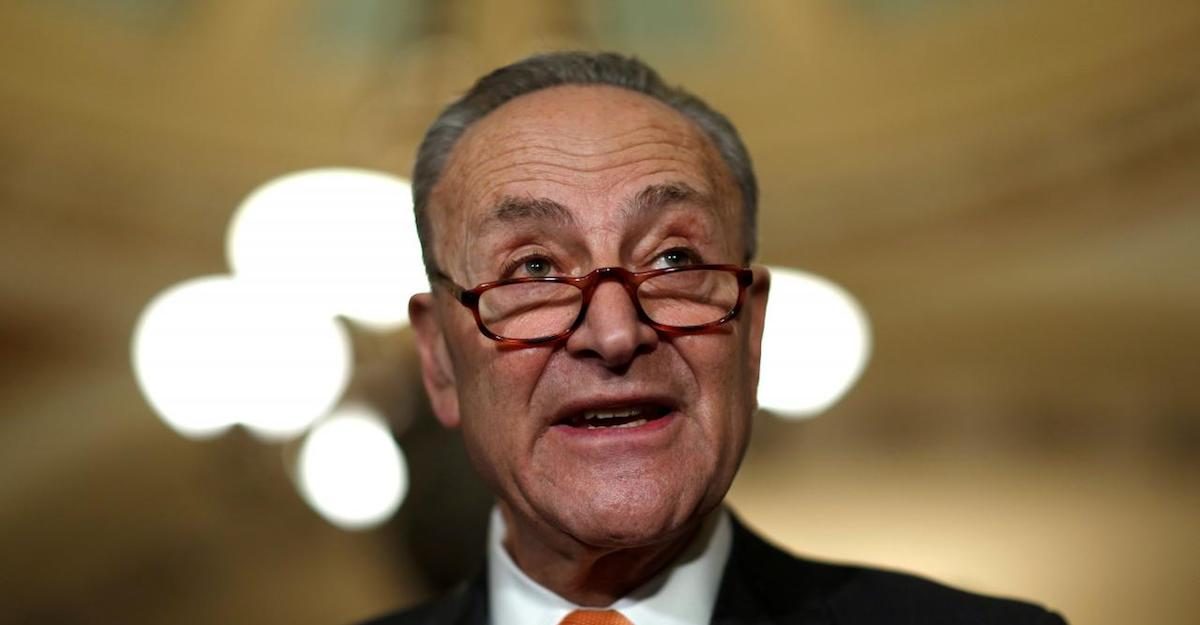 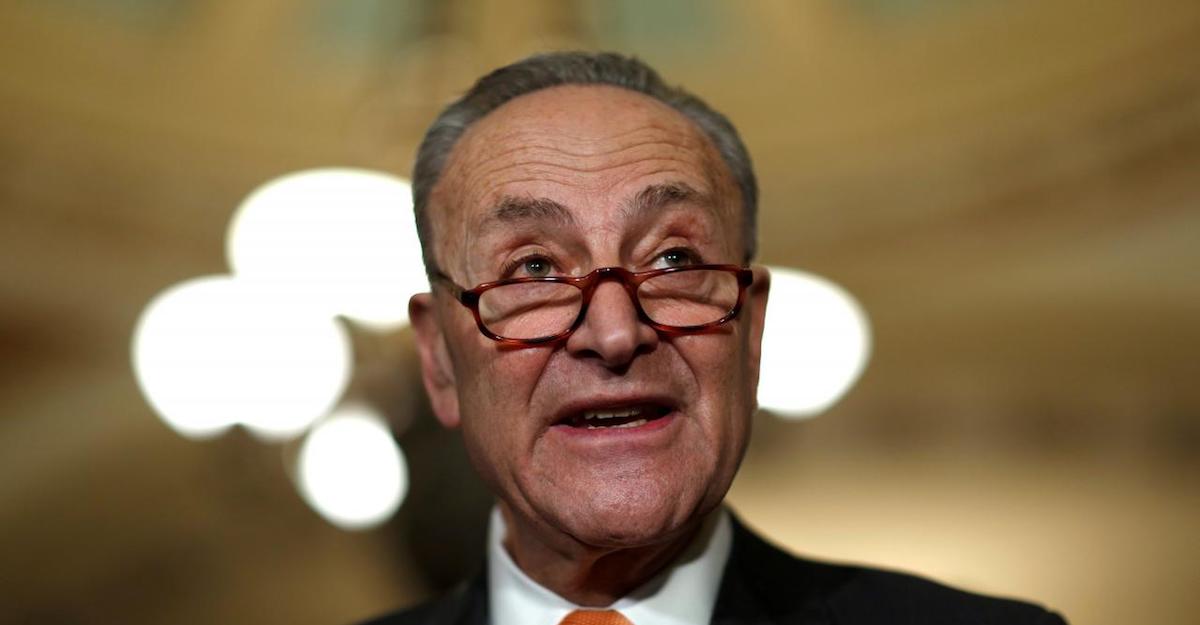 On Monday, Democrats in the U.S. Senate caved after shutting down the government in an effort to legalize between 700,000 to 5 million illegal immigrants currently in the United States under the Deferred Action for Childhood Arrivals (DACA) program.

Minority Leader Chuck Schumer, D-N.Y., had attempted to paint the stalemate as the Trump Shutdown, but it didn’t work. After days of the #SchumerShutdown hashtag trending on social media, Red State Democrats in states the president won overwhelmingly bailed on their party, and only 18 Democrats voted “No” to break the filibuster and reopen the government.

During the shutdown showdown, Minority Leader Schumer said on the floor of the U.S. Senate that after a White House meeting Friday with President Trump, he believed “in my heart” that they could reach an agreement on DACA. The New York Democrat claimed he “reluctantly” offered concessions to President Trump on his immigration reform demands, including funding for the border wall.

He went on to claim President Trump “backed off at the first sign of pressure.”

But according to multiple sources with knowledge of what was said during that meeting, Senator Schumer was not telling the truth.

The two men never came to an agreement during the meeting at the White House. Mr. Schumer offered funding for “The Wall” on the southern border with Mexico, but refused to agree to end chain migration and the Diversity Immigrant Visa (DV) Program. For months, President Trump has publicly and privately stated that these are two deal-breakers for any immigration reform legislation passed in Congress and sent to his desk.

On Twitter in September, he said it “cannot be allowed,” indicating he would use his veto power.

Chain migration refers to the endless chains of foreign nationals who are allowed to immigrate to the U.S. because citizens and lawful permanent residents are allowed to sponsor their non-nuclear family members. Annual immigration has at least tripled since chain migration began in the mid-1960s, though some estimates are even higher.

In 2001, the U.S. admitted 1,064,318 immigrants, roughly 4 times greater than in the 1950s. As the Federation for American Immigration Reform (FAIR) notes, that’s enough people to populate or even create a major city the size of Chicago, Illinois.

It has led to millions being consigned to visa waiting lists and chain migration further incentivized illegal immigration, which has been exacerbated by programs like DACA.

It is also dangerous, and has led to the importation of Islamic terrorism.

The Department of Homeland Security (DHS) confirmed Akayed Ullah, 27, a Bangladeshi national living in Brooklyn — the suspect behind an attempted terror attack on the Port Authority in New York City — was in the U.S. due to chain migration.

In September, President Trump  called on the U.S. Congress to “immediately terminate” the Diversity Immigrant Visa (DV) Program. As PPD was first to report, Sayfullo Saipov, the 29-year-old Uzbekistan national who killed 8 and injured at least 11 others during a terror attack near the World Trade Center in November, came to the U.S. under the program in 2010.

Contrary to his version of events, multiple sources confirm Senator Schumer told the president during their meeting on Friday that he would not agree to ending either one of these programs. In response, President Trump told the minority leader in no uncertain terms that there would be no deal on DACA without those concessions.

A new Harvard-Harris Poll finds Americans overwhelmingly agree with President Trump on the two issues and roughly 8 in 10 want legal immigration levels to be reduced. When polling on the shutdown began to turn on Democrats, who now erased their double-digit generic ballot lead, the shutdown-for-DACA coalition crumbled.

A memo leaked roughly a week before the shutdown provides some insight into their position.

A week before the shutdown, a memo circulated and co-authored by former Clinton communications director Jennifer Palmieri, urged congressional Democrats not to support any funding measure to keep the government open unless they can attach a deal on DACA. It states that legalizing so-called “Dreamers” is a “critical component” of the party’s “future electoral success.”

The memo confirmed what most Republicans have argued for years — Democrats use illegal immigration as a voter registration invasion.

“In short, the next few weeks will tell us a lot about the Democratic Party and its long-term electoral prospects.”

By pushing for a deal on DACA without ending chain migration, Mr. Schumer was hoping to ensure future waves of “Dreamers” and amnesty-like deals to build a new electoral coalition.

Sessions: "We Will Leave No Stone Unturned" Looking Into Missing Text Messages