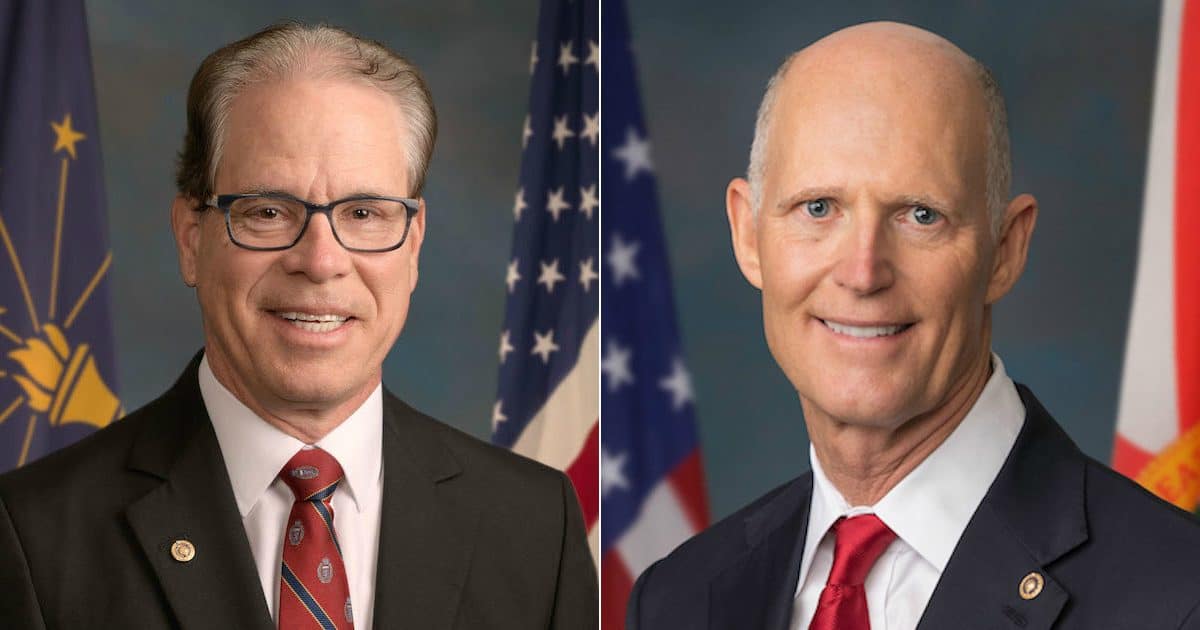 “Rather than serving the public, too many in Washington spend their political careers preparing for a lucrative job at a D.C. lobbying firm where they can cash in on their connections and their access,” Senator Scott said.

“Congress should never serve as a training ground for future lobbyists, and putting an end to the revolving door is a common sense way to make Washington work for families.”

The Banning Lobbying and Safeguarding Trust (BLAST) Act is a companion bill to legislation introduced in the U.S. House by Rep. Trey Hollingsworth, R-Ind., known as H.R.1145.

The two freshmen senators were both closely aligned with President Donald J. Trump during the 2018 campaign, and have teamed up to further the “drain the swamp” agenda.

TSP is the government equivalent to a 401(k).

Senate Braun has refused to accept his pension from the U.S. Senate. In the event rules force him to do so, he has pledged to donate “every penny to Hoosier charities.”

“One of the reasons I left the private sector for Washington was to help President Trump drain the swamp and we can accomplish this by permanently banning Congressmen and Senators from lobbying Capitol Hill,” Senator Braun said.

During the shutdown, they co-sponsored Senate Bill 39, also known as the No Budget, No Pay Act. It freezes pay for lawmakers in D.C. in the even the failure to pass a budget leads to a government shutdown.

“Together we can end the revolving door of career politicians coming to Washington, spending time in Congress, then enriching themselves from their service to the American people,” Senator Braun added.

Michael Cohen Privately Boasted About His Role "To Get" Donald Trump

Will the House Resolution "Rejecting Anti-Semitism" Be Enough for Ilhan Omar's Critics?