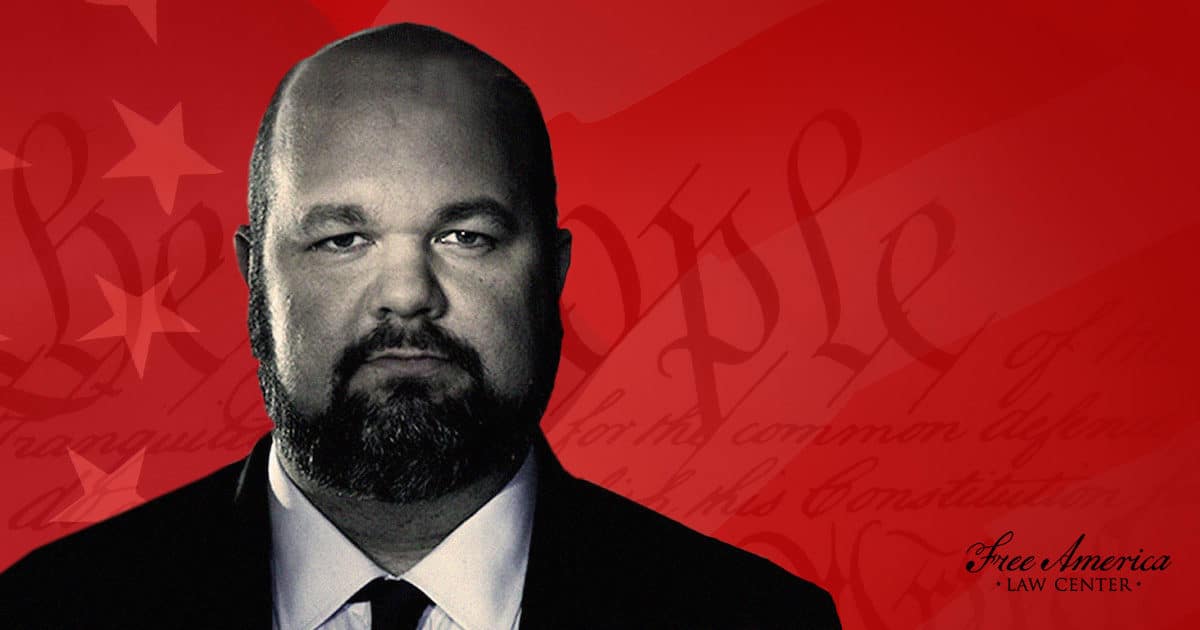 Constitutional Lawyer Robert Barnes: “Legal Remedy Should Not Be Limited to the Left”

The American Civil Liberties Union (ALCU) and the embattled Southern Poverty Law Center (SPLC) no longer have a monopoly on the defense of civil rights. Constitutional law attorney Robert Barnes announced on Friday the launch of the Free America Law Center (FALC), an organization founded to combat growing attacks on free speech.

“Legal remedy should not be limited to the left. We need free speech for a free America that does not privilege the powerful. That is what this suit, and the Free America Law Center is all about.”

He said FALC will respond to increased defamation in the media, social media censorship and use the law to protect deep state whistleblowers. FALC “democratizes the law” by allowing members “to choose the legal battles our constitutional experts wage against suppression,” the site states.

One such battle continues over the media treatment of students from Covington Catholic High School who attended the March for Life in DC. The media led by The Washington Post falsely portrayed the kids as racists after an encounter with a Native American liberal activist at the Lincoln Memorial.

Mr. Wood is best known for representing Richard Jewell, the security guard falsely accused in the Centennial Olympic Park bombing in Atlanta in 1996. He took on other high-profile cases, including John and Patsy Ramsey, the parents of JonBenét Ramsey.

He sued The Washington Post on behalf of Sandmann for $250 million in February, alleging the newspaper engaged in “targeting and bullying” and modern “McCarthyism.”

In conversations with PPD at the time, Mr. Barnes criticized Mr. Wood’s legal strategy and handling of the case. He said federal courts would view it as “ambulance-chasing,” given the amount. Mr. Barnes also argued the case was filed in the “hardest venue,” referring to Mr. Wood’s decision to sue in federal court rather than state court.

In a long list of flaws Mr. Baries noted with the lawsuit, the “final flaw” was the substantive facts of the suit focused on almost everyone other than The Washington Post. It did not identify how opinion statements failed to disclose false facts, a bar necessary for libel law. Unlike Mr. Barnes, Mr. Wood procedurally failed to give The Post adequate notice before making a claim for punitive damages (that is now highly likely to be stricken from the suit.)

While certainly not the sum total of his disagreements, those criticisms became reality last week. Federal Judge William O. Bertelsman last Friday threw out the teen’s lawsuit against The Washington Post, as Mr. Barnes predicted.

“Few principles of law are as well-established as the rule that statements of opinion are not actionable in libel actions,” Judge Bertelsman wrote in the 36-page opinion.

Judge Bertelsman’s opinion will not serve as a deterrent against current and future action from Mr. Barnes and the Free America Law Center.

“Some might have thought after some legal setbacks in other cases brought by other lawyers, the Covington kids would go gently into that good night,” Mr. Barnes said in a statement. “But those who libeled these kids are not so lucky. The Covington kids chose to fight against the dying of the light, as Dylan Thomas the poet famously called for decades ago.”

“Instead, the Covington boys brought suit in state court in Kentucky.”

Mr. Barnes envisions FALC as a place for average Americans to turn in the face of free speech threats, and one supported by them as opposed to big money donors with ideologically-driven ends. Groups such as the ACLU and SPLC don’t appear concerned over political censorship if it targets those who don’t share their ideology.

“Legal remedy should not be limited to the left. We need free speech for a free America that does not privilege the powerful,” Mr. Barnes added. “That is what this suit, and the Free America Law Center is all about.”