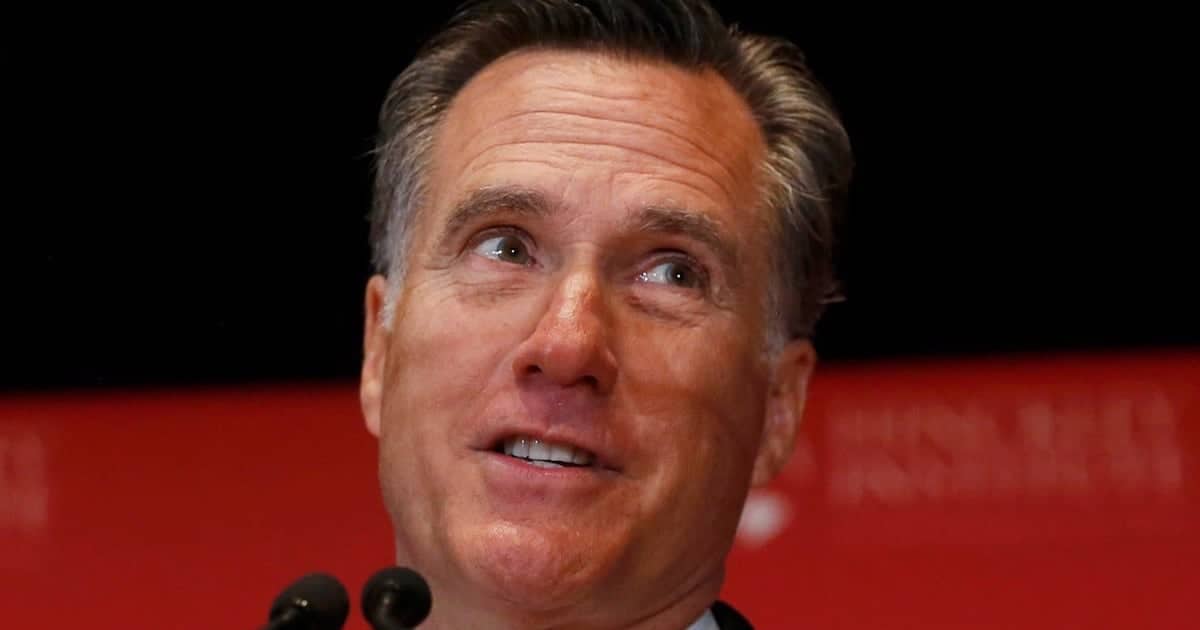 On the floor of the U.S. Senate, he rejected the idea that the fate of the president should be decided by voters in November. Worth noting, Gallup reported the president’s approval rating is now at the highest of his presidency, a majority oppose conviction and half say he deserves re-election.

“The grave question the Constitution tasks senators to answer is whether the president committed an act so extreme and egregious that it rises to the level of a ‘high crime and misdemeanor,’” said Romney. “Yes, he did.”

The freshman from the Beehive State will be the only Republican to break ranks. He will also be the first person ever to vote to convict a president of their own party.

Senator Romney has long feuded with President Trump, both on a political and professional level. He fought vehemently to stop the rise of the president during the 2016 Republican Presidential Nomination.

That effort started with a blistering speech meant to blunt the president’s momentum at the Hinckley Institute of Politics at the University of Utah in Salt Lake City, Utah, on March 3, 2016.

“Donald Trump is a phony, a fraud,” calling a promise from the president was “as worthless as a degree from Trump University.”

“He’s playing the members of the American public for suckers: He gets a free ride to the White House, and all we get is a lousy hat.”

The president fired back, noting that then-former Massachusetts Gov. Romney begged him for an endorsement after he lost the 2012 South Carolina Republican Primary to Newt Gingrich.

Nevertheless, the president has attempted to extend the olive branch on numerous occasions, to include interviewing him for a role as Secretary of State he ultimately gave to Rex Tillerson.

The failed 2012 nominee would later launch a bid to replace outgoing Senator Orrin Hatch, the longest-serving Republican senator in U.S. history, and a staunch supporter of the president.

The state party didn’t welcome the run, calling him a carpetbagger, which is a political candidate who seeks election in an area where they have no local connections. Romney ran for the U.S. Senate previously in liberal Massachusetts in 1994, losing to Democratic Senator Ted Kennedy 58.1% to 41.0%.

After Senator Romney lost the runoff vote at the state party’s convention in West Valley City, he returned to the president asking for support. President Trump endorsed him against Mike Kennedy, and he prevailed

He would later create an anonymous Twitter account under the username “Pierre Delecto” which he referred to as a lurker. But he used it to defend himself and to criticize the president.

“This is not the first time I have disagreed with Mitt, and I imagine it will not be the last,” she wrote on Twitter. “The bottom line is President Trump did nothing wrong, and the Republican Party is more united than ever behind him.”

“I, along with the @GOP, stand with President Trump.”