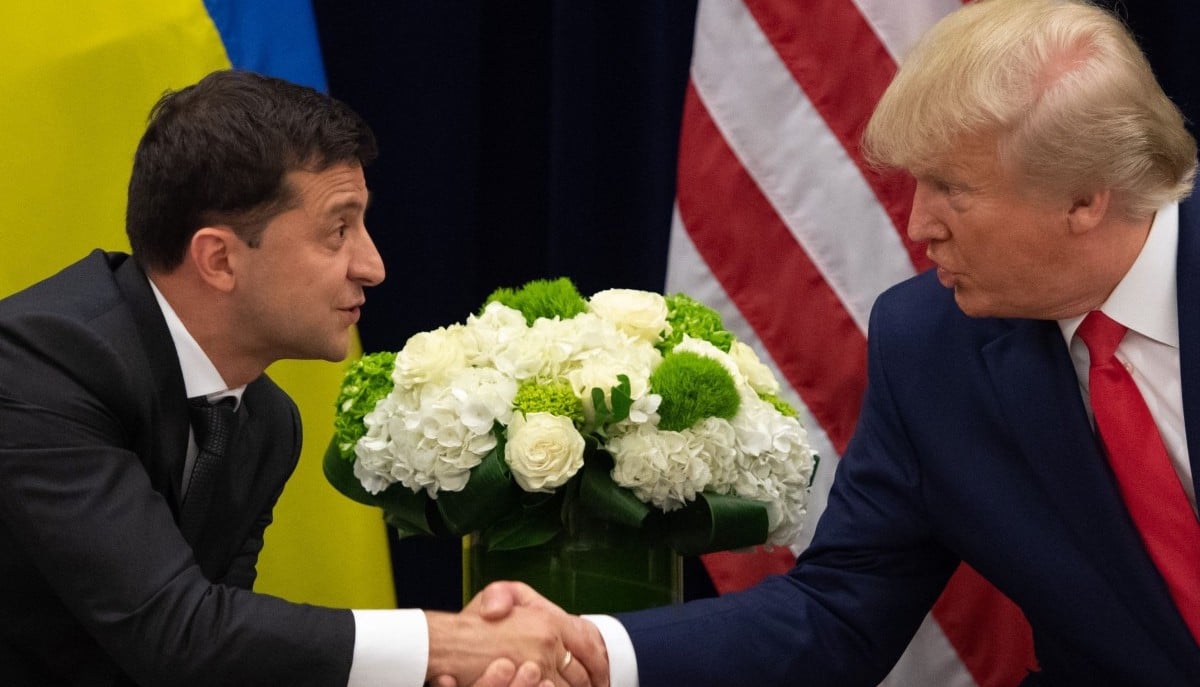 The U.S. Senate voted to acquit President Donald J. Trump on the articles of impeachment alleging abuse of power and obstruction of Congress.

Not a single Senate Democrat broke ranks with their party, while Senator Mitt Romney, R-Utah, broke ranks with Republicans to vote to convict on the article of impeachment alleging abuse of power.

Never has a Democratic Senator ever voted against their party in an impeachment trial.

While the effort to impeach the president began the day he took the oath of office—even before, according to public accounts—the effort in the U.S. House started 84 days ago.

An anonymous “whistleblower”—whom People’s Pundit Daily (PPD) investigated—filed a complaint alleging a quid pro quo. The complaint, which was clearly put together with legal help and congressional staffer consultation, contained hearsay and even demonstrably false claims.

It alleged the president threatened to withhold military aid from Ukraine unless President Volodymyr Zelenskiy investigated the Bidens.

Speaker Nancy Pelosi, D-Calif., announced that Democrats would open an “impeachment inquiry” in the U.S. House. The unprecedented unilateral action toward impeachment was taken before the transcript was even made available.

President Trump released the transcript of the phone call in question from from July 25, 2019. A reading showed no such quid pro quo and the issue of military aid was not mentioned.

Democrats quickly turned to questions of process, specifically the White House storing the transcripts from the call on a top-secret secure server.

As People’s Pundit Daily (PPD) reported, the changes became “standard procedure” after back-to-back leaks plagued the White House in early 2017. The administration took additional steps to protect against high level leaks after the partial contents of prior calls with the leaders of Mexico and Australia appeared in media reports.

The suspected “anonymous” whistleblower—a registered Democrat and member of the Central Intelligence Agency (CIA)—was thought to be responsible for a number of those leaks, including the one falsely alleging Vladimir Putin told him to fire James Comey.

He left the White House and returned to Langley under a cloud of suspicion.

Nevertheless, for the first time in U.S. history the speaker unilaterally directed the House to open the unprecedented inquiry. Speaker Pelosi also decided the effort would be spearheaded by Rep. Adam Schiff, the Chairman of the Intelligence Committee who falsely claimed to have evidence of “collusion” for nearly three years.

Impeachment proceedings have always been conducted in the Judiciary Committee, something a federal court had just ruled on. But Chairman Nadler was viewed by Speaker Pelosi as ineffective.

Prior committee hearings for Robert Mueller and Corey Lewandowski, which were meant to launch a true formal impeachment process, were seen as political disasters for Democrats.

The Intelligence Committee allowed Democrats to conduct depositors in secret and Chairman Schiff selectively leaked transcripts to advance the effort. It was also the first time in history the House did not grant equal rights to the minority party or confrontation rights to the accused.

On December 18, Democrats in the U.S. House voted to approve articles of impeachment against President Trump. The 45th President is only the third to be impeached in U.S. history.

It was the first time in modern history a partisan majority impeached a sitting president without any support from the minority.

On Article I, the vote was 230-197. Two Democrats—Reps. Collin Peterson, D-Minn., and Jeff Van Drew, D-N.J.—joined all Republicans to vote against the measure.

On Article II, the vote was 229-198. Three Democrats—Reps. Collin Peterson, D-Minn., Jeff Van Drew, D-N.J., and Jared Golden, D-Me.—joined all Republicans to vote against the measure.

While successful, the impeachment effort represented a failure to meet the very standards set by majority leaders of the Democratic Party, themselves.

Impeachment is so divisive to the country that unless there’s something so compelling and overwhelming and bipartisan, I don’t think we should go down that path, because it divides the country.

If the evidence isn’t sufficient to win bipartisan support for this, putting the country through a failed impeachment isn’t a good idea.

Impeachment should not be partisan. You have to be in a situation to undertake impeachment where you believe that once all the evidence is public, not a majority but a good fraction of the opposition voters who supported the president would say, ‘Well, they had to do it. It was the right thing to do.’

Rep. Van Drew announced he will leave the Democratic Party and become a Republican following that failure. Further, impeachment has strengthened the president’s political position and re-election chances.

Gallup finds President Trump’s approval rating has hit a new high of 49% and half of registered voters say he deserves to be re-elected in November.

The poll was conducted from January 16-29, squarely in the middle of the impeachment trial in the U.S. Senate. Fifty-two percent (52%) of Americans favor the U.S. Senate acquitting President Trump, while 46% were in favor of a conviction and removal.

Meanwhile, President Trump is now more popular in Utah than Senator Romney. The Mormon-heavy state was slow to warm up to the president, but now a majority approve of the job he is doing.