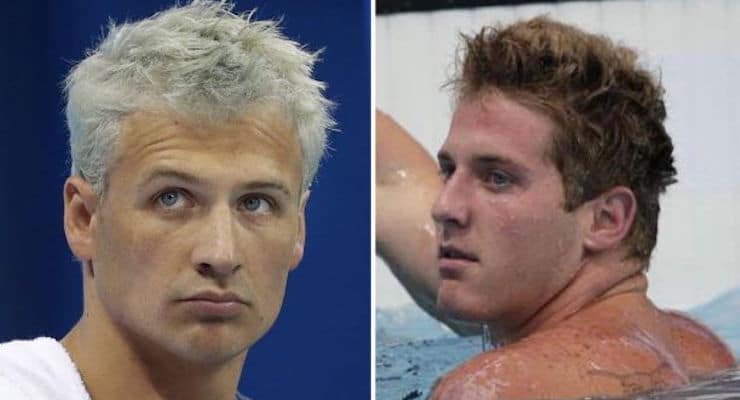 Two American Olympic swimmers, Jack Conger and Gunnar Bentz, were taken off their homebound flight and not allowed to leave Brazil until they give testimony to investigators regarding an alleged robbery that targeted a group of swimmers, their attorney said Thursday.

Ryan Lochte said he was with Conger, Bentz and Jimmy Feigen when they were robbed at gunpoint–the details of which have now changed–in a taxi by men with a police badge as they returned to the athletes’ village from a party. Lochte originally claimed he had a gun pointed at his head, but now says he only had a gun pointed at him. He also now says the taxi wasn’t pulled over by men with a badge, but that they were robbed after stopping at a gas station.

While Lochte made it back to the U.S., despite being told not to leave, he said he is cooperating with authorities. Mr. Feigen was also ordered to stay in Brazil. The office of Judge Keyla Blanc, who previously ordered the seizure of Lochte and Feigen’s passports, said in a statement that there were discrepancies in their statements. The U.S. Olympic Committee said police went to the athletes’ village to try to seize the passports, but the U.S. team had already moved out.

Representatives from the U.S. consulate arrived at the airport shortly after the swimmers were stopped from leaving.

Meanwhile, Jeff Ostrow, Mr. Lochte’s attorney, said there is no question the robbery occurred and his client is sticking to his story.

“Why would anybody fabricate anything?” Steve Lochte said. “It’s just ridiculous.”

But police officials with knowledge of the investigation said they cannot find their taxi driver that drove the swimmers on the night in question or witnesses from the robbery. The official spoke on condition of anonymity because the investigation is ongoing.