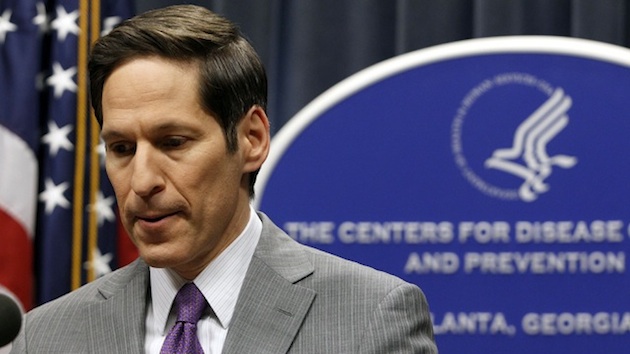 Centers for Disease Control and Prevention Director Dr. Thomas Frieden said a health care worker at a Dallas hospital had “extensive contact” on multiple occasions with Ebola patient Thomas Eric Duncan. Of course, Duncan, who was the first person diagnosed with Ebola in the U.S., died last week despite receiving the experimental serum.

If the preliminary diagnosis is confirmed, it would be the first known case of the disease being contracted or transmitted in the U.S., and Frieden said the confirmation results will be completed Sunday.

The Texas Department of State Health Service’s website released a statement that said in part that “confirmatory testing will be conducted by the Centers for Disease Control and Prevention in Atlanta.”

Frieden said the preliminary test indicates the levels of the virus are low in the nurse’s system. Prior, officials said they received information that there was a pet in the health care worker’s apartment, but they do not believe the pet has signs of having contracted Ebola.

“We are assessing her possible contacts from the moment she discovered symptoms,” Frieden also told CBS’ “Face the Nation” Sunday.

He said the CDC is evaluating both other health care workers who may have had the same breach of protocol as the nurse, as well as procedural errors, such as how the workers took off their gear. Investigators will take a look at dialysis and intubation, two procedures with the potential for spreading infectious material.